Toyota concerned about aging owner base for Lexus 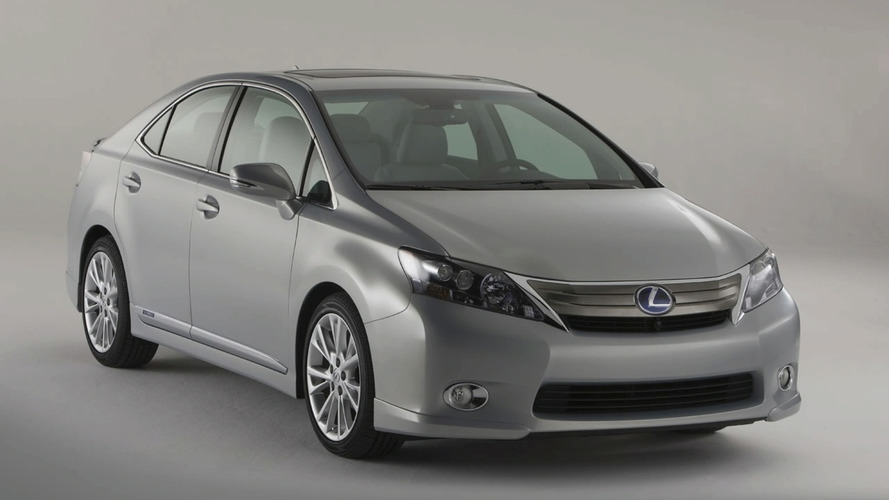 Lexus does not appear to be attracting younger buyers, something that probably worries its owner Toyota. Research says the average Lexus owner is 56 years of age, almost as old as the average Buick buyer!

Lexus is in danger of becoming another Buick, a brand known and bought for being quiet, safe, reliable and comfortable. And that's about it. According to research done by IHS Global Insight, Lexus buyers are looking at the same things as Buick buyers.

"Lexuses are dolled-up Toyota appliances," said Rebecca Lindland of IHS Global Insight. "They're built for reliability and dependability, not to generate excitement."

That means attributes like driving excitement and design quality are not top priority when customers go car shopping. Worse still the average Lexus owner is 56 years-old. Comparatively the average Buick buyer is approaches 70 years of age.

The Japanese premium car maker may be recognising this disturbing trend, hence the recently teased Audi A3/ BMW 1 Series competitor. There are also other segments dominated by youth in which it does not play.

"Part of the problem is that Lexus doesn't have a good entry crossover SUV like the BMW X3 and Audi Q5," Lindland said. The RX 350 -- Lexus' best-selling vehicle by a wide margin -- is about the same size as those vehicles, "but it's seen as a mom-mobile, darned near a minivan," she said. "You expect it to be driven by a woman with children.

Given that the SUV is the top seller for Lexus should raise eyebrows in a market dominated by cars like the BMW 3 Series and Mercedes-Benz C-Class. Additionally, it does not seem the introduction of two new vehicles, the IS sedan and even more powerful IS-F has not helped the company to challenged its segment rivals despite critical acclaim.

Hope bears down on the HS 250h hybrid which is due to launch this fall. A serious victory will be claimed if the premium hybrid can generate half the excitement as the Toyota Prius hybrid.  However, with an EPA rating of 35 mpg compared to the Prius' 51 mpg, it's already got one strike against it.

Gallery: Toyota concerned about aging owner base for Lexus