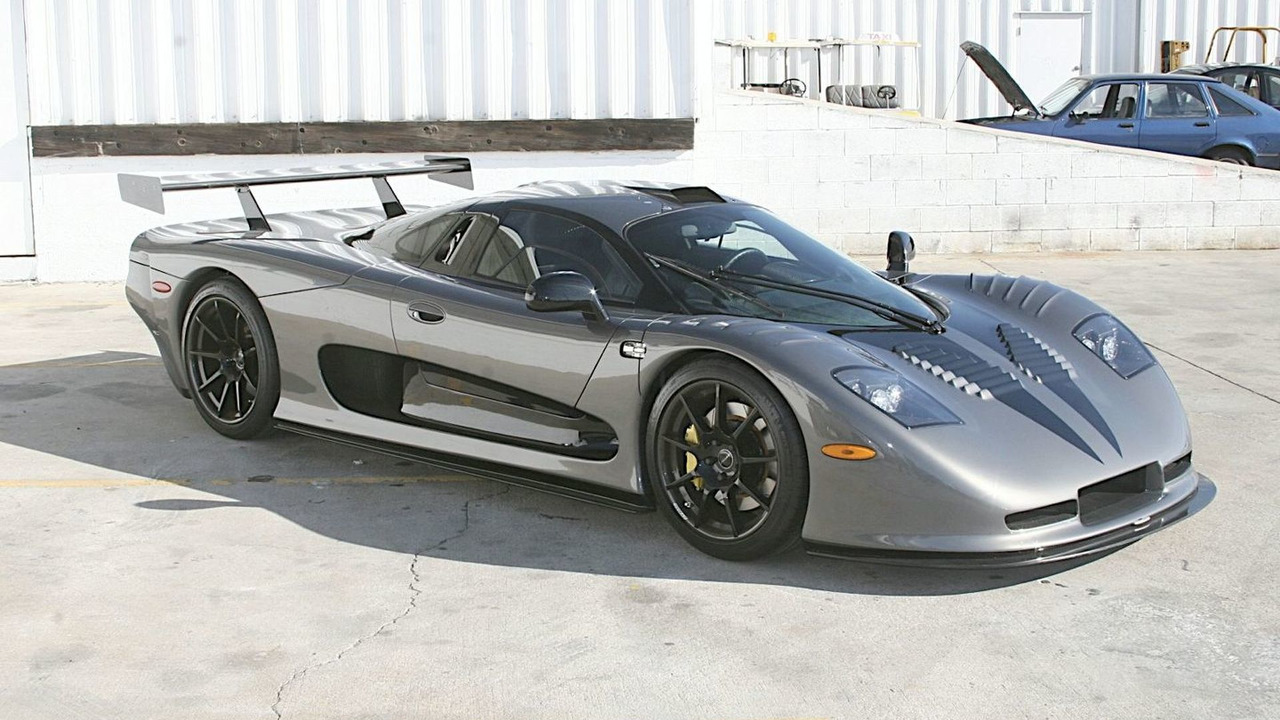 Most of us would be happy (ecstatic, really) to own the 2009 Mosler MT900 GTR XX. However, as is often the case with items that claim to be the best, somebody has come around to make it even better.

John Gocha (we hope that's not actually "Gotcha!") and his company, Intense Automotive Design, claim to have stripped and rebuilt a Mosler MT900 GTR XX. In doing so, they have created a one-of-a-kind hellion - if the car really does exist. Even if the car only exists on paper, the concept alone is magnificent.

Nicknamed "The Land Shark", this car weighs a full 250 kg (551 lbs) less than the already lightened GTR XX, coming in at 861 kg (1898 lbs) with its fuel tanks full. Yes, we said "tanks", as in plural. This car runs on a multi-fuel system using petrol, methanol, hydrogen, and ethanol. Gocha claims that the use of multiple fuels means he was able to register his car as a "hybrid" in California, meaning he gets to take this monster into the often wide-open carpool lanes of Los Angeles!

Here's where the story gets a little suspicious, and no offense to Gocha is meant by this. After all, Gocha has to realize that there will be skeptics when a relative unknown claims to have put something like this together. We all know that the GTR XX uses the GM LS7 engine which powers the Corvette. Gocha says his car utilizes an engine with a 381 cubic inch plant generating an unbelievable 2,500 horsepower, in part thanks to the twin turbos. We instantly thought that the engine he was using was the LSX from GM Performance Parts, which is capable of handling that kind of horsepower. However, the spec sheet says the block is from billet aluminum while the LSX is made of cast iron. He says his engine uses a 3.000" stroke and 4.500" bore, which would actually be a 382 cu. inch plant. His billet aluminum engine block and cylinder head has four injectors of varying sizes per cylinder, combined with racing fuel pumps capable of delivering six gallons (22.7 liters) per minute. Apparently, you can go really really fast in this car, just not for long. The engine also makes generous use of ceramic, titanium, and carbon to keep the weight down.

While the MT900 GTR normally goes from standstill to 100 km/h in 3.1 seconds, Gocha claims his version gets there in just over 2.5 seconds. His car allegedly hits 150 mph in 6.7 seconds, and 250 mph in 17.5 seconds. The car is capable of a nine second quarter-mile, reaching 178 mph by the time it gets there. Even more astonishing is the sprint to stop time. This car allegedly goes from zero to 150mph and back to a dead stop in 8.7 seconds. That's even faster than the Ultima GTR 0-100-0 time of 9.4 seconds, which seems remarkable.

Helping to achieve these unbelievable times is the car's aerodynamic body kit. As seen in these photos Gocha and co. have created a new front splitter, new dive planes, and a fully adjustable rear wing built from carbon fiber. Also added are new air intakes and outlets on the sides, and new intakes on the roof and upper body. They installed a full-length air ducting channel via the flat belly pan to get the best downward force possible.

Intense Automotive Design also claims to have developed an all-wheel-drive system of titanium and carbon fiber, matching the all-titanium suspension system. Carbon fiber Dymag wheels have a magnesium center, and uses titanium lug nuts to attach to the car. Front wheels measure 11.5x19", with bigger 14x20" rear wheels. With all that effort going in to weight savings, you wonder why an Alpine 7.1 Dolby Digital DVD system would be included. The In-Car PC and GPS also adds weight.

In the end, thanks to a 90 pound (40.8 kg) Trentek chassis, the extensive engine tuning, and body modifications, the car has an actual top speed of over 305 mph (491 km/h). In theory, the car could withstand 375 mph (603.5 km/h), while maintaining aerodynamics to 400 mph (643.7 km/h). Gocha says the car is scheduled for a few sprints during the 2009 Bonneville Speed Week, before it heads to the Nurburgring. Perhaps wishful thinking but Gocha also states IAD will try to score Michael Schumacher as the car's test driver.

Now, before you start casting stones, let us keep in mind another little twin-turbo Mosler that goes by the name of "Red Devil."  Remember this car?  Built by Nelson Racing Engineering for U.S. Mosler dealer Mike Vietro (aka Corvette Mike or Mosler Mike) it produces 1800hp (1635hp confirmed) and has performance specs within range of this suppossed Land Shark.

So, to John Gocha, if your car is really just a fantasy, by all means keep living the dream. But if you've built this thing for real, we need to see it to believe it. Scratch that; we need to drive it (or see it driven) to believe it.

Open the press release below for the full specs. It's highly recommended.