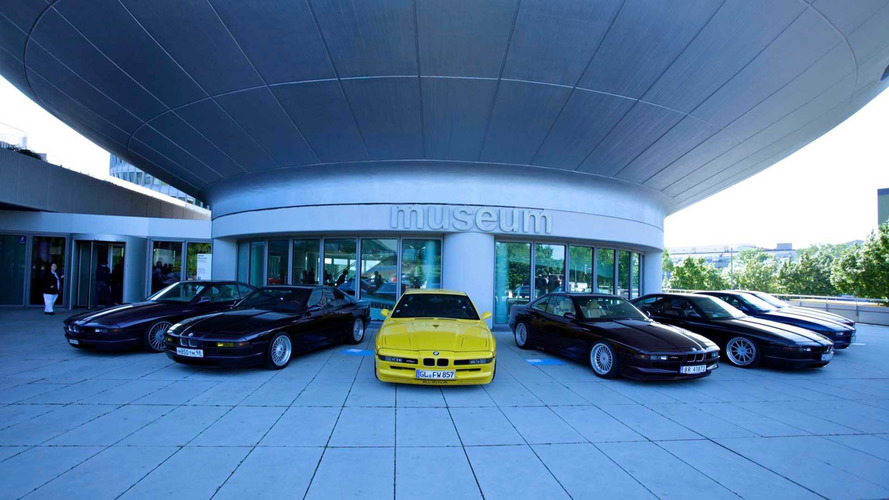 With a new 8 Series on deck, let's remind ourselves why we're excited to see this flagship get a second chance.

Ever since BMW’s new 8 Series teaser hit our inbox, we’ve gone a bit nostalgic for the loved-and-hated original. Looking back, we're reminded the world was a very different place when the E31 8 Series debuted at the Frankfurt Motor Show in 1989. Wedge shapes and pop-up headlights were all futuristic back then, and features like dynamic stability control were almost too much for a pre-internet, Windows 3.0 human mind to comprehend.

The 8 Series was also a very different kind of car for BMW to offer. The world was used to Munich pumping out exciting, tossable machines like the epic E30 M3, of which two could nearly fit in the space of a single 850. It was a massive coupe, weighing over two tons and utilizing a 5.0-liter V12 for motivation. As such, it was BMW’s first proper GT car – very much an experiment for the company but also a revolutionary machine for the entire auto industry. The benefit of hindsight tells us it was a failure on many fronts, but we’ll come back to that in a bit. First, let’s take a look at what made the 1990-1999 8 Series so revolutionary.

For starters, the 1990 BMW 850i was the first road car to offer a V12 with a six-speed manual transmission, in addition to its four-speed automatic. It was a technological powerhouse, utilizing the first advanced multiplex electrical system that allowed various on-board devices and computer systems to communicate with each other. It was among the first vehicles to have a drive-by-wire throttle system. It had speed-sensitive steering with electronic dampers and a trick multi-link rear axle with a passive rear steering feature.

Inside the 850i, driver and passengers had seat belts integrated into the seats and power everything, including a electronic telescoping steering column with memory settings. A deluxe sound system with a built-in multi-disc CD changer and a cellular phone – while archaic by today’s standards – were beyond state-of-the-art for 1990. The windows were even programmed to automatically open and close with the doors to provide a better seal for reduced wind noise.

All this pomp and circumstance also added weight, which was an early criticism of the big Bimmer. In addition, the V12 only made 300 horsepower and it was a terrifically complicated engine to work on. In 1993 BMW addressed the performance issue with the 850CSi, packing a larger 5.6-liter V12 making 381 horsepower that could send the svelte coupe to 60 miles per hour in under six seconds, en route to a top speed over 180 mph. A mid-range 850Ci with a 5.4-liter V12 also joined the lineup, as did the “base” 840Ci with a 4.0-liter V8 making 286 horsepower. An M8 prototype with 550 horsepower was almost a reality, but sadly it never came to be.

So yes, the E31 was beautiful and amazing and powerful, but its complexity would also be its undoing. The electrical systems that offered so much technological wizardry would often malfunction or fail outright. The big V12 became notorious for poor reliability and required constant maintenance. And anyone who knows used BMWs is aware of just how expensive such maintenance can be on mainstream models, never mind the E31 flagship. Such issues could be forgiven in exchange for amazing performance, but the size and weight of the 8 Series prevented it from ever crossing over to the supercar realm. These were $100,000 cars when new, but between the high maintenance costs and modest performance, decent examples can be had today for $10,000 or even less.

7,232 8 Series cars were sold in the United States before the lineup exited the North American market in 1997, with 31,062 sold worldwide when E31 production ceased in 1999. Despite its flaws, the 8 Series has a devoted following, and for what it’s worth, we’re happy to see its resurrection. If BMW takes the lessons learned from the original 8 Series, the next generation certainly has the potential to be amazing.