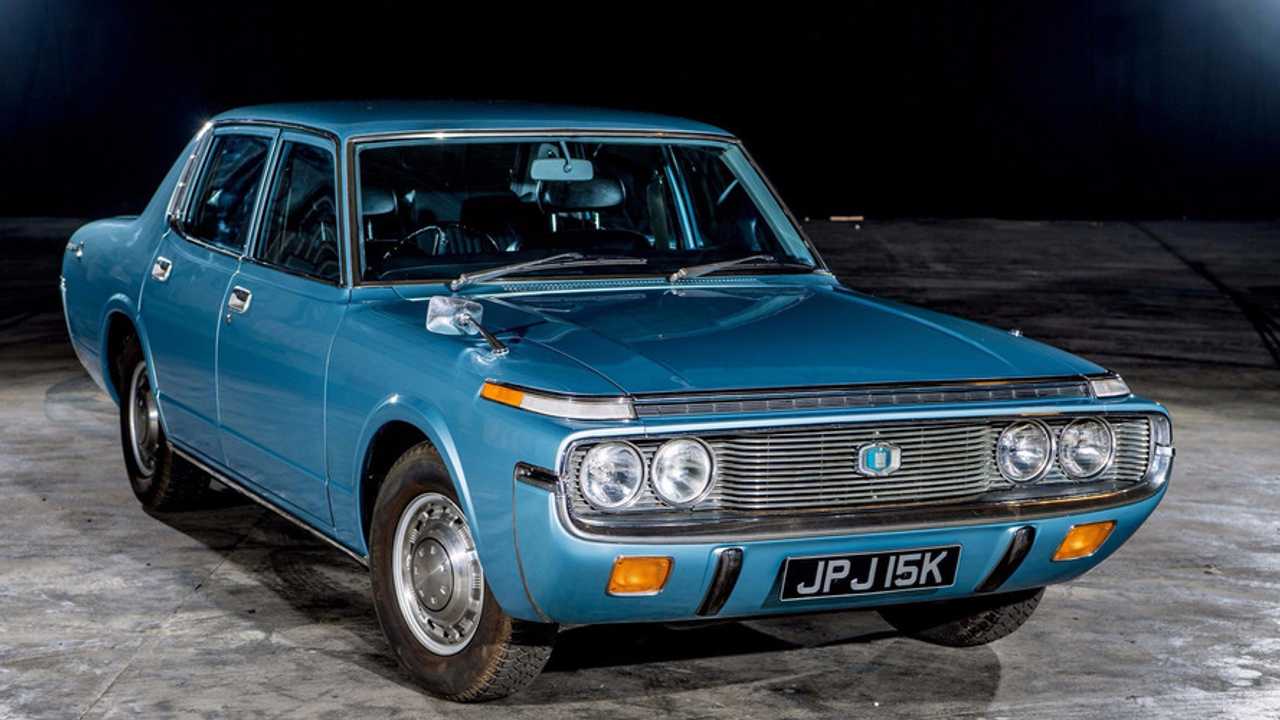 The car is believed to be one of only two examples still roadworthy in the United Kingdom.

When Robin Shepherd spotted this 1972 Toyota Crown 2600 De Luxe outside a repair shop in the U.K. countryside around Dunsfold, he did what all proper car enthusiasts do when they see a rare ride sitting at a shop – he stopped in to ask about buying it. Shepherd had no idea his close friend Nick Garrick was a grandson of the Crown’s original owners, Percy and Ethel Cole.

At this point some of you might be wondering what the heck a Toyota Crown 2600 De Luxe is. That’s a legitimate question, because Toyota stopped sending these cars to the U.S. in 1974, and the U.K. a few years later. However, the Toyota Crown has the distinction of being the longest running nameplate in the manufacturer’s stable, having entered the arena in 1955 and still serving the Japanese market today. Outside that market, the current Crown’s underpinnings are found in the Lexus GS series.

What makes the fourth-generation Crown so interesting is that it was rather ahead of its time. Features like an electronically controlled automatic transmission and anti-lock brakes were certainly cutting edge for 1972.  But it’s the integrated front and rear bumpers – a design trend that wouldn’t become mainstream for years – that set the Crown apart from pretty much everything else on the road.

Unfortunately for Toyota, buyers in the early 1970s weren’t ready for such things. Sales were slow in the U.K. and even worse in the U.S., which is why the Crown was ultimately pulled from those markets. It’s also why this particular Crown 2600 De Luxe is believed to be just one of two in the U.K. that are still roadworthy, according to Toyota.

It was purchased brand new in 1972 for £2,303 (roughly $2,900) and enjoyed a leisurely, well-kept life in the care of Percy and Ethel. It’s said that the car was garage-kept and rarely exceeded 30 miles per hour when being casually paraded around the Surrey Hills, a tidbit of information supported by a dealer-supplied “running in” sticker that still sits in the rear window. The Crown has a 2.6-liter inline six that’s good for 140 horsepower, and it’s done just over 60,000 miles.

The car eventually passed to Percy Cole, Jr. who kept the car maintained in storage for another 10 years. The maintenance stopped shortly after 2000, and it sat completely untouched until October 2016, when the family decided to fix it up and sell. Enter Shepherd, who bought the car, took care of a few minor maintenance issues, and got the old Toyota road-legal.

Rarity isn’t the only thing that makes this particular car special. All old cars have a unique history, but those stories are often lost through the passage of time. Through coincidence, Shepherd has those stories thanks to his friend Nick Garrick, who rode in the back seat of this very car when it was new. Garrick and Shepherd were both on hand during a photo shoot for Toyota's blog, which recently featured the vintage Crown to celebrate its 45th birthday.

We don’t know what Robin Shepherd paid for this rare Toyota, but for many enthusiasts, having the full story of its history makes this gem priceless.

In 1972 the Crown De Luxe saloon was the most luxurious Toyota British customers could buy. An exclusive and unusual car in its day – there was even a refrigerated compartment in the boot – it is now an exceptionally rare machine, which makes the emergence of a fine example from 25 years in storage all the more special.

Not only has this time-warp Toyota returned to the road, it has also been reunited with the family of its original owner, as detailed in a full feature newly published on the official Toyota blog to mark the car’s 45th anniversary.

The plush model was purchased new by Surrey couple Percy and Ethel Cole, its list price of £2,303 equivalent to around £29,500 in today’s money. It was treated with great care, rarely driven above 30mph and kept in dry storage whenever not in use. Mr Cole even kept the original “running in” sticker displayed on the rear window to excuse his preferred slower pace of driving.

His enthusiasm for the Crown was inherited from his father, who owned a previous generation model, and was passed on in turn to his own son, who bought a later-model Crown Coupe, from the same dealership near Guildford. Following his father’s death, Mr Cole junior cared for the Crown saloon for another 10 years before putting it into storage, where it remained untouched until October last year.

While the family considered whether to commission the work needed to make the Crown roadworthy again, the car was spotted on a garage forecourt by classic vehicle enthusiast Robin Shepherd. Impressed by its looks and recognising its rarity, he purchased the car and had the necessary repairs made, so that the venerable Toyota can once again cruise serenely through the Surrey Hills.

In a coda to the story, Robin later learned that Nick Garrick, a close friend and fellow classic motorcycle enthusiast, was a grandson of the Crown’s original owner. He was able to join Toyota’s anniversary photoshoot and share his childhood memories of travelling in the car when it was brand new.