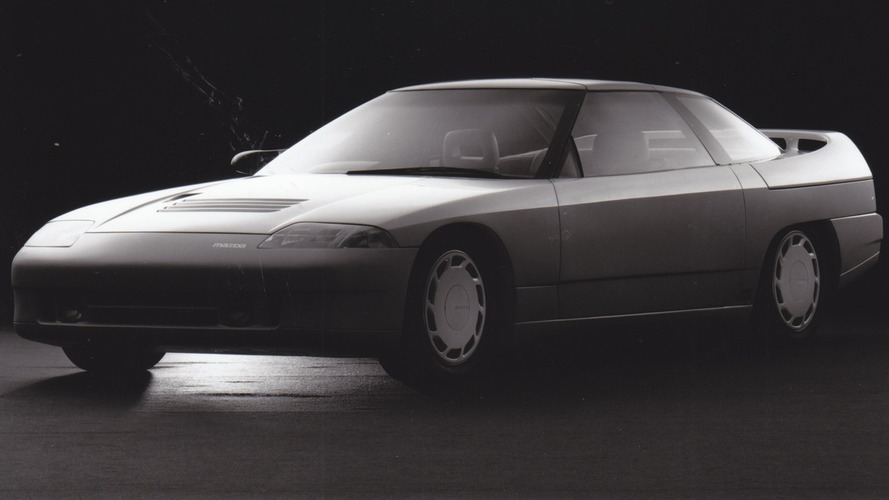 A tech-laden concept to showcase the very best Mazda had to offer in 1985.

A technological tour de force, we believe the low-slung large coupe is worthy of your attention as it had some amazing specs and a futuristic interior.

The second-generation RX-7 was undoubtedly Mazda’s star at the Tokyo show roughly 32 years ago, so you could say it stole the MX-03's thunder. Packing all the tech bells and whistles the Japanese marque had at that moment, the four-seater received a sophisticated three-rotor, turbocharged 1962cc engine pushing out a respectable 315 horsepower.

All that Zoom-Zoom power was channeled to both axles through a four-speed automatic transmission that had a cool gearshift shaped like a pistol grip. For a concept that came out in 1985, it’s quite remarkable the MX-03 had four-wheel steering to improve cornering stability as well as the steering’s response and precision. The full-time four-wheel-drive system featured an electronically controlled torque-split mechanism adjustable via a button installed inside the cabin where there was a jet fighter-styled steering wheel.

If you’re wondering why it does not have a wing mirror on the passenger’s side, it’s because Mazda decided to get rid of it as a way to reduce drag and boost the car’s aerodynamic efficiency. For the same reason, an integrated rear spoiler was added, while the wheel housings were tweaked as well to make the car as sleek as possible. The end result? A drag coefficient of only 0.25.

Since it was designed right from the beginning to remain strictly a concept, Mazda had the freedom to go all out with the MX-03, hence the futuristic interior with a head-up display, a digital dashboard, and high-tech controls.

Performance-wise, Mazda said the 2+2 coupe had a top speed of 180 mph (290 kph), but truth be told it was more of a theoretical figure since the MX-03’s maximum velocity was never actually tested. Same goes for its 0-60 mph (0-96 kph) sprint said to take around 4.7 seconds. Nevertheless, it must’ve been properly quick.