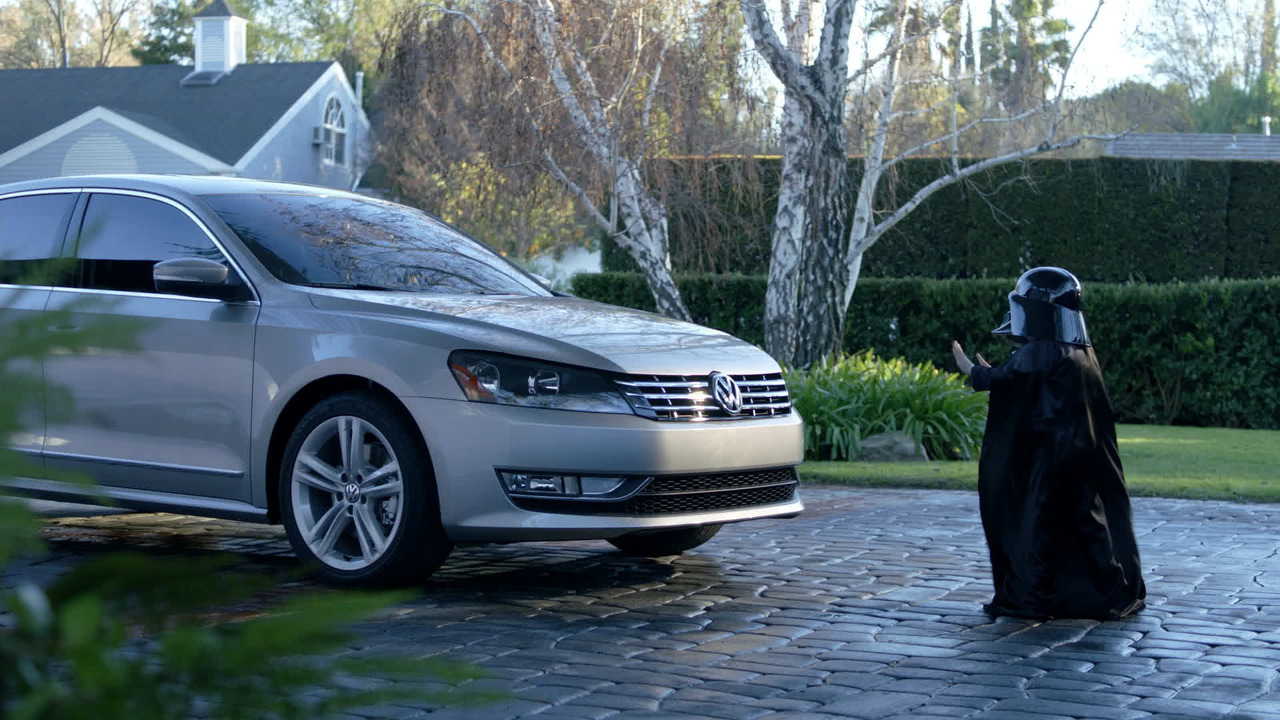 Overprotective dads, Prius car chases, and a Mustang driver left out in the cold.

When millions of us settle down this weekend to watch the Super Bowl, there will be much more to see than just four quarters of gridiron competition. As always, Super Bowl commercials are a highlight of the big game, with companies dumping their best talent and biggest budgets in order to grab viewers’ attention between the action.

This year is no exception, with plenty of advertisements expected from a plethora of automakers such as Hyundai, Audi, Porsche, and others. However, now is a great time to take a look back through recent years at some of the funniest spots that arguably stole the show.

Honda: "A New Truck to Love"

What happens when you have an in-bed audio system and more than a dozen singing sheep? Honda's 2016 Ridgeline ad "A New Truck to Love" showed us exactly that. In the clip, a group of sheep come together to the tune of Queen’s hit song Somebody to Love. The ad spot has been viewed more than 7 million times on the Honda YouTube channel.

Hyundai definitely has a knack for funny Super Bowl commercials, as this list will show. In 2019, the automaker teamed up with Jason Bateman to highlight an uncomfortable truth – shopping for a new car can really suck. What's worse than new-car shopping? Root canals, uncomfortable coming-of-age conversations, vegan dinner parties, and jury duty to name just a few. As such, the commercial didn't promote a specific vehicle, but Hyundai's Shopper Assurance program which promised a kinder, gentler experience.

In 2011, VW paired the power of the Dark Side with the then-new 2012 Passat. It shows a young boy doing his best Darth Vader impression, attempting to use The Force on things like the fridge, the sink, and even the family dog, with no success. Then he comes across dad’s new Passat – and well, the rest is Super Bowl ad history.

If sending your teenage kids out to drive by themselves is scary on its own, imagine how terrified this dad, played by Kevin Hart, feels when his daughter goes out on a date in his new Hyundai Genesis. Hart, however, has a trump card up his sleeve: By using the Hyundai’s Blue Link telematics system, he can track the couple’s location on his smartwatch and keep tabs on their date with the Car Finder feature. This ad, which is probably every teenage boy’s worst nightmare, won USA Today’s coveted “Ad Meter” award during the 2016 Super Bowl.

It wasn’t even an automaker that had one of the funniest Super Bowl commercials of 2011. Instead, Bridgestone debuted its hilarious “Reply All” ad spot, which previewed the horrors of accidentally sending an email to everyone in a specific thread. According to AdWeek, it was actually inspired by an errant reply-all email that was sent by the spot’s creative director.

The Prius may not seem like an appropriate getaway car, but when bank robbers got behind the wheel of the hybrid in 2016’s “The Longest Chase,” it made for Super Bowl commercial gold. It saw four thieves become a sort of global phenomenon, appearing in music videos, news reports, and even game shows after avoiding police and making their way to the highway. The goal was to show off the car’s 58 mile-per-gallon range on the highway… just don’t try running from the police in real life.

General Motors asked filmmakers to submit their own ads for the company’s Super Bowl XLVI spots, and this one, by then-26-year-old Zach Borst, got big laughs. It’s a classic case of dramatic irony, with a recent grad excited to see the gift his parents got him: A brand-new yellow Chevy Camaro convertible. Except, uh, that’s not the gift his folks actually got him for college. Watch the video to see how disappointed he’ll be when he figures it out.

Who wouldn’t want to live in a town called Ryanville? Populated exclusively by men that look like movie star Ryan Reynolds, this 2016 Super Bowl spot touted the new Hyundai Elantra’s automated stopping power when the two drivers become distracted by the, uh, scenery.

This 2004 commercial shows unhappy children with bars of soap in their mouths. The reason? Wait until the end, when a child sees the new Chevy SSR – that weird power-hardtop truck-slash-convertible – and starts a sentence with, “Holy” before the SSR’s exhaust note covers up his next word. At the time, Ad Age called the spot, “a perfectly constructed, perfectly casted and even perfectly photo-composed setup.”

Introducing a convertible in winter can be a tough sell – who’s thinking of top-down driving when there’s snow and ice on the road? Ford, however, used that incongruity to its favor and, in 2005, used a Super Bowl commercial to highlight the new Mustang convertible. The clip shows what happens when a convertible fan gets a little too excited about their new car, driving top-down in sub-zero weather for too long. The gag takes a while to develop, but it’s a great way to show off the topless Mustang.

Kia touted its new Optima sedan as “the world’s most exciting pair of socks,” during this 2016 Super Bowl ad spot, in an effort to do away with the beige and boring socks (sedans) of the world. Of course, the slogan sounds much better when it’s uttered by actor Christopher Walken.

Oh the irony… Audi’s 2010 Super Bowl spot “Green Police” police gave us an overly-dramatic, hilarious look at green living, all to the tune of Cheap Trick’s The Dream Police soundtrack while touting the efficiency of the A3 TDI "Clean Diesel." Naturally, we know now that VW’s idea of clean diesel, well, isn’t. Still, it’s a funny commercial nonetheless.

The “Robot” clip does elicit a laugh at the end, but it’s not without some complicated, tragic moments. Ostensibly intended to show the attention-to-detail GM intended with its new five-year/100,000-mile warranties, it follows the story of an industrial robot who daydreams of making a mistake and, out of shame, jumping off a bridge. But Robert Gebbia, then the executive director of the American Foundation for Suicide Prevention, told The Washington Post that, “It was inappropriate to use depression and suicide as a way to sell cars.” You tell us: Is this ad funny or exploitative?

Well before the NSX hit dealerships in 2015, Acura was dishing out Super Bowl commercials to tease its highly anticipated new sports car. In 2012, the automaker teamed up with Jerry Seinfeld – comedian and avid car collector – to create the spot entitled "Transactions." In it, we see Seinfeld attempting to swoon the owner of the very first reservation spot for the new car, offering up things like cash, the Soup Nazi character, and even a dancing holographic monkey, all to no avail.

In 2017, Melissa McCarthy was on a mission to save the planet, everything from ice caps to rhinos. Of course, she couldn’t do it all without a bit of help from the then-new Niro Hybrid SUV… and without getting into a bit of trouble in the process.