You can tell from the cannon-like exhaust pipe the concept screams performance.

Because the retro-futuristic concept styled by Pininfarina is still turning heads after almost half a century and it also has the performance to back up the spectacular appearance.

Created in the early days of the wedge era, the concept started off with a chassis borrowed from Abarth 2000 Sport Spider SE and then Pininfarina worked its magic to turn it into a piece of art. Notice the wraparound windshield and the absence of A-pillars creating a 180-degree cockpit view. There’s also a central pop-up headlight bar with six separate lights, while the rear end seems unfinished and hosts a glass canopy providing a spectacular view of the engine.

Speaking of which, you might be tempted to believe that with such a thrilling design, the one-off has at least an eight-cylinder engine providing the power, if not a V12. However, in reality it only has a small 2.0-liter four-cylinder Fiat engine upgraded by Abarth to deliver a healthy 220 hp (164 kW). 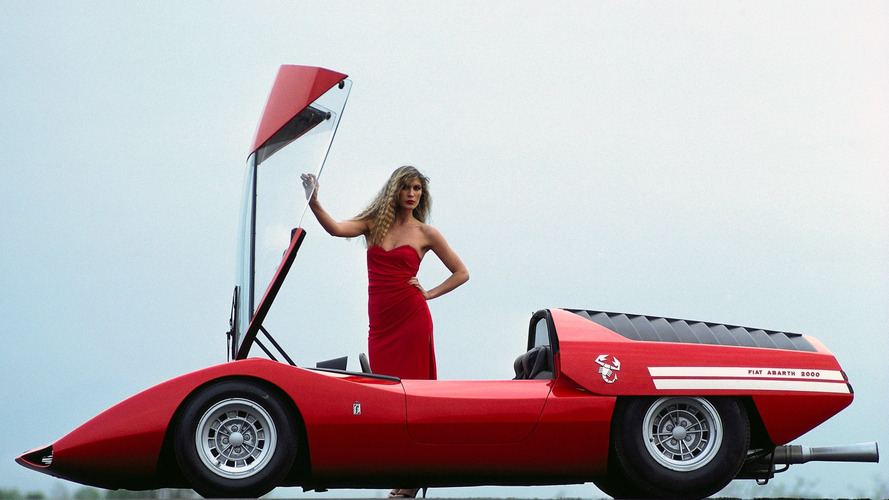 By now you are probably thinking the four-banger does not do the concept’s supercar-like design justice, but for a vehicle built in the late 1960s, it actually generates plenty of punch. Keep in mind the Fiat Abarth 2000 Scorpione has a dry weight of just 1,477 lbs (670 kg), so it doesn’t need to be extremely powerful in order to be seriously fast. While details about the sprint time were never released, Abarth did say the low-slung concept was able to max out at a respectable 175 mph (281 kph), although that might have been a theoretical top speed.

Unlike some of the other concepts we’ve talked about in past weeks, the Fiat Abarth 2000 Scorpione was, and probably still is, fully functional. It made an appearance a couple of years ago at the Concorso d'Eleganza Villa d'Este where the gathered audience was stunned not just by its amazing design, but also by the brutal sound coming out of that massive exhaust looking like a tank’s turret.

Japanese architect Shiro Kosaka owns the car nowadays, and he was able to buy it from Fiat only after agreeing to open a museum. That he did in 1992 and since then the concept has been on display at the Gallery Abarth near Yamanaka Lake in Japan.