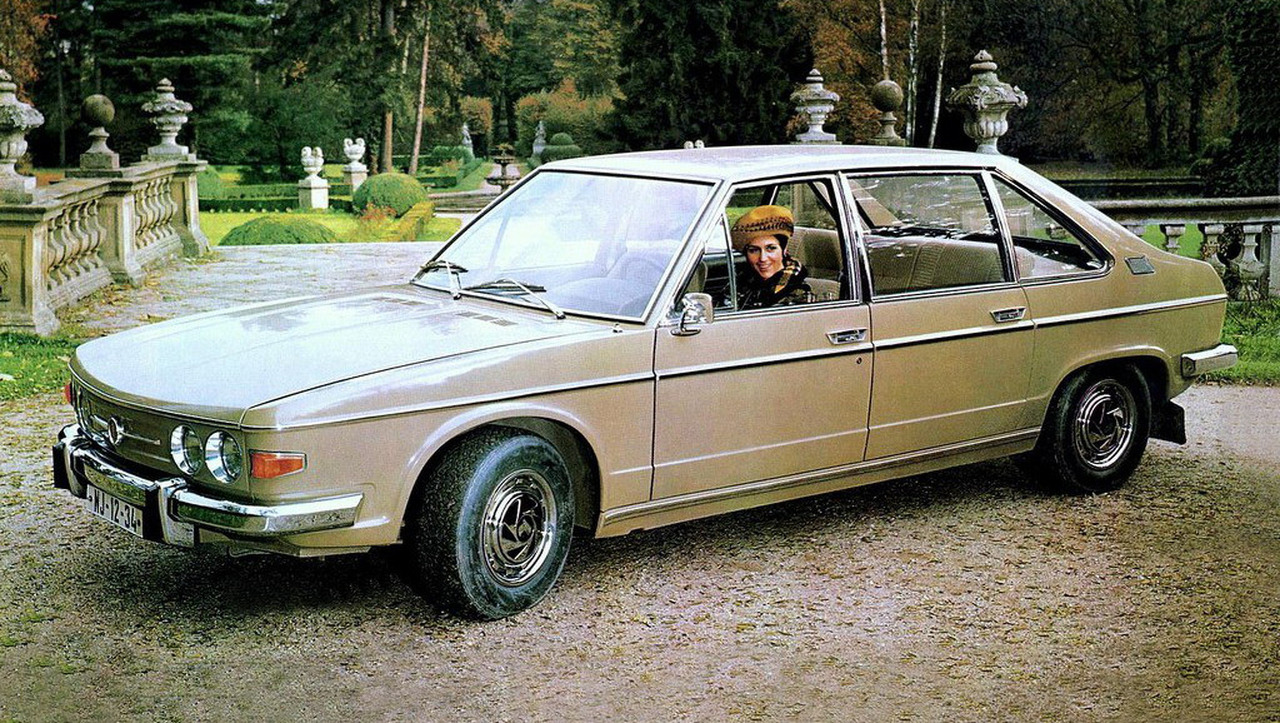 In May this year we met the Tatra 603 and now it’s time to remember its successor, the Tatra 613.

This is a large luxury sedan, manufactured by the Czechoslovak manufacturer Tatra. It had a relatively minor success on the market, but is still regarded as one of the most technologically-advanced vehicles from the Soviet Bloc

Production started in 1974 and the last example rolled off the assembly line in the city of Koprivnice in 1996, more than 20 years after the model was launched.

When it was first introduced, the 613 featured a 3.5-liter V8 naturally-aspirated, air-cooled, DOHC petrol engine, delivering 165 horsepower (123 kilowatts) to the rear wheels through a four-speed manual gearbox with floor-mounted gear change lever. The motor is longitudinally mounted and has four cylinders ahead of the rear axle line and four cylinders behind it, described by many as a semi-mid-engine layout.

Stopping power is provided by a dual-circuit, servo-assisted braking system with ventilated disc brakes on all four wheels. McPherson strut front suspension and semi-trailing arms at the back were used.

Let’s talk design. This well-proportioned luxury sedan featured a body styled by the famous Italian coachbuilder Vignale – a name, which was resurrected by Ford of Europe in 2013 for the Ford Vignale series. The Italians started designing the 613 in 1968 and were ready with the final product a few years later.

At first, it had a double headlights layout, much similar to the later 603 models. The overall shape of the two large cars from different generations is similar, but the 613 features more edgy and modern forms with longer hood and slightly shorter overhangs.

Just like its predecessor, the car was mostly used by government officials and industry executives. Limited numbers were handed to the secret police of Czechoslovakia and even North Korea ordered a few thousand for its police.

Later during the model’s life, it was exported to the United Kingdom as a rival for some BMWs and Jaguars, at least on paper. Despite its many upgrades over the standard version, including a five-speed gearbox and electronic fuel injection for a maximum output of 200 hp (149 kW), it never had a massive success, mainly because of its high starting price of around £30,000 ($37,000 at current exchange rates). The car was even featured in a Top Gear episode from 1993 (see the second video below).

Оffering such a technologically exotic vehicle is a thing to admire, especially back in the mid and late 1990s, when modern automotive trends like unification and downsizing began their march.