There will be several electric pickups on sale by this time next year.

The 2022 Ford F-150 Lightning should be hitting showrooms a year from now, but it won’t be the only electric pickup available to consumers by that time. The GMC Hummer EV, Tesla Cybertruck, and Rivian R1T should already be on the street. While all four electric trucks are designed to carry and haul things, they all go about it in different ways. So let’s see how the four electric pickups compare.

Right off the bat, the F-150 Lightning is the least powerful of the bunch, though it’s also one of the cheapest. The Cybertruck is a smidge cheaper than the F-150 Lightning with both trucks starting under $40,000, but the Ford is still eligible for thousands in federal and state incentives that ultimately make it more affordable than the Tesla. Meanwhile, the Hummer EV will launch with a staggering starting price of $112,000 for its most powerful version. More affordable versions will launch in subsequent years including a base model that starts below $80,000. The Rivian isn’t cheap either, with its $67,500 price tag.

One caveat with the data in these charts is that full details about other trims and configurations still aren’t available for every model. The F-150 Lightning is offered with a dual-motor setup, while the Hummer has dual- and tri-motor configurations. The Tesla comes with the option of having one, two, or three electric motors. Horsepower and torque figures in the chart are for the most powerful available model.

The F-150 is also the slowest of the bunch, with a sprint to 60 miles per hour (96 kilometers per hour) happening in the mid-4-second range, which is still quick for a pickup truck. That will make it one of the fastest pickup trucks ever compared to current and past models, but not fast enough to match the Cybertruck or Hummer EV. The F-150 is also down on range, offering either 230 or 300 miles with the standard and extended battery options, respectively.

GMC hasn’t divulged the towing and payload capacity figures for the Hummer, though it should fall in line with the others, which are all very similar. The Rivian has the lowest payload capacity of the bunch though it beats the F-150’s towing capacity by 1,000 pounds. The Tesla offers the best for both. 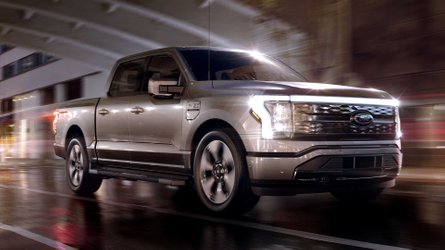 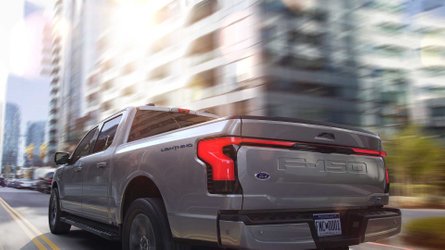 While the F-150 will be the last of the electric pickups to arrive to market, the others feature a staggered rollout. The Hummer will arrive later this year, with the other less-powerful variants debuting in 2022, 2023, and 2024. The cheaper Rivian R1T is expected to arrive at a later date, as well. By early 2023, the electric Chevy Silverado should be on the market, and there are several startups also readying electric pickups. Consumers should have no shortage of choice.