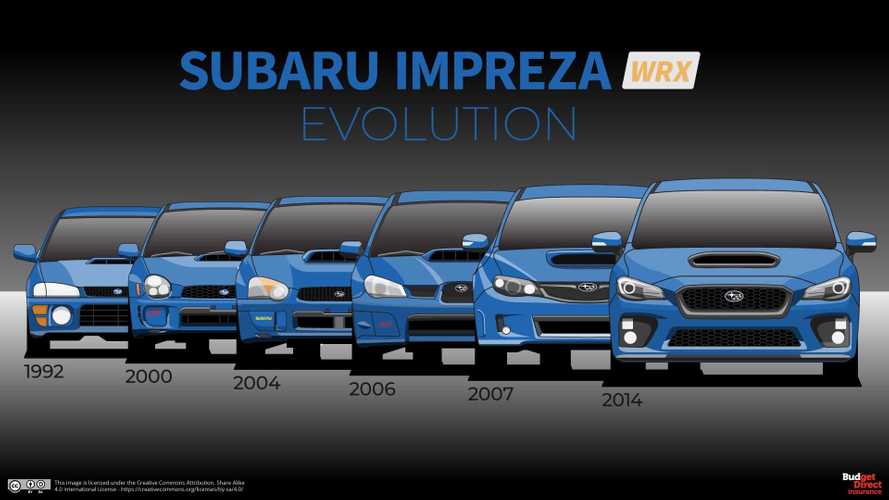 The US missed out on some icons.

The Subaru Impreza isn't the most exciting model when it stands on its own. However, the addition of three letters – WRX – or six – WRX STI – changes the game, quickly becoming a formidable performance machine that takes full advantage of Subaru's all-wheel-drive expertise. But the car we have today is a far departure from the Impreza that Subaru introduced nearly 20 years ago.

The US missed out on the first-generation Impreza WRX and WRX STI, which are some of the most desirable models today. The stripped-down RA version took things to the extreme with no A/C, anti-lock brakes, or horn. In 1994, Subaru introduced the WRX STI, which took the WRX and further upgraded it.

The second-generation Impreza introduced the controversial "Bug Eye" design while increasing the model's dimensions. The "New Age" Impreza design saw the coupe body style disappear, but it was also the generation that saw the WRX arrive in the US for the first time in 2002. The polarizing styling would go through two revisions before the third-generation model's debut.

The first facelift attempted to rework the front-end design, eliminating the round "Bug Eye" design only to replace it with what'd be dubbed the "Blob Eye" design, which was an improvement. The WRX model also got a tweaked suspension for improved handling while other small changes were made inside. The 2004 design previewed the next-gen redesign that'd arrive just two years later.

The second facelift, pulling from the automaker's aviation heritage, introduced the automaker's new corporate face. It was a substantial refresh with new headlights, a new grille, and a new bumper. Subaru fans nicknamed it the "Hawkeye" design. The updated model also saw Subaru replace the WRX's 2.0-liter engine for a larger 2.5-liter one while tweaking the chassis and brakes.

The third-generation Impreza further refined the car's design, growing in size again over the outgoing model – it was wider and longer than before. The third-gen also saw Subaru replace the wagon with a five-door hatchback variant. The new WRX was mostly unchanged, carrying over the previous-gen model's engine with a few other changes inside and out.

The fourth-gen WRX marked a shift for the automaker, removing the WRX and WRX STI models from under the Impreza brand in the US. However, it still shares an overall shape with its former stablemate, though it wears a unique front end and rear quarters. Subaru also introduced the turbocharged 2.0-liter FA20F engine with the WRX. The fifth-gen model is expected to arrive in 2021 or 2022.

Check Out More Makes And Models Through The Years:

10 Generations Of Honda Accord Show The Family Sedan's Evolution