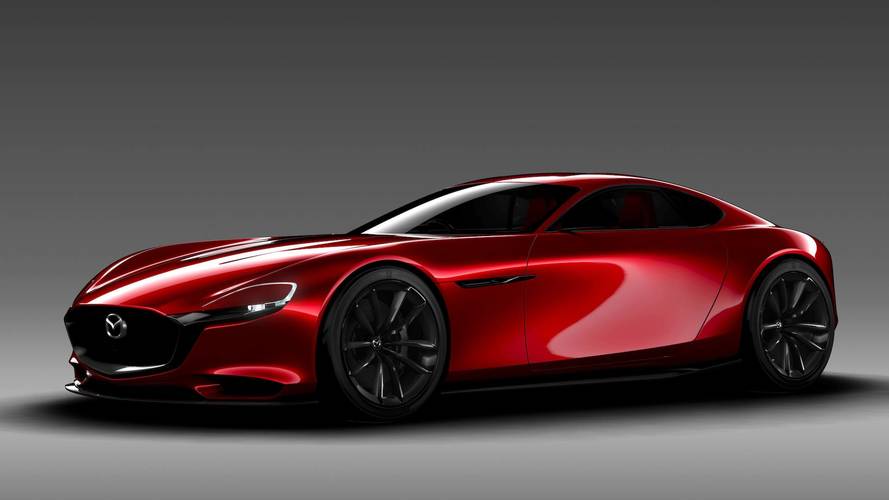 Design-wise, Mazda is on a roll. Like many automakers, Mazda’s concept vehicles offer a peek at what future vehicles may look like – some more than others. Most recently, the brand unveiled two stunning concepts – the Mazda Vision Coupe and Mazda Kai  – at the 2017 Tokyo Motor Show. As gorgeous as those vehicles may be, let's take this opportunity to reminisce upon some other recent Mazda concept vehicles.

Just look at this red beauty: a two-door, two-seat, rear-drive sports car. Its long hood and wide fender flares are all part of Mazda’s Kodo (meaning “soul of motion”) design language Out back, dual circular taillights look like modernized RX-7 units. The concept’s overall profile, however, looks similar to a Mercedes-AMG GT S. Under the hood, things get even more interesting. A new Skyactiv-R rotary engine shows Mazda hasn’t given up on the unique engine tech. Although there are no official plans to bring the RX-Vision concept to production, Mazda has made it very clear (on its own website) that it “hopes to one day make [the RX-Vision] into a reality.”

Shown at the 2010 Los Angeles Auto Show, this four-door sedan concept was the first vehicle to wear Mazda’s Kodo design language. The deeply sculpted body and pronounced wheel arches gave the Shinari a muscular appearance. Some of this concept’s design cues saw production in the form of the current Mazda6, albeit the 21-inch wheels, thin mirrors, and frameless doors didn’t make the cut.

Unlike the other concept vehicles on this list, the Furai had no intentions of becoming a production vehicle – I mean, just look at that rear wing. Underneath the beautifully sculpted body was a Le Mans chassis and a mid-mounted 450-horsepower rotary engine. Top Gear Magazine had an exclusive first drive of this track monster, but the event ended after the Furai concept caught fire.

At the 2007 Tokyo Motor Show, Mazda displayed this, the Taiki: a rear-wheel-drive sports car concept with, let’s say, different styling. With this concept, Mazda employed a “flow” theme inside and out. If you look at this concept straight on from the rear and squint a little bit, you can can almost see the shape of a McLaren P1. Step around the car and it’s clearly not a P1 with skirted rear wheels that stick out from the body. This unusual coupe was powered by a version of the RX-8’s rotary engine.

At the 2006 New York Auto Show, Mazda was throwing around the idea of a four-seat, rear-drive, sports coupe. Although instead a of 2+2 setup, three people could sit up front, and one lonely passenger could sit in single rear seat. That rear seat had a cool minivan-esque sliding door, however. The Kabura was also designed by Franz von Holzhausen: the man behind the styling of the Pontiac Solstice.