The year was 1987. AMG and Mercedes hadn't yet officially cemented their relationship, and it was exactly 20 years before the C63 AMG would arrive. That was when the Mercedes 190E 3.2 AMG rolled into existence.

Complete with 231 hp and 234 lb-ft, the in-line six-cylinder engine, the 190E AMG 3.2 was a monster by the standards of the time. Journos even gave it the nickname "Baby Hammer," as a nod to its position as a somewhat more attainable version of the ludicrous, supercar-slaying V8 190E known simply as ‘The Hammer.’

Mind you, attainable is a rather generous term. Only 200 of these 3.2 AMGs were made (although you could buy the body kit and engine separately and do a retro-fit job), and they cost much more than the average family house of the era.

And here I am, sliding into a "Baby Hammer." So much is familiar from my beloved old 190E, and yet so much is different. The seats, the dials, the muted whuffle from under the hood.

Yet it’s evident from the moment I set off that this is not brimming with handling pizzazz. Which is a shame, since I’m driving it around Silverstone’s GP circuit. 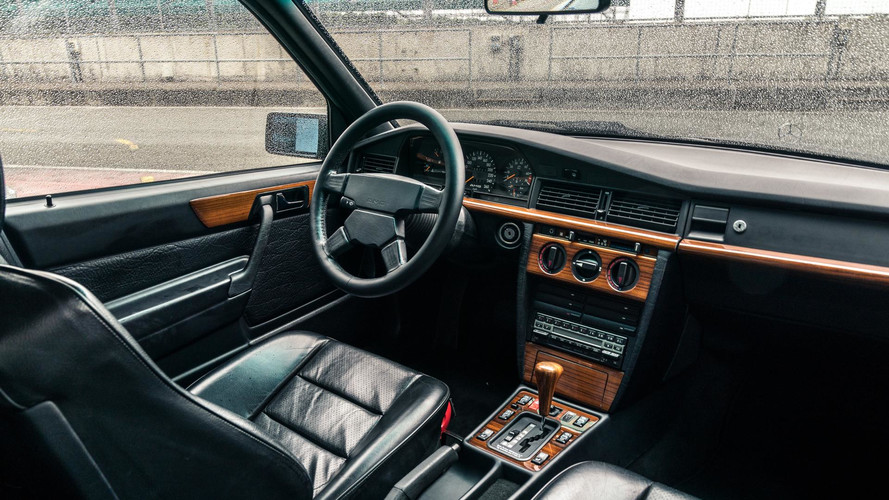 The throttle travel is comically long, the steering response about as precise as painting with your fists and it leans like a beached ship through tight corners.

Regardless, the 190E digs in and serves up real character. That engine is rorty and strong in the mid-range, and if you stand on the throttle it kicks down a gear and fires you forwards with hearty intent.

It’s charming, it sounds great, and it’s got the sort of roguish lovability of an aged family relative who always says the stuff you’re not supposed to say at family gatherings. But I can’t bring myself to lie here – on this track, on this day, it’s a classic case of "don’t meet your heroes."

I’ll confess that I’d just stepped out of the spectacularly brilliant SLS AMG Black Series before getting into the 190E, which could have rather skewed the chances of the 190E feeling at all fast. 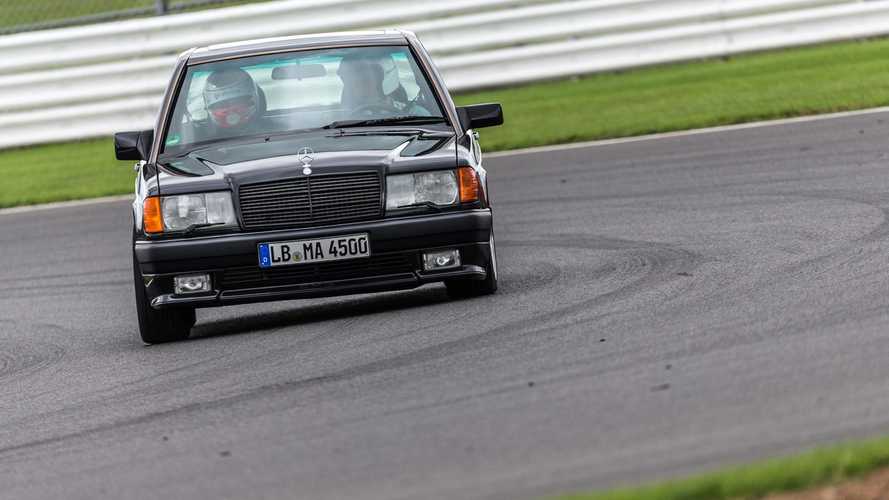 But even consciously adjusting my expectations back to circa 1987 levels – channeling the feeling I got from the BMW E30 M3 and various fast Fords of the era that I’ve driven – the 190E AMG’s controls feel fuzzy and the performance a bit less than I'd expected. Sorry. I would have loved to report back on how wonderfully engaging and thrilling it was – maybe if I got the 190E AMG on the road rather than track, and having not just driven a bevy of 21st century supercar-fast stuff, it would.

But there and then, it felt underwhelming. Sorry AMG, and sorry all those 190E AMG fans. I love you and your cars dearly, but this one I’ll give a miss.

Still, it’s got retro-cool appeal oozing out of every blocky line, and given the rarity factor and those magic AMG letters on the trunk, it’s not hard to see why it’s such an appealing car.

Next up in our AMG drives series is the brand-spanking new Mercedes-AMG GT R. And good grief, that one really doesn’t disappoint.

17 Photos
By: Victoria Parrott
++
Got a tip for us? Email: tips@motor1.com