Ford GT, Old Vs New - Can The Older Model Keep Up?

February 1, 2004. That’s when Ford introduced its reborn GT to the world during a Super Bowl commercial. Fast forward 13 years, and there’s another Ford GT hitting roads and tracks around the world. Both cars share a similar goal: Demonstrate the utmost performance that Ford’s engineers can stuff into one vehicle, while honoring the original GT40. Yet due in no small part to the passage of time and advancement of technology, the way the two cars go about those tasks couldn’t be more different. Here’s a break-down of exactly how the cars compare. 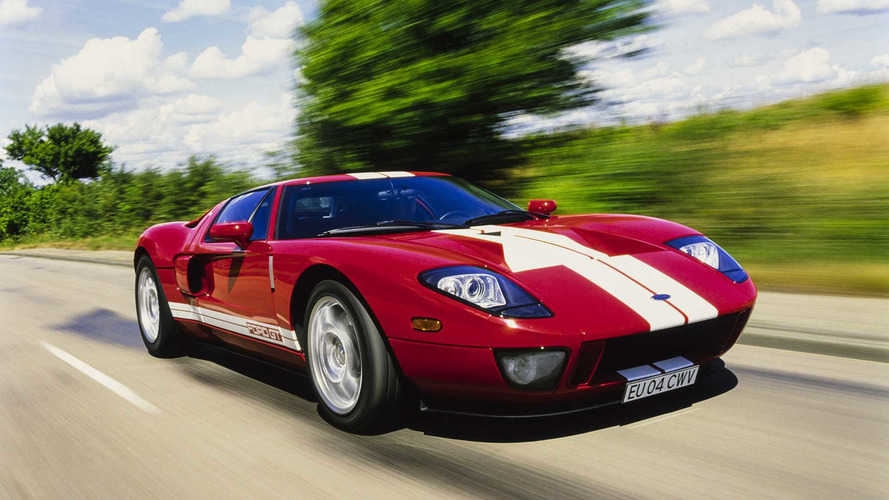 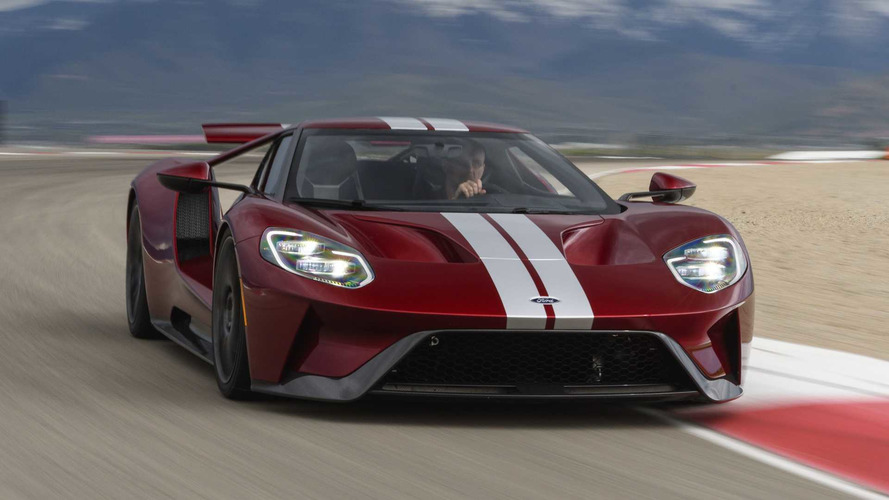 The 2005-2006 Ford GT (left) bore a closer resemblance to the original GT40, with its ultra-low stance, wide bodywork, drooping nose, and door openings that cut into the roof. It went full-on retro-race inside, too, with a speedometer (marked to 220 miles per hour) in the middle of the dash so an assortment of other gauges could sit ahead of the driver. With few electronics to mess with, the cabin was relatively sparse: Mainly filled with climate and radio controls, and of course, the big shifter for the car’s six-speed manual transmission. 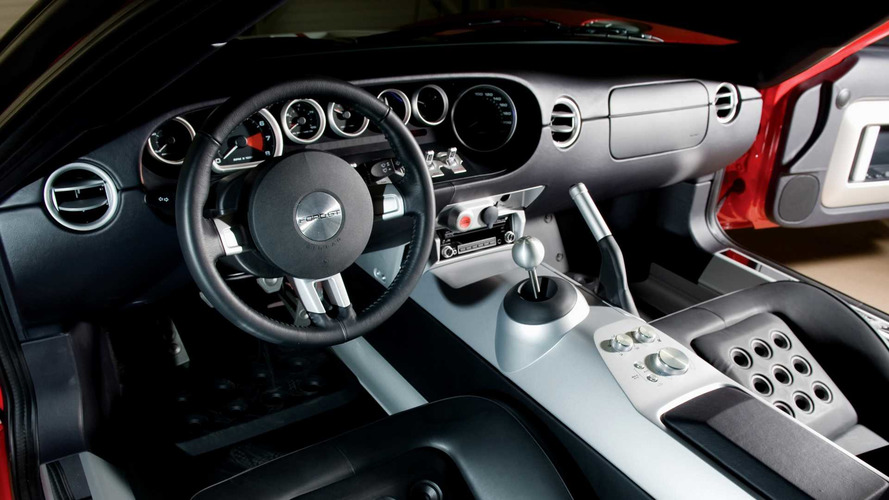 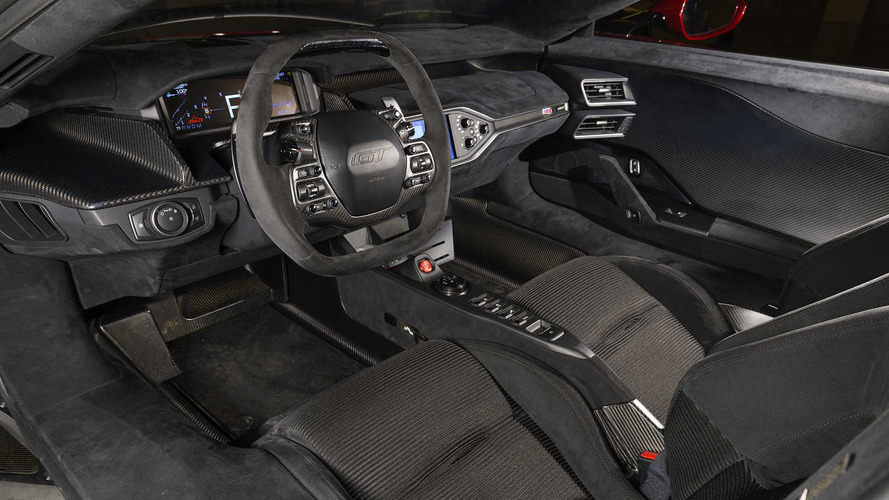 Today’s Ford GT (right), by contrast, is a thoroughly modern and purposeful take on that design language. Intended to channel air around it for maximum downforce (note the adjustable rear wing), it has enormous flying buttress, a super-narrow fuselage, and enormous vents to feed the engine and keep it cool. Inside is a purposeful, deliberately minimalist cabin with a full-digital gauge cluster ahead of the driver. Note the myriad buttons and controls on the steering wheel, plus the infotainment display in the center of the dashboard.

What’s it made from?

The new GT is a blend of all the latest in high-tech, low-weight materials. It’s a carbon-fiber monocoque with carbon body parts, aluminum subframes, and even Gorilla Glass (yes, like on your phone) for the windshield. The earlier Ford GT also used plenty of exotic materials, including aluminum body panels, magnesium, and carbon fiber.

In terms of weight, all those fancy materials help keep both cars relatively skinny. The new Ford GT tips the scales at 3,054 pounds, while its predecessor was just a little heavier at 3,351 pounds. 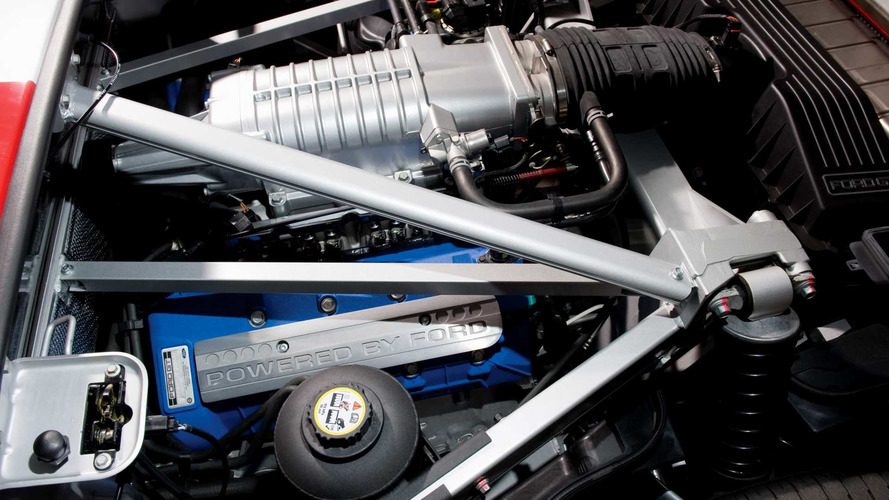 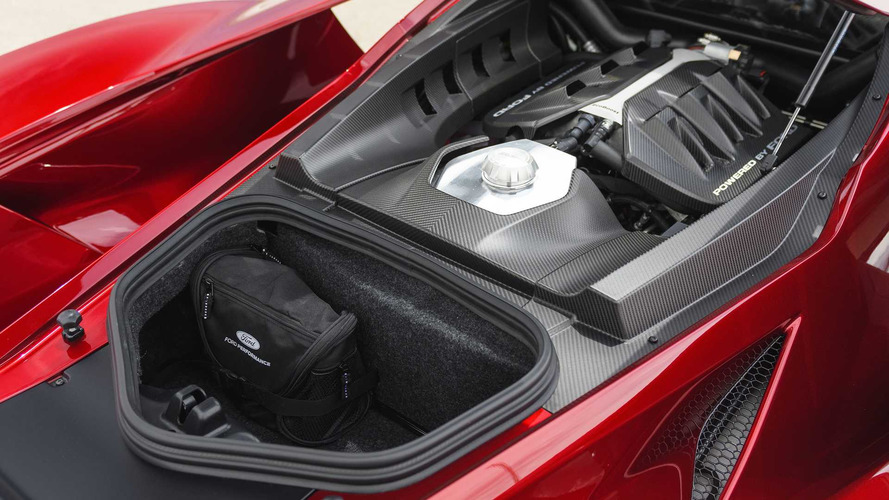 For the 2005-2006 GT (left), motivation came from a supercharged 5.4-liter V8 engine. Total outputs stood at 550 horsepower and 500 pound-feet of torque, all of which was directed to the rear wheels by way of a six-speed manual transmission. The new GT (right), however, goes for a very modern approach, with a 3.5-liter V6 supplemented by two turbochargers and direct fuel injection. That produces an incredible 647 hp and 550 lb-ft. But there’s no more stick-shift in today’s GT: Like so many modern supercars, instead drivers use a seven-speed dual-clutch transmission. Again, power goes only to the rear wheels. 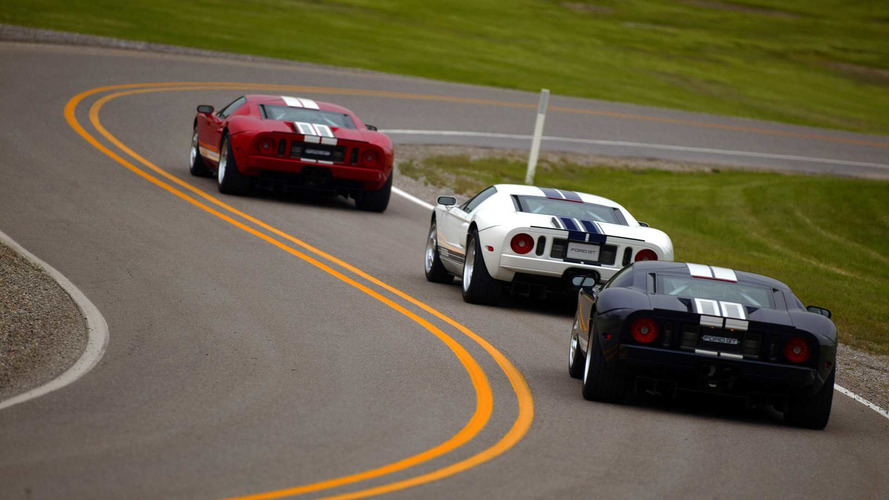 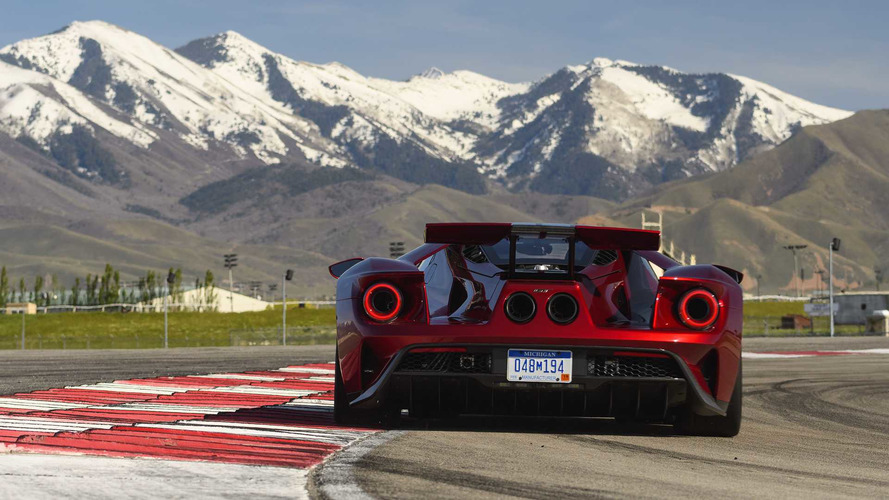 The 2017 model is a tour-de-force of technologies, starting with advanced Multimatic DSSV shock absorbers, a hydraulically adjustable ride height, and carbon-ceramic brakes. The ride height drops by two inches in track mode, and at high speed the rear wing automatically adjusts to improve downforce. The car’s 20-inch wheels are made from carbon fiber, saving two pounds per corner, and wear Michelin Sport Cup 2 tires. There’s even an available Competition Series package that further cuts weight in the name of speed. The 2005-2006 GT was also impressive, but with fewer active technologies. Although it had ABS and electronic brake-force distribution, the car lacked traction or stability controls. Driver beware. Giant brakes, fully-independent coil-over suspension, staggered 18/19-inch wheels, and Goodyear Eagle F1 tires round out the spec chart.

Um, yes. Ford says the new GT will top out at 216 mph. Although the automaker has issued neither a 0-60-mph time for the car nor a Nürburgring time, Ford did run some laps at Calabogie Motorsports Park in Canada. There, Ford says the GT laps faster than a McLaren 675LT and a Ferrari 458 Speciale.

The old Ford GT was no slouch, either, running out of steam at a heady 205 mph and, according to one contemporary test, blitzed its way to 60 mph in just 3.7 seconds. Another review chopped that figure to 3.5 seconds.

Not that it matters but… is it fuel efficient? 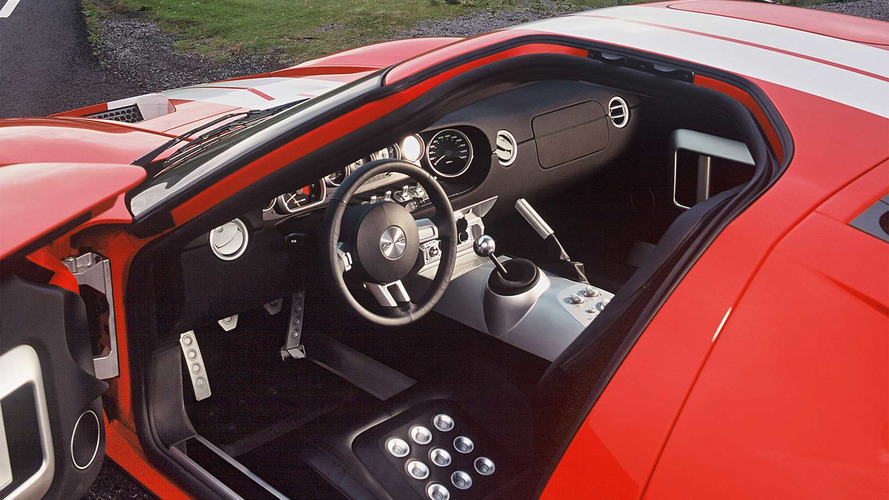 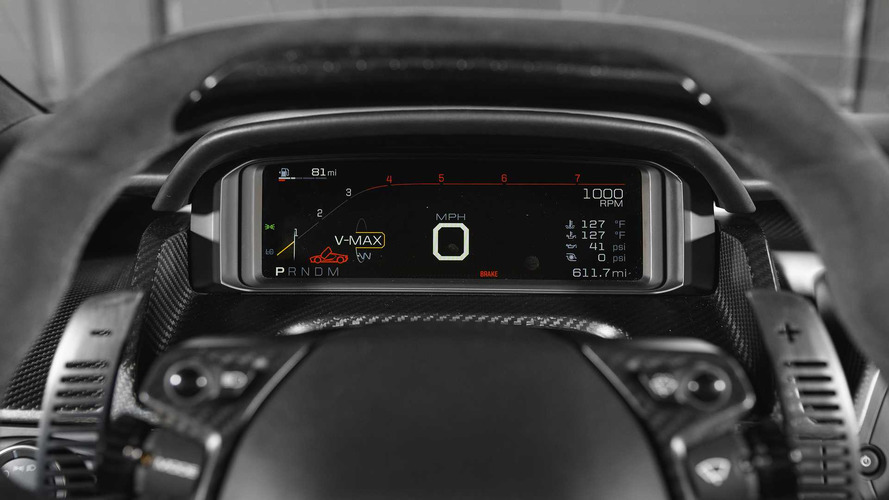 The Ford GT’s engine may be from the EcoBoost family, but this one is all about performance. The EPA says you can expect 11 miles per gallon city, 18 mpg highway, and 14 combined. So, no.

Then again, that’s not too far off the car’s predecessor. Though it was originally rated at 13/21/16 mpg by contemporary standards, adjusted for today’s EPA tests, the 2005 Ford GT would score 12 mpg city, 19 mpg highway, and 14 mpg combined. In other words, the new car gains a ton of power, grip, and aerodynamic downforce but only sacrifices a little bit at the pump. Again, though, if you own a Ford GT, you probably don’t really care.

Can I buy one?

Probably not. Ford will sell just 250 of the new GT per year for four years. The first two years of buyers were carefully picked based on extensive applications (6,506 were received); Ford will open the order books again in 2018. With a starting price of $450,000, the GT is also out of reach to a lot of shoppers.

Alternatively, you can drive a virtual version of the new Ford GT in Forza Motorsport 6. But it won’t have quite the same effect…

I still want one 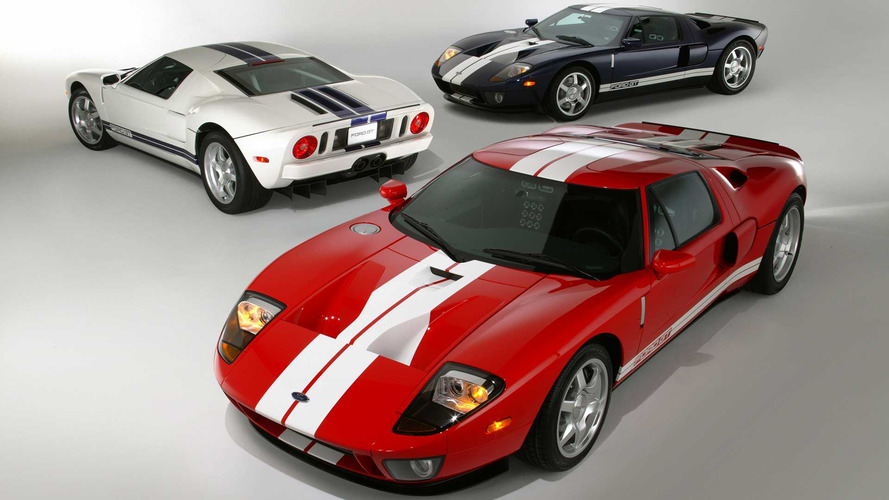 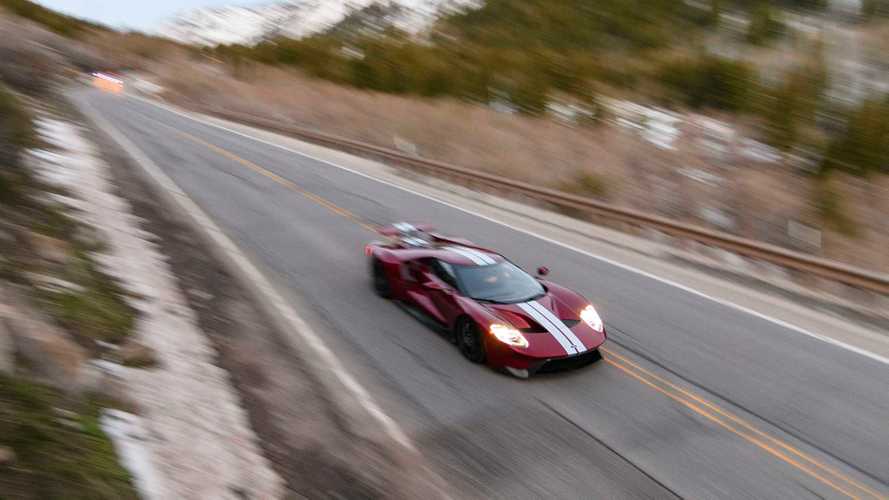 It’s not surprising. Both the 2005-2006 and the new Ford GT represent the apex of Ford’s performance know-how. They pay homage to one of the most iconic Le Mans racers of all time, and show that Dearborn can take on the Europeans when it comes to supercars. Time to start saving…