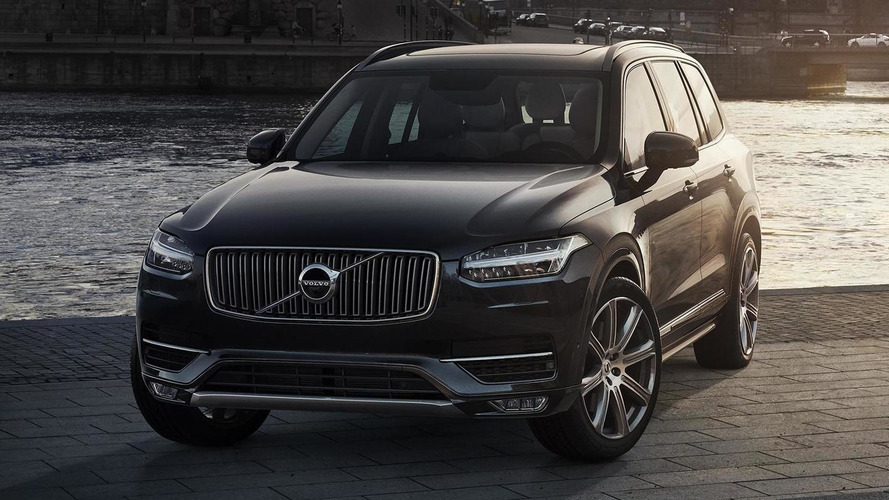 Full of assistance systems to help the driver, yet it’s surprising how much driving pleasure it provides. Prices starting from 56,350 euros

Full of assistance systems to help the driver, yet it’s surprising how much driving pleasure it provides. Prices starting from 56,350 euros

From the Motor Show in Paris where it was unveiled to the world, the Volvo XC90 is arriving at dealerships in the next few days, following approximately 37,000 orders already registered and bought sight unseen. Beside the market volumes, which inevitably – will be limited in Italy due to the state of the economy, this SUV is of fundamental importance for the Swedish brand in achieving its 2020 target, which is bringing to zero the number of fatalities and injuries in a Volvo. The XC90 is also crucial because it is the first car of this brand to be built on the new SPA platform, which the entire range will be based on, except for the yet to come V40. Not least, we are talking about the heir to a model that debuted back in 2002 and which totaled approximately 636,000 registrations worldwide. These are relevant numbers for Volvo and very realistically they are going to grow mainly thanks to China and USA. The engine I focused on for the preview test is also the most interesting one for the Italian market, namely the D5: 4-cylinder 225 hp 2.0 turbo; all heat engines (which have hybrid versions flanking electric motors) of the XC90 belong to the DrivE line, hence they’re four-cylinder turbocharged petrol and diesel.

A little journey into the future

The Volvo XC90 does not go unnoticed. I realize that five minutes after driving it a few kilometers from Verona. Everyone’s staring at her, even those who at first sight are not fond of cars. Credit undoubtedly goes to the XXL size, reaching 5 meters long (4.95 to be exact) and 2 m wide, but especially to design, perfect beyond personal tastes. Yes, because the Swedish designers have managed to condense all of Volvo’s identity into a completely renovated and very "forward" style, with some deliberate hi-tech and trendy references – i.e. the large daytime running LED lights positioned in the middle of the headlights – and others tied to tradition: the "floating point" shaped rear lights and extremely clean lines. The result therefore is well-balanced: the car is large and that’s not hard to tell, but it never appears excessive.

How do you get seven seats without breaking through the barrier of 5 meters in length? By minimizing the bulk of anything that can be polished away: the breadth of the seats, for example, is just like what was done in recent years on airliners. The basic idea is to keep the comfort and safety of the classic seats, but streamlining the structure. Chisel work that pays off: the seven seats of the XC90 are real (the third row fits two people up to 170 cm in height), large, highly enjoyable in length but also in width and height. What about quality? Well, the usual three Germans, Audi, BMW and Mercedes, have nothing on it. The materials are top-notch, assembling is done with painstaking care, while the typically Swedish minimalist design combines elegance in style and ease of use. Let’s be clear: between security systems and infotainment there’s a lot of items requiring a basic learning curve. However, given the very high level of sophistication and richness of the interior, it is hard to think of anything more user-friendly.

She’ll let you drive her, but if you don’t feel like it she’ll take care of it

The XC90 surprised me. I've been hearing for months about everything it can do on its own, guided by sensors and cameras and driven by the computer, and then within a few kilometers I realize that the good part is driving it; on the highway, sure, but even on curves, despite its size. It’s a whole new world compared to the old model, as impressive as it was awkward among turns. Now just the smallest steering angle is enough to insert the front end in the curve of the road, while the suspension limits roll to the least possible degree, which is up to the point where it would begin "bouncing" on the smallest irregularities of tarmac. The chassis is surprisingly apt on turns, properly supported by an engine that shines at all speeds, and in turn gets a great ally in the automatic transmission. Comfort? 4 and a half stars out of five: XC90 loses the last half star a little because of its innate rumbling due to its four-cylinder structure (it’s still better than the old 5-cylinder), a little because of the rolling noise of the gigantic-sized tyres; the ones on the specimen I was driving were actually 22 inches. On the other hand, the absorption of the suspension is top level, and so is the aerodynamic soundproofing.

There is no denying that the redundancy of an all-seeing and all-preventing electronic system inspires confidence. Are you getting too close to the car ahead? The XC90 will warn you first with a yellow icon, then, if you insist, with another red one accompanied by a sound alarm: effective, I tried it myself and it works wonderfully. Are you starting up from a crossroads but you did not notice that another vehicle is coming from the side? The cameras will notice on your behalf and will alert you (this device, though, I couldn’t try in safe conditions). Again, is there a traffic jam? Set on the Auto Pilot and the car will accelerate, brake and swerve independently up to 50 km / h. But be careful: the system breaks down when approaching a roundabout. Since the mechanism functioning is based on road markings, in the case of a roundabout the Auto Pilot loses its landmarks and, strangely, rather than switching off it’ll accelerate without enough swerve. Result is, unless you’re careful you may end up in the middle of the flowerbed. That said, it is understood that you should not even get close to such extremes, seeing as the Auto Pilot absolutely cannot be considered a substitute of the driver. There’s a very important innovation to report also in anti-collision, which works at any speed (the competition doesn’t get above 30 km / h), as long as the difference of speed between the XC90 and the vehicle that you’re in danger of colliding with remains within 50 km / h.

In order to be the champions of safety, devices preventing accidents or reducing their consequences should be offered as standard. That is why, except for the Auto Pilot (the system which "locks" the camera on the vehicle ahead, reads road markings, manages in a total autonomous way braking, throttle and steering up to 50 km / h, and can be considered as an aid in all comfort items) all driver-assisting devices are included in the price starting from the basic version. Prices? As far as the tested engine is concerned, the D5, the price goes from 56,350 Euros for the basic version up to 57,900 for the Kinetic, 62,700 for the Momentum and 67,050 for the top of the range, Inscription and R-Design. The automatic transmission is also standard, but for those who want to save some money during the purchase in terms of fuel can opt for the front-wheel drive D4, though that will be available in a few months.