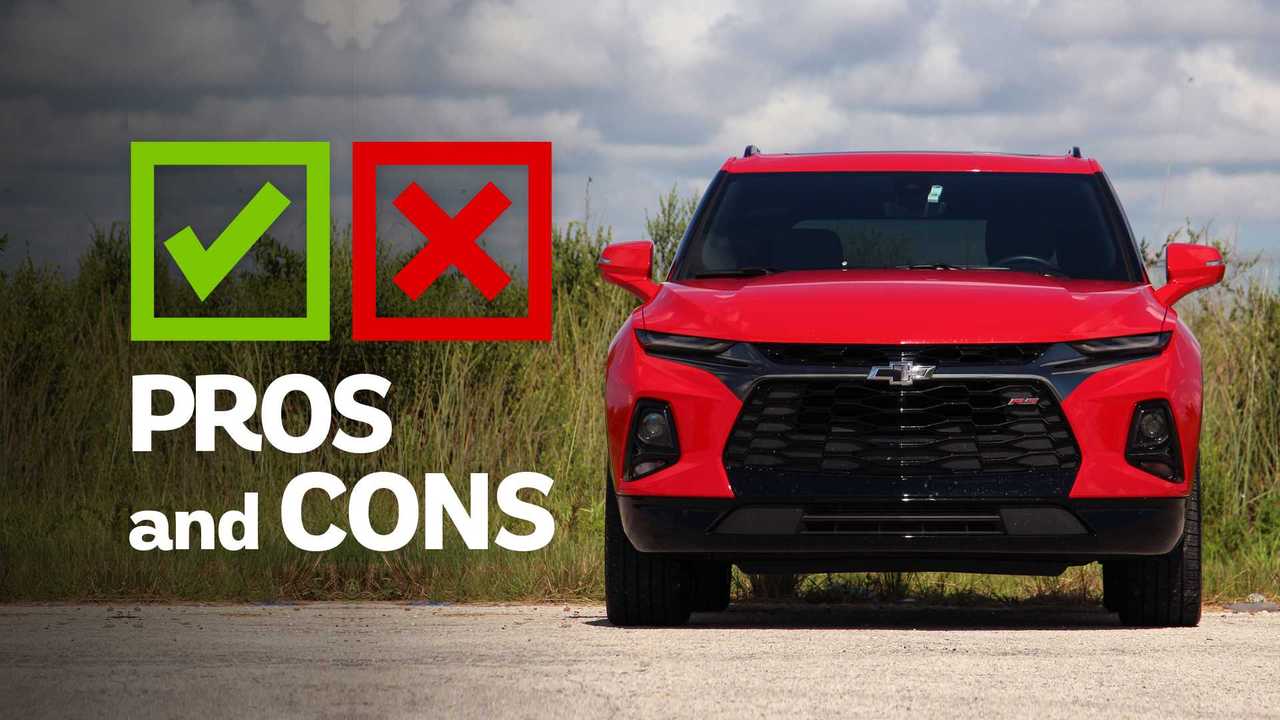 At first glance, the Chevrolet Blazer looks like “the Camaro of SUVs.” And while yes, this SUV does certain things well – particularly in the styling and power departments, where most muscle cars excel – the Blazer isn't perfect.

With a high asking price after options, a cabin mired by cheap materials, and less-than-stellar transmission, the Blazer isn’t the muscle car SUV the Chevrolet marketing team want you to believe it is.

The Chevy Blazer has a presence visually similar to its Camaro sibling. The front fascia, in particular, with its slim headlights, bulging hood, and massive black grille, looks mean. The black accents of the RS package further butch up the exterior and the optional 21-inch gloss black wheels ($1,000) are a major visual upgrade over the stock 20-inch units. And, of course, like most modern SUVs, the Blazer has a floating roof element. Here, at least, the floating roof angles neatly into the beltline.

The 3.6-liter V6 engine (standard on the RS and Premier, but optional on all other trims) is a charmer. The punchy 270 pound-feet of torque makes the Blazer feel muscle car-esque in a straight line, and its 308 horses help move the 4,246-pound Blazer with some force from a standstill. It takes the SUV a respectable 6.8 seconds to hit 60 miles per hour with the all-wheel-drive option – and the exhaust makes a pretty gnarly sound on the way there.

The Blazer’s 8.0-inch touchscreen is great. The layout is easy to use; the big, color-coordinated buttons make access to features simple even when driving; and the screen responds quickly to touch inputs. The inclusion of Apple CarPlay and Android Auto makes for a solid alternative if you don’t like GM’s default operating system, and the available Wi-Fi hotspot with available 4G LTE is another plus.

The Blazer’s interior suffers from some of the same issues that plague a lot of modern Chevy products: cheap materials. There is some nice leather, particularly on the passenger-side dash and atop the door panels, and the Camaro-inspired, vent-mounted A/C controls are a nice, upscale touch. But the excess of hard plastics around the center console and the chintzy faux-metal trim around the infotainment screen look and feel cheap. The screen itself, while functional, feels extremely flimsy.

We love the optional V6, but the laggy nine-speed transmission holds the Blazer’s otherwise impressive engine back. This transmission is always searching for the right gear, is slow to downshift when it finally finds one, and even when using the shift-mounted gear buttons (why no paddle shifters?), it doesn’t respond quickly to inputs.

Our Chevy Blazer, a near-fully loaded RS with all-wheel drive, costs $50,765. The $3,575 Enhanced Convenience and Driver package, which adds a rear camera mirror, updated infotainment, and advanced safety features, is the Blazer’s most expensive option. The sunroof and 21-inch gloss black wheels, meanwhile, are another $2,495 on top of that. Considering the base front-wheel-drive model starts at an affordable $28,800 and the RS model starts at $43,500, that’s a significant chunk of change even among its classmates. The performance-oriented Ford Edge ST starts at just $43,265 while offering more power and substantially more torque. 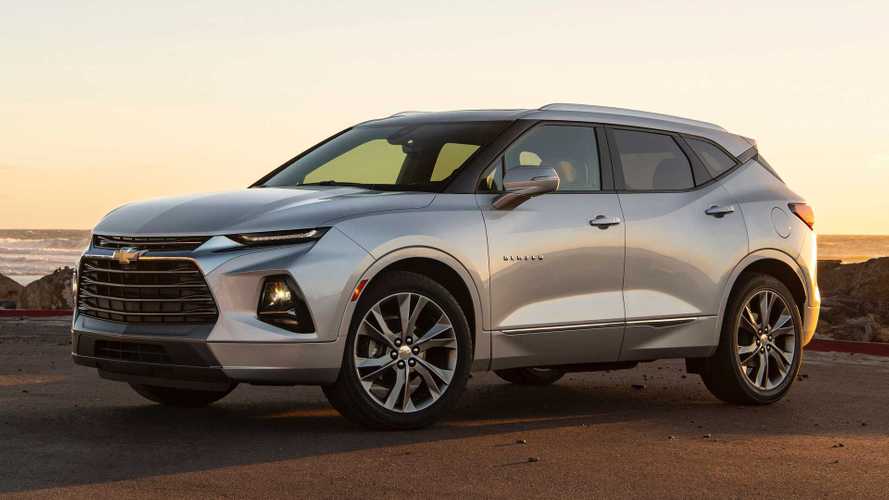