Update: This story has been updated with video from the first drive.

The original GMC Syclone from 1991 was a 280-horsepower (remember this was 1991) all-wheel-drive compact truck that would reach 60 miles per hour from a standstill in only 4.3 seconds. That is 0.1 seconds faster than a Porsche 911 Turbo of the time and a whopping 0.6 seconds faster than the Chevrolet Corvette ZR-1 that year. The Syclone was even quicker than another famous performance pickup, the 500-horsepower, Viper-powered Ram SRT-10 that came 13 years later. You get the idea.

But the GMC Syclone was history after only 2,995 units were built and sold in 1991, although its gutsy 4.3-liter turbocharged V6 lived on under the hood of the heavier, and thus slower (by 0.9 second in the 0 to 60 sprint), GMC Typhoon. The latter was a high-performance SUV produced in 1992 and 1993 that shared its Sonoma/Jimmy bones with the Syclone. 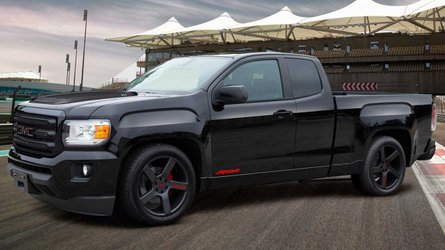 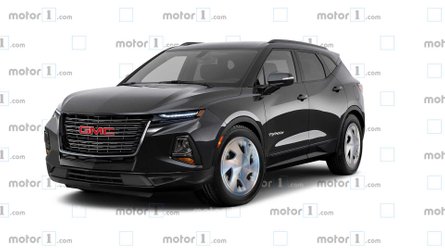 Gladly, some folks find history inspiring, and that’s how we found ourselves in St. Petersburg, Florida for the public unveiling of the 454-hp 2019 GMC Syclone, a revival tribute to the original truck that’s put together by Specialty Vehicle Engineering (SVE) of Toms River, New Jersey. SVE is the same company that put together the 800-hp Yenko/SC Silverado last year, so you know they mean business.

We enjoyed a private tour of the GMC Syclone guided by 1986 NHRA NED Drag Racing Hall of Fame honoree Ed Hamburger, founder and owner of SVE. Ed was quick to point out that the heart of the new Syclone is SVE’s own supercharger package, which consists of a centrifugal supercharger that, instead of gears, uses a viscous drive planetary system and therefore lacks the often disappointing and annoying whine that many superchargers make.

The package includes an air-to-water intercooler in the engine compartment complemented by an air-to-air intercooler in front of the radiator to maintain a higher power level at all times. These performance enhancements pump up the power ratings of GM’s 3.6-liter V6 by 147 horsepower to reach the aforementioned 455 hp, and 150 pound-feet of torque for a total of 425.

In the words of Ed Hamburger, the brakes "will stop on a dime and give you some change.”

As we have heard before, with great power comes great responsibility. In fast, powerful cars, a great deal of that responsibility is placed on the use of robust brakes. SVE gave the new Syclone some powerful stopping power designed especially for this vehicle, with 6-piston forged calipers and 13.6-inch diameter slotted rotors in the front. In the words of Ed Hamburger, the brakes, "will stop on a dime and give you some change.” Ed explained that since 80 percent of the braking is done in the front, the rear brakes were left untouched. That is, if you don’t take into consideration the red paint job on the rear calipers in order to make them match the front ones. All four calipers are also decorated with the official ‘Syclone’ script in black.

Handling capabilities were made to match the increased power by lowering the front end two inches and the rear end by five inches. The addition of a heavy-duty rear sway bar and more aggressive shock absorbing gear enable the vehicle to actually handle. This is not a drag racer, of which the made-for-handling Michelin Pilot Sport 2S tires was our first hint.

This is not a drag racer, of which the made-for-handling Michelin Pilot Sport 2S tires was our first hint.

One of the things that impressed us most when looking at the Syclone in person is what a good-looking truck it is. It’s not often that we see good visual taste matched with real muscle in a pickup truck of all things, but good taste is the name of the game here.

SVE created side skirts so subtle they are only perceptible if you are a really good observer, and they have the double mission of enhancing the Syclone’s closeness to the pavement. They also cover the exposed frame that is so noticeable on the otherwise good-looking GMC Canyon, on which the Syclone is based. Mission accomplished.

GM’s rear bumper steps were also deleted and replaced with body-matching plastic covers because, as Ed remarked, “They stick like a wart in your nose.” To that we would add that they also underline the fact that this is not a work truck, or that at least it shouldn’t be used as such (just like the original).

This is not a work truck, or that at least it shouldn’t be used as such (just like the original).

The cargo bed in our pilot vehicle number 1 was covered by an optional four-piece tonneau cover that looks like a million bucks and is sturdy enough to walk over it. This truck wears some fancy shoes, too: 20 inches in diameter with five twisted spokes, a matte black finish, and wrapped in the very expensive-looking Michelin Pilot Sport PS2S tires.

None of the many badges on the Syclone are cheap vinyl stickers. Instead, they are high quality, three-dimensional badges in discrete sizes. The sole exception is a giant badge the width of the tailgate, which is finished in flat black, unlike all the others that are bright red, making it more interesting than prominent. The only departure from the overall elegance of the Syclone’s styling enhancements is a huge power bulge hood insert. It’s even bigger than the one used in the Chevrolet Colorado ZR2.

Inside, SVE left things pretty much alone. Black leather seats with red Syclone logos prominently emblazoned on their headrests, black floor mats with a similar treatment (you will never not know you are inside a Syclone), and a power badge showing the Syclone’s horsepower rating and your truck’s sequential position in the run of 100 are the only improvements made by SVE.

It is not the 1991 truck, nor were we expecting it to be. But it is fast, nonetheless.

The 2019 GMC Syclone is fast, very fast. Still, it is not the 1991 truck, nor were we expecting it to be. But it is fast, nonetheless. This new Syclone is a bigger truck too, yet it sprints from 0 to 60 miles per hour in 4.5 seconds, only 0.3 seconds slower than the 1991 truck, despite being a much heavier vehicle. You can launch it in low gear and try to switch to D just before the rev limiter kicks in, you can let the 8-speed automatic transmission do everything from the very beginning, or you can shift gears via the way-too-small +/- button on the left side of the gear selector. All these three options are perfectly fine, but none of them are particularly engaging for a sports performance truck. It makes us wish that SVE had added paddle shifters, a modification that is probably much more complicated than it sounds.

The 2019 Syclone feels surefooted, surprisingly light, and composed while cornering. It also sounds great thanks to a couple of resonators that turn the sound emitted through the powder-coated stainless steel tips of its dual performance exhaust system into a very pleasant rumble. It’s a sound discreet enough not to break with the overall image of the truck, but powerful enough to let anyone know that this Syclone means business. 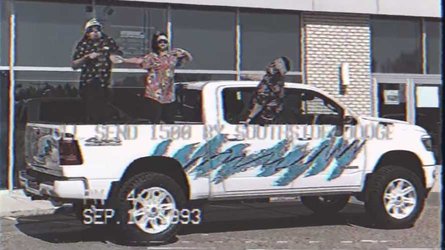 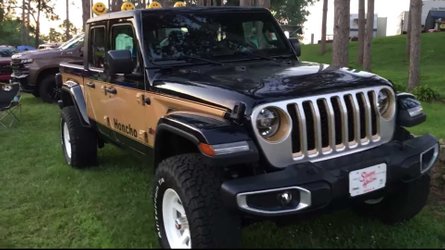 I had a blast driving the Syclone up and down the road behind the duPont building where I met Ed and his son David after a duPont Registry Cars & Coffee event, but I was able to experience its full potential as a passenger with the more-than-capable hands of Ed Hamburger on the wheel.

Despite the differences, all the major components that made the 1991 Syclone a modern automotive legend are here – gut-punching power, a prowling discreet look, and the rarity of all that power available in the smallest pickup truck available from GMC. SVE will make 100 units of the Syclone, each one of them numbered in the dashboard and on its key fobs. This time, unlike in 1991, you can have your Syclone in any color you like, as long as it is a GMC factory color, and even in rear-wheel-drive if you like.

The Syclone conversion adds $39,995 to the price of a GMC Canyon, which can make it an expensive proposition even though all components used in the conversion, as well as the powertrain, are covered by a 3-year/36,000 miles warranty. But if you are cool with the pricing you can order your Syclone right now through any GMC dealer in the United States. Hurry up, God only knows how many will be left by the time you read this.