Crossovers might be all the rage these days, but Mazda hasn’t abandoned the notion that passenger cars are still relevant to a large swath of buyers in 2019. The company has sold over six million examples of the Mazda3 since 2003, a model that traditionally heralds the latest interpretation of Mazda’s design language and technology. 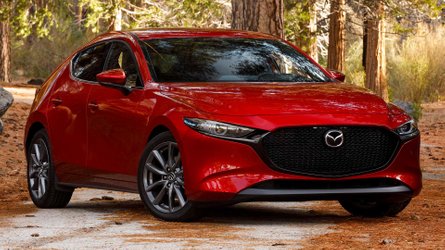 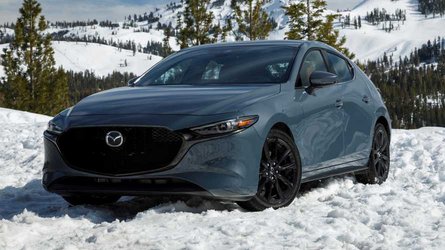 That still holds true today with the all-new, fourth-generation machine. Along with requisite improvements in tech, safety, and efficiency, the new Mazda3 showcases the brand’s new “human-centric” development philosophy. As Managing Executive Officer Ichiro Hirose tells it, an injury that one of Mazda’s engineers sustained in a soccer match spawned a new focus on ergonomics during development. “[A car] should not be like a roller coaster ride,” Hirose says. “It should feel like a tool you’ve been using for years – familiar, comfortable, and usable.”

At the same time, the latest Mazda3 also shows a clear effort to enhance the model’s sense of luxury inside and out, and to deliver a more compelling value proposition over the outgoing vehicle; a multi-pronged approach which sees significant revisions in everything from the audio system design to the bonding methods in body structure.

To find out if Mazda has been successful in these endeavors, we headed to Hollywood, California to get a closer look at the new compact and put it through its paces in the urban sprawl of L.A., as well as the twisting tarmac that snakes through the Angeles National Forest.

Even after a cursory glance, it’s clear the new Mazda3 provides a substantially more upscale experience than the vehicle it replaces. While the outgoing model was reasonably handsome, the fourth-generation Mazda3 is a genuine looker – particularly in hatchback guise. The latest interpretation of Mazda’s “kodo” design language brings a new sense of sophistication to the table, ditching the character lines of the past for a more sculpted form. And the car wears it well.

That sense of greater maturity continues in the cabin, which benefits from a raft of changes aimed at delivering better ergonomics and a more premium vibe. The new infotainment system and its 8.8-inch center display dictates many of those design tweaks. Set further back in the dash and angled toward the driver, the new system lacks the touchscreen functionality of its predecessor, instead relying on the rotary dials and hard buttons on the center console as the primary means of user inputs. As a result, those controls are now larger and easier to access, the latter largely due to the repositioning of the cup holders, which move from in front of the armrest to behind the shifter. Mazda says that the change equates to less distraction for the driver, although the company admits the learning curve is higher.

Mazda says its new infotainment system is less distracting, although the company admits the learning curve is higher.

Modernized tech usually helps to make the cabin feel more premium, but more often than not it’s the little things that really deliver a convincing sense of luxury. To that end Mazda has sweated the details, simplifying the overall design while upgrading the materials and switchgear. On the ergonomic front, the steering wheel gets an additional 0.8 inch of telescoping capability, while a lower cushion angle on the seat improves the driving position. Even the audio system sees substantial tweaks, with both the base model and optional Bose system benefiting from strategically positioned speakers scattered throughout the cabin that minimize panel vibration while delivering higher fidelity.

Helping to aid that enhanced accuracy are development efforts to reduce noise, vibration, and harshness levels throughout the car. That starts at the rear suspension, which moves from the multi-link configuration of the outgoing model to a new torsion beam setup – a change that allowed engineers to bolster lateral stiffness by 78 percent while also providing improvements to overall ride quality, Mazda says. New, bushing-like bonding materials in the body structure also help dampen road noise, lowering the sound floor even further.

All U.S.-bound 2019 Mazda3s will carry a 2.5-liter, naturally aspirated four-cylinder Skyactiv engine that delivers 186 horsepower and an equal number of torque. The lone engine (for now) works alongside either a six-speed automatic or six-speed manual gearbox (yay!). Power is sent to the front wheels as standard, while the 3 gets its first all-wheel-drive system. Mazda’s decision to send the 3’s power to all four wheels puts it in a rarefied space in its segment, and will hopefully help tempt crossover drivers into something more agile but equally capable in crummy weather.

Out on the road, those ergonomic and NVH improvement efforts are indeed noticeable. Despite your author’s lankiness, we managed a comfortable seating position for an extended stint behind the wheel that kept all pertinent controls within reach. At speed the hushed road noise befits a vehicle with a substantially higher price tag, though the six-speed automatic is starting to feel a bit old fashioned in a world of eight-, nine-, and ten-speed boxes.

Navigating the mania that is mid-day traffic in Hollywood can be a stressful experience in just about any vehicle, but the new Mazda3 brought a palpable sense of calm to the proceedings. The audio system delivered a pleasant chime for blind spot alerts rather than a shrill blare, while the revised suspension soaked up the imperfections of Sunset Blvd with little protest.

Mazda also added a new system to monitor driver attentiveness. Using an infrared camera and LEDs, the system analyzes facial features and head position, firing off an alarm if it thinks the driver has fallen asleep or providing advanced warning to brake if it detects that the driver’s eyes aren’t focused on the road ahead. We didn’t trigger either alert during our stint behind the wheel, but it’s easy to see how they could become a literal life-saver.

Although the improvements to the new Mazda3 largely focus on delivering a serene driving experience, Mazda made sure to provide just a hint of “Zoom-Zoom” as well. While hustling through the Angeles Forest isn’t exactly the Mazda’s natural environment, the car didn’t feel necessarily out of its element, either.

Mazda made sure to provide just a hint of “Zoom-Zoom”.

Locking the gearbox into manual mode and commanding the shifts through the steering wheel-mounted paddles allowed us to utilize the sweet spot in the power band rather than repeatedly asking for downshifts to wake the engine up. Mid-corner bumps had a tendency to upset the suspension enough to dial it down a bit through some of the dodgier sections, but considering the fact that ride quality is prioritized over outright performance here, the Mazda3 stays composed enough to keep things interesting at a lively pace.

The new Mazda3 is an encouraging sign for not only the model, but the brand in general. Though the fourth-generation looks more evolutionary than revolutionary, the efforts made to enhance the presentation and driving experience are tangible and worthwhile, and one could reasonably expect those enhancements to make their way into other Mazda products in the near future. But for those who haven’t already jumped on the crossover bandwagon, the Mazda3 offers a compelling reason to stay the course.