On a cold, foggy morning in the Alps southeast of Munich, right along the Austrian border, I don’t notice any of the BMW 530e’s hybrid wizardry working. It’s there, silently and effortlessly and unobtrusively switching between gasoline and electric power. But seeing as how I can barely see ten feet in front of me at this point, with unexpected patches of snow and ice tugging at my confidence during high-altitude cornering, it’s safe to say my mind’s focus is elsewhere.

Down at sea level, on the flat, winding roads leading back toward Munich, I’m hustling along like I would in any other version of the fantastic new 5 Series. Like the 530i and 540i, this is an executive sedan that’s packed with luxury and an overwhelming amount of technology. And this 530e only enhances the experience with a bit more fuel economy, to boot. This is definitely the kind of hybrid driving that I could easily, um, plug in to.

Electric boost. The 530e mates a 2.0-liter turbocharged four-cylinder engine to an electric motor with a 9.2-kilowatt-hour battery. The gas engine itself is good for 180 horsepower and 255 pound-feet of torque, with the electic motor generating its own 111 hp and 184 lb-ft. BMW’s official combined system output ratings are 248 hp and 310 lb-ft, exactly like in the smaller 330e sedan. The 530e makes just as much horsepower as its gas-only sibling, but it has more torque – again, 310 lb-ft here, compared to 258 in the 530i. And because the electric oomph hits right from idle, the 530e and 530i run identical 0-60 times of six seconds flat with rear-wheel drive, despite the plug-in model carrying an extra 520 pounds of battery weight. The all-wheel-drive 530e xDrive shortens that sprint to 5.8 seconds – same as the 530i xDrive.

Increased range. When Jake Holmes reviewed the 330e, he rightly pointed out that its 14 miles of electric range seems like enough, but in reality, it’s not – turn on the air conditioning or go heavy on the throttle a couple of times, and that alleged 14 miles is gone before you know it. Good thing, then, that the 530e uses a larger battery pack (9.2 kWh versus 7.6), which means it’ll do around 30 miles of EV driving. That’s much more usable day to day.

Wireless charging. I’m still getting used to wireless charging for my iPhone, but BMW will soon allow drivers to wirelessly charge the entire car. Equip your home with one of BMW’s charging pads, drive the 530e over it, and juice up the battery without using the usual plug port. The details are still being finalized, but in the meantime, should you choose to use a conventional plug, the 530e will charge in less than three hours on a 240-volt (Level 2) outlet.

The only plug-in option in its class. Competitors like the Audi A6, Jaguar XF, and Mercedes-Benz E-Class don’t yet offer a hybrid alternative. What’s more, the base price of a 530e is only $200 more than a 530i, so it’s not out of reach for most would-be 5 Series buyers. 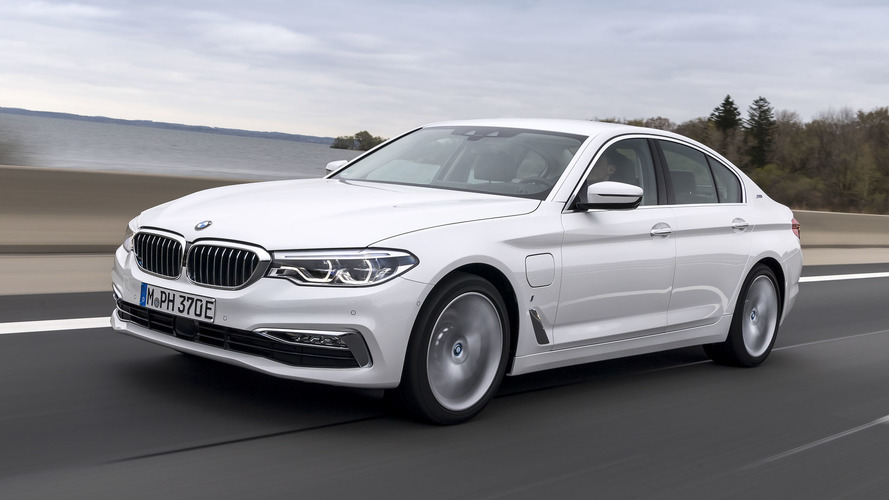 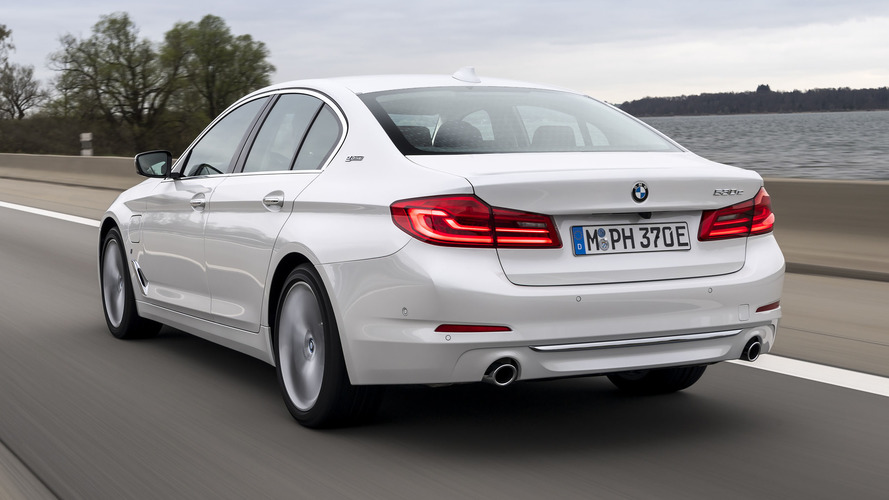 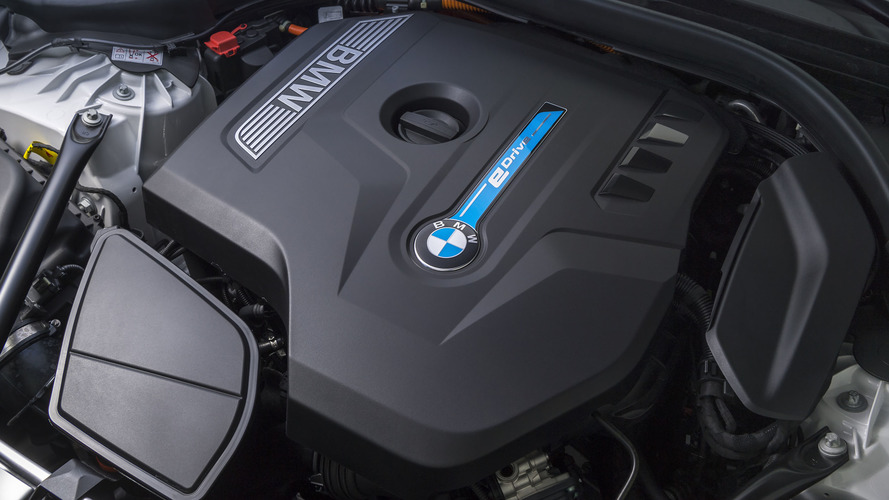 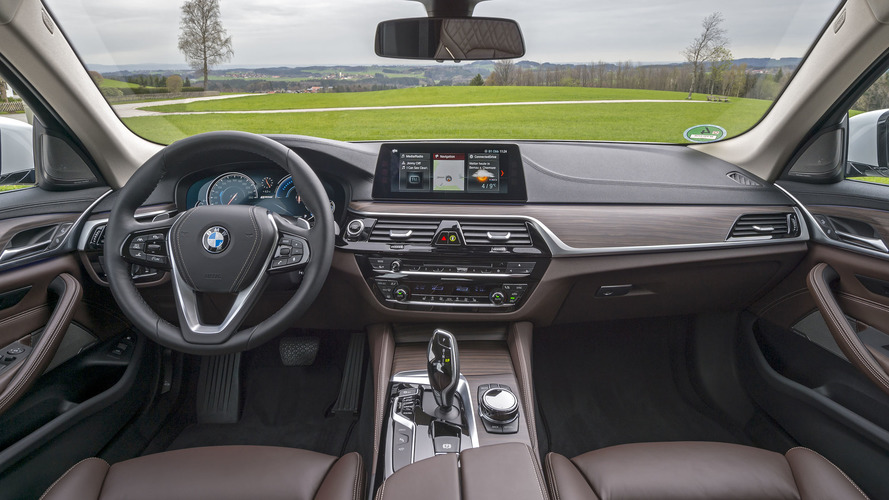 Throttle lag. In both my Alpine driving and out on the highway, I notice some significant lag between throttle input and response. In both Auto and Max eDrive modes, I hit the throttle, wait, and then the power comes on. It’s only really noticeable under hard-throttle acceleration demands, but still kind of curious in a car that’s supposed to have tons of electric assist on tap at any time.

Modes, modes, modes. The 5 Series comes standard with Eco Pro, Comfort, Sport, and Adaptive drive modes, with further levels of individual customization found within some of those. On top of that, the 530e has Auto eDrive, Max eDrive, and Battery Control modes that allow you to vary the electric motor’s involvement in the driving experience – auto is, well, automatic, Max is pure EV power for as long as possible, and Battery Control holds the electric charge at whatever level the driver desires, for use later. In other words, to get the full benefit of the whole plug-in powertrain, you’ll be switching between a lot of drive settings, and often. It gets annoying.

Where’s the feeling? It’s a nice, well-rounded package, this 530e, and offers the same luxury, technology, and driving experience as other 5 Series models. That also means it’s devoid of a lot of driver feedback, especially through the steering. It’s a nice enough car to drive, but I’d like a bit more communication between my hands and what’s happening with the tires.