2017 Kia Soul Review: Getting better all the time 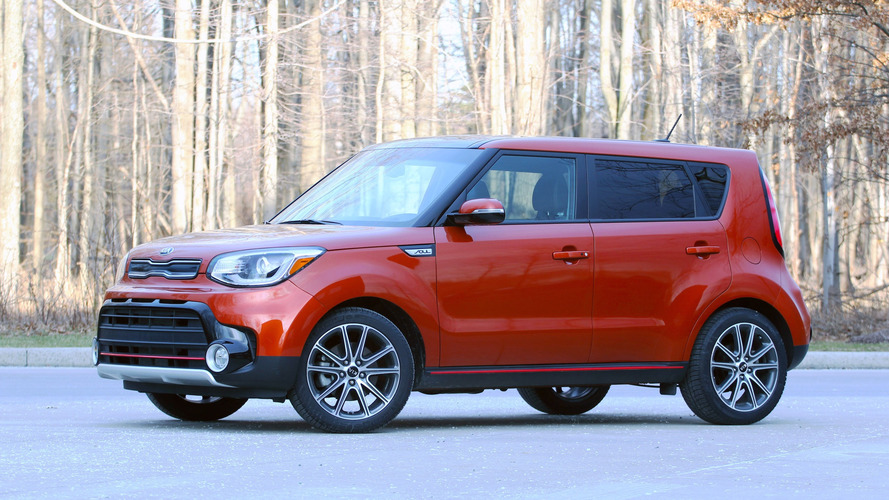 Kia’s top seller has a new turbo engine, but still lacks something important.

The Soul is a hit with American car buyers. Its panoply of practicality, affordability, and stylishness is like catnip for cost-consciousness consumers not looking to settle for an everyday economy car.

Hoping to continue its success, Kia has given the Soul a more powerful and fuel efficient turbocharged engine this year. A welcome addition, this new motor nevertheless isn’t the ingredient that would make many U.S. shoppers go ga-ga. That would be all-wheel drive. Without this, the Soul may continue to get passed over by many shoppers in cold or mountainous locales, but it may not matter as long as Kia keeps improving its hip hatchback year after year.

Top-shelf engine. The Soul’s new engine is a turbocharged, 1.6-liter four-cylinder making 201 horsepower and 195 pound-feet of torque, which is 40 hp and 45 lb-ft of torque more than the non-turbo 2.0-liter engine it replaces in the car’s top trim level (the 2.0-liter is still standard in the middle Plus trim level). Even with the extra grunt, it manages to score one mpg better in the EPA’s official combined rating: 28 versus 27. While far from making the Soul a hot hatch, this new engine’s power is delivered with little lag and shows up where it’s needed most, like entrance ramps and while passing semis on the highway.

Premium features. The Soul starts out as an economy car with a $16,100 base price, but when loaded it offers more premium features than some luxury cars. I tested the top Soul Exclaim with an out-the-door price of $27,620, which includes features like an excellent UVO-based infotainment system with a seven-inch screen, seat warmers front and rear, a heated steering wheel, push-button start, proximity keys, blind spot detection and cross traffic alert systems, and a truly panoramic sunroof. When loaded like this, the Soul is one of the most affordable ways to live like the other half lives.

Award-winning interior. The current generation Soul earned a Ward’s Best Interior award when it debuted in 2013, and it’s apparent why when you’re behind the wheel. The design looks great and every control is both easy to use and feels high quality. The aforementioned large touchscreen also has great graphics and a dead simple menu structure, and there’s another high-res display between the gauges. Lastly, the power driver and passenger seats in the Exclaim trim level are both comfortable and supportive with an upright seating position, plus their bottom cushions are just the right height for average-sized Americans to slide in and out of.

Low fuel economy. Even though its new engine is more efficient, the Soul’s official EPA combined rating of 28 mpg still lags behind similarly sized vehicles. For instance, a small SUV like the Honda HR-V manages 31 mpg combined while the Honda Fit hatchback reaches all the way up to 36 mpg. Even the ancient Nissan Juke, perhaps the Soul’s most direct competitor, beats it with a 29 mpg combined rating. I blame the Soul’s upright boxy shape, which is an enemy of aerodynamics and the cause of other issues...

Wind noise. Even when loaded with premium features, you won’t soon forget the Soul’s plebeian roots that account for the lack of sound suppression. A lot of noise reaches your ears, mainly in the form of wind crashing into its brutalist shape.

Bumpy ride. The Soul has a short wheelbase and slightly firm suspension that together make for a bumpy ride. While potholes and other road imperfections are damped just fine thanks to its taller ride height, the Soul reads the road to you like a needle over a vinyl record.

Where’s the AWD? While the Soul isn’t technically an SUV, it often gets cross-shopped with small ones because of its boxy shape and higher ride height. Unfortunately for Kia, the Soul will continue to get passed over by some shoppers in snowy states because it doesn’t offer all-wheel drive. While the new engine is welcome, AWD is what the people really want. 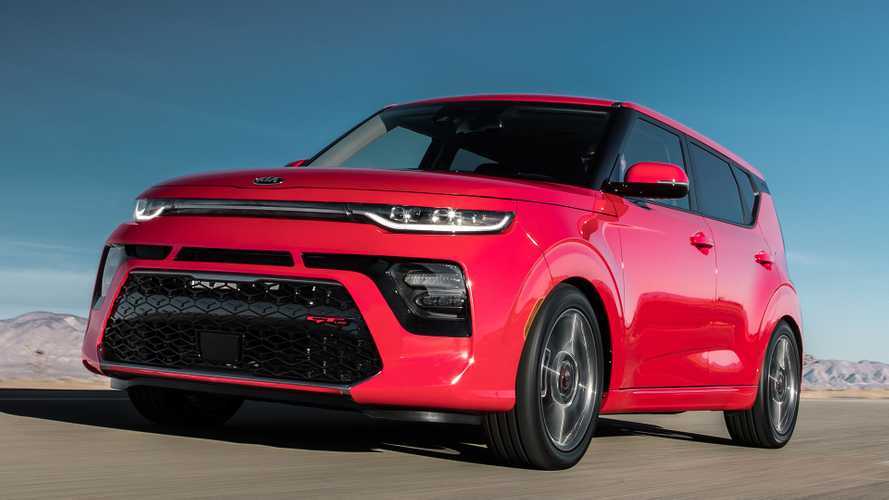