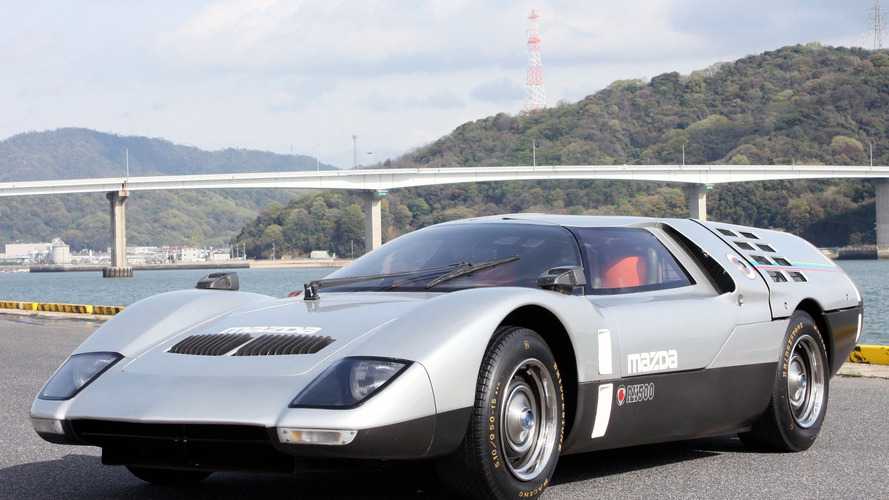 We remember it today because it’s a mid-engined shooting brake equipped with a screaming rotary engine all wrapped in a package weighing just 1,873 pounds (850 kilograms).

Because it’s a mid-engined shooting brake equipped with a screaming rotary engine revving up to 14,000 rpm all wrapped in a package weighing just 1,873 pounds (850 kilograms).

Imagine seeing this live at the 1970 Tokyo Motor Show where the concept originally made its debut. It’s the type of car that would have been suitable for Back to the Future’s time machine thanks to its futuristic shape. Mazda’s engineers developed the RX-500 with butterfly front doors and rear gullwing panels providing access to the engine and spare wheel.

Its heart and soul is a 491-cc Wankel rotary engine cooled by dual side air ducts and pushing out a respectable 247 horsepower (184 kilowatts). Mazda was able to achieve that impressive low weight by installing plastic body panels which helped performance as the concept was able to top out at more than 125 mph (200 kph) back in the day. As a matter of fact, Mazda said the RX-500 reached almost 150 mph (241 kph) on the company’s test track.

You are probably wondering what’s with all those extra lighting clusters at the back. The green ones up top are active when the driver is accelerating while the yellow set below lights up during deceleration. In addition, the intensity of the red brake lights depends on how hard the driver is applying the brakes.

Back in 2008, Mazda restored the RX-500 concept to its former glory and put it on display at the Hiroshima City Transport Museum. It was also exhibited a year later at the Tokyo Motor Show and once again in 2014 during the Goodwood Festival of Speed.

For a significant amount of time, many people believed Mazda made three of these in green, yellow, and silver colors. However, that turned out to be false as during the restoration process all three hues were discovered in different layers, thus indicating that just one was actually built.