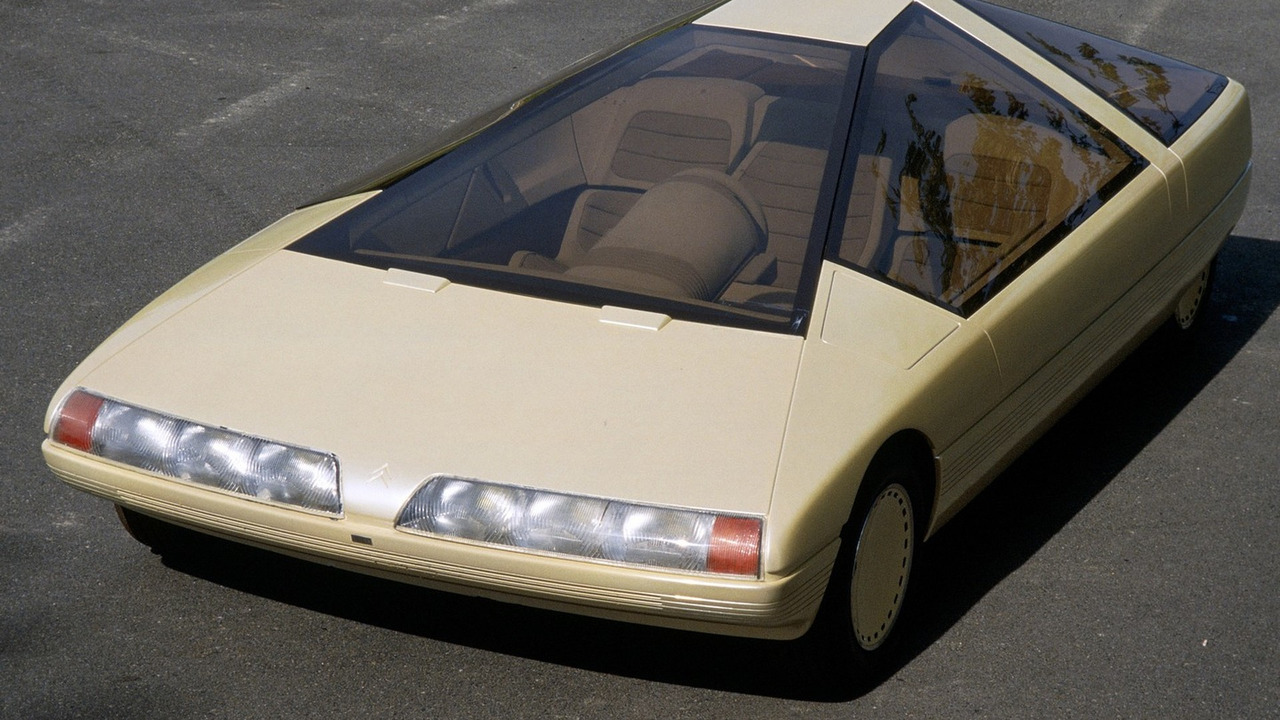 The rather odd Citroën Karin made its debut at the 1980 Paris Motor Show where it generated quite a stir due to its body shaped like a pyramid.

Citroën came out with some really interesting concepts back in the day and the Karin is a prime example of what designers were capable of when given full freedom.

Shaped like a pyramid by Citroën’s design chief Trevor Fiore, the concept is still a sight to behold even after almost 36 years. It features one of the smallest roofs ever fitted onto a car: just about the same size as a sheet of ledger paper (that's A3 for Europeans).

Open the butterfly doors and you gain access to a futuristic interior cabin that can host three people. The driver’s seat is positioned centrally and is flanked by the two passenger seats in the same vein as the McLaren F1 that came out more than a decade later.

While nowadays automakers strive to incorporate most of the controls in the infotainment system, Citroën was all about buttons in the 1980s. The Karin came with a plethora of controls granting quick access to most of the available functions. Even more buttons were placed on the door panels that also feature built-in monitors, which were pretty amazing back then.

Needless to say, the pyramid-on-wheels was purely a concept as Citroën had no intentions of launching a production car. As a matter of fact, the company with the double chevrons created the Karin only because the 1980 Paris Motor Show was coming up and there weren’t any new production models on the horizon.

With a radical trapezoidal exterior and an avant-garde interior, we believe the Citroën Karin is certainly a concept worthy of our attention.