In North America, the fullsize pickup truck market is dominated by Detroit automakers. That hasn't stopped other brands from dipping a toe into this lucrative segment, which also happens to dominate all other motoring segments. Nissan might be exiting soon, however, if new rumors about the Titan are true.

The latest chatter regarding the Nissan Titan comes from Automotive News, which cites an unnamed source as literally saying the truck is dead. The source says there is no plan for an update to the current model, or a replacement. 2024 could be the final model year for the truck, or possibly 2025. Nissan is allegedly trying to figure out when to bring the ax down on its big pickup. 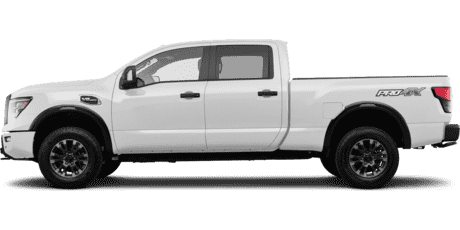 Motor1.com contacted Nissan for confirmation of this information. A company spokesperson didn't confirm or deny the report, offering this comment:

"Regarding the Titan, it is an important part of Nissan's showroom, and we've seen a positive impact from Frontier in driving added awareness and consideration for our full-size truck. Titan remains in Nissan's truck lineup for the 2022 model year and beyond."

This isn't the first rumor we've heard about the Titan's demise. In November 2021 a report surfaced stating Nissan wasn't planning a new Titan generation, but there was no mention of how long the current truck would stay in production.

Titan sales have lagged far behind its competitors for years, though year-over-year sales were up slightly in 2021. In fact, it beat Ram to post the best sales increase among fullsize trucks in North America at 3.7 percent. By comparison, Toyota Tundra sales plunged 24.9 percent, while Chevrolet Silverado sales tumbled 10.8 percent. Even the best-selling Ford F-Series fell 7.8 percent, but we're still talking about 726,004 Fords versus 27,406 Titans. To make that live for you, Ford's sales drop was more than double the total Titan sales for 2021.

For now, the Titan still lives. The second-generation model arrived in 2016 and received a modest facelift for 2020. Based on that cycle, a departure for 2024 or 2025 seems logical. However, the first-generation Titan lasted over a decade, so if sales show signs of rebounding, the chunky pickup could stick around a bit longer.