Dodge's Hellcat engine took the brand's performance cars to a new level, pumping out 707 horsepower (527 kilowatts) in 2015. The Demon followed, with 808 hp (594 kW), though the ultimate Dodge engine from the series is the 1,000-hp (746-kW) Hellephant. It's a beastly crate engine Dodge designed to give pre-1976 cars a taste of modern performance, and one Missouri man has gone and done just that.

David had always dreamed of owning a muscle car, with the 1968 Dodge Charger being his favorite. He made that dream a reality by getting his hands on an Hellephant engine, which wasn't easy. He had to leave about 30 voicemails before hearing back, though that's not a surprise. After Dodge opened the preorder books, the $30,000 engine quickly sold out, forcing the company to close preordering. He then had it installed in the Dodge.

This wasn't your average engine swap, though. The build took nearly two years and $200,000 to complete, and that's quite evident in the video. The engine bay is pristine without any unnecessary wiring crowding the 426-cubic-inch (7.0-liter) supercharged V8. The engine makes a whopping 1,000 hp and 950 pound-feet (1,288 Newton-meters) of torque, pairing with a six-speed bowler Tremec T-56 Magnum transmission. The Dodge has a 170-mile-per-hour (273-kilometer-per-hour) top speed. 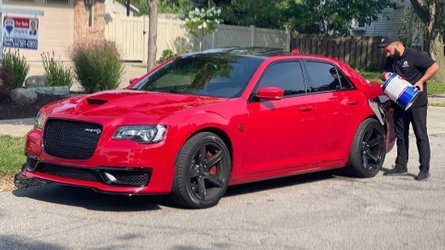 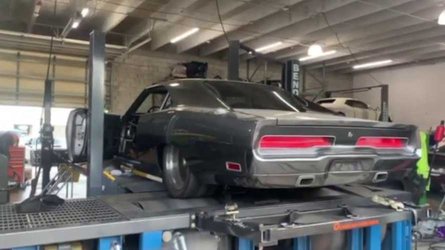 The exterior doesn't have a lick of chrome, which gives it a stealthy appearance, though there are other changes. The drip rail is gone from the rear side window surrounds, and David had the rear glass installed flush. The Dodge has unique elephant branding on the rear-quarter panels and an elephant badge in the grille. David kept the interior as stock as possible, though he did source some Italian leather for it. This '68 Charger is precisely the type of build Dodge was thinking about when it announced the engine, and David's is an exquisite example.