Chevy puts a chromoly tubular frame on top of a Silverado frame and adds a supercharged V8.

The Chevrolet Beast concept is a rugged, military-looking off-road rig that the brand brings to this year's SEMA Show. Unfortunately, don't expect to see this mean machine speeding through the desert anytime soon.

The Beast rides on a shortened short-bed Chevy Silverado chassis. The upper section 4130 chromoly steel tubing, and a few angular body panels, including a clamshell front section, attach to it. The vehicle is largely open with only partial doors and tiny, partial windshields. A small light bar occupies the roof. The rear section holds a pair of full-sized spare wheels.

Power comes from a Chevrolet Performance LT4 supercharged 6.2-liter V8 making 650 horsepower (485 kilowatts). It hooks up to a 10-speed automatic with a two-speed transfer case that sends power through a four-wheel-drive system.

The suspension receives a major overhaul compared to what supports the Silverado. In front, there are concept upper and lower control arms with racing-spec adjustable struts that have remote reservoirs. The back end uses a concept five-link layout with a Panhard bar and adjustable shocks. It rides on 37-inch off-road tires that wrap around 20-inch beadlock wheels.

There's Lots To See At SEMA: 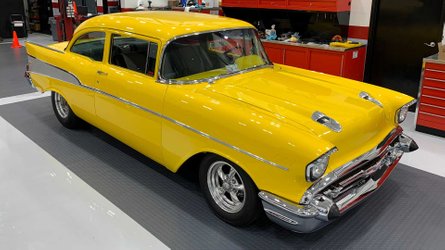 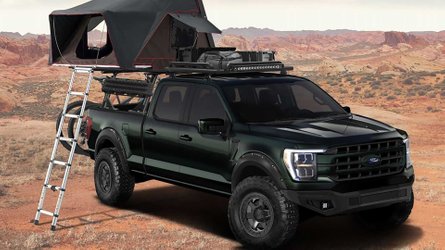 Chevy doesn't provide a good view of the cabin but describes the interior as "having minimalist, functional design." The folks in front look at two, seven-inch LCD displays for all of the instrument data. The four occupants sit in Recaro racing seats with four-point harnesses.

The overall appearance of the Beast is reminiscent of the GM Defense Infantry Squad Vehicle (video below) that the company is building for the military. It's more for rugged utility than speed, though. The machine can carry a nine-soldier squad and has power from a 2.8-liter Duramax four-cylinder turbodiesel engine making over 186 hp (139 kW) and 369 pound-feet (500 Newton-meters).