In November 2020, Skoda CEO Thomas Schaefer took to LinkedIn to announce there would be a next generation of the Fabia Combi. A month later, he reiterated the plan during an interview with Auto Motor und Sport. Earlier this year, the Mladá Boleslav company said the long-roof version of the supermini would switch to the all-new model in 2023.

Despite several confirmations about launching a new small wagon, Skoda has now canceled the practical B-segment car altogether. Representatives of the Czech brand have now told Autocar the Fabia Combi is going away because Skoda needs to get ready for the tougher emissions regulations coming into effect around 2025 when Euro 7 standard will be introduced.

Not only that, but the European Commission has set a target to reduce greenhouse gas emissions by 55 percent by the end of the decade, so the VW Group brand has to plan ahead.

With the Fabia Combi going away, Europe's subcompact wagon segment is now mostly dead. The recently unveiled Dacia Jogger is now your go-to small-ish estate on the Old Continent. However, bear in mind it's 4.55-meters long, making it a veritable compact model only a bit smaller than the rest of the estates in the segment. The Jogger is also a crossover/minivan mashup whereas the Fabia Combi was an honest-to-God wagon.

Skoda fans can take comfort from knowing the fourth-generation Fabia is much larger than its predecessor, thus making it a lot more practical. For those in need of a car larger than the supermini but not as big as the Octavia, the Scala can be considered as an indirect replacement for the Fabia Combi since its 467-liter cargo capacity is 87 liters higher than that of the hatchback. That said, the defunct Fabia wagon had a 530-liter luggage capacity, which for the fourth-gen model would've likely been even larger considering the hatch has significantly grown in size.

Putting The Super In Supermini: 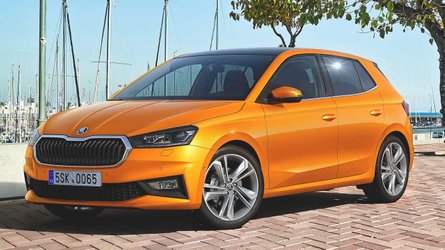 2021 Skoda Fabia Officially Revealed With More Of Everything 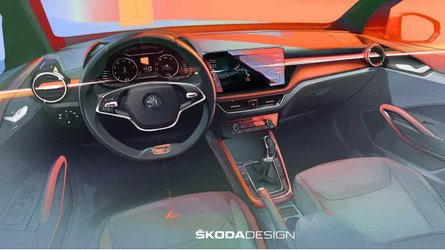 Instead of introducing a new wagon powered by a combustion engine, Skoda has vowed to roll out no fewer than three new electric vehicles by the end of the decade. All of them will be cheaper and smaller than the Enyaq iV SUV, which will spawn a "coupe" version in the coming weeks or months. With the EV push, the company estimates zero-emissions models will account for up to 70 percent of its European sales by 2030.