At the end of last year, Lada announced the end of production for the hardcore Niva Bronto. However, the customer demand for the off-road-inspired version of the SUV remained high and the Russian manufacturer decided to bring it back to life in the summer of 2021. Lada has just unveiled the refreshed Niva Bronto with improvements focused mainly inside the cabin.

Based on the rugged Niva Legend, the Niva Bronto will be sold in two versions - Luxe and Prestige, with the former offering a more utilitarian appearance with metal bumpers and 15-inch wheels. The Prestige trim adds beefier plastic bumpers, side sills protection, and wheel arches, fog lamps, and a model-specific radiator grille. Both variants can be equipped with factory-certified equipment including a LED light bar for the roof and a special “camouflage” exterior paint. 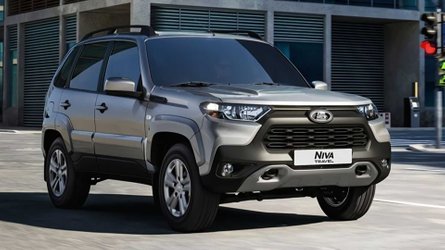 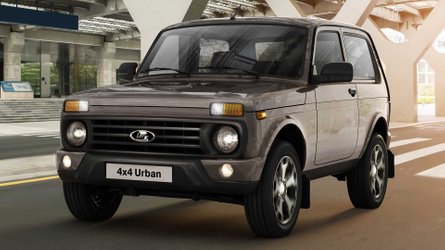 As mentioned above, the interior is where most of the changes for the new model year are focused. These include a new instrument cluster, a modified center console with new climate controls, new and more comfortable seats with heating function, and improved noise and vibration insulation. A few other small tweaks can be seen inside the cabin.

Power continues to be provided by Lada’s immortal 1.7-lite naturally aspirated gasoline engine delivering 83 horsepower (62 kilowatts). The four-cylinder unit is mated to a five-speed manual gearbox, sending power to all four wheels through an all-wheel-drive system with locking front and rear differentials. The Niva Bronto also rides on a slightly modified and reinforced suspension.

Lada is already accepting orders for the refreshed Niva Bronto at its dealerships across Russia. Needless to say, the model will not be exported to other markets.

A brand new generation of the Niva is scheduled to finally arrive in 2024. It was teased earlier this year and the first rumors suggest it could get a Renault-sourced 1.3-liter turbocharged engine. If this turns out to be true, this will mark the first time in history the Niva will be powered by a turbo engine.