Lotus Emira Teased As The Swan Song For Gasoline Engines

We are merely a couple of months away from witnessing history in the making as Lotus has announced its final gasoline car will break cover on July 6. Known up until today only by its Type 131 codename, the last of Norfolk's ICE breed has been baptized Emira (pronounced "E-meer-a"). It takes after a word used in ancient languages, meaning "leader" or "commander."

The name reveal comes along with several shadowy teasers hinting at the Evija-inspired exterior design for what Lotus strongly believes will be a "game-changing sports car." Technical specifications are shrouded in mystery for now, but the Geely-owned brand says the performance machine will be offered with several combustion engines. Lotus goes on to specify these will be pure gasoline units by eschewing electrification altogether.

The fabled British brand has signed a "powertrain partnership" for what will be an engine option new to the company. Details are scarce, but it'll be "highly efficient, use cutting edge technology and be tuned to help deliver that distinctive Lotus experience." The Emira will be an all-new vehicle by adopting a dedicated aluminum-intensive sports car architecture claimed to be a "massive step-change technically."

As you may recall, Lotus has been using a Toyota-derived V6 for years, but it's unclear for now which automaker has inked a deal with the sports car marque. Parent company Geely also owns Volvo, Polestar, and Proton among other car brands. We'll have to wait until July 6 for the official reveal to learn whether it's an in-house partner or a third party.

The new Emira will effectively replace the aging Elise, Exige, and Evora to serve as "the most accomplished Lotus for generations – the perfectly packaged, powered, and formed sports car." We're also learning it will be more comfortable and technologically advanced than its indirect predecessors and will offer better ergonomics to make it more useable in day-to-day driving.

The reveal event will take place at home in Hethel where the Emira is going to be assembled. Following its July 6 premiere, Lotus will show the sports car in action later that week at the Goodwood Festival of Speed.

Rekindle With The Electric Hypercar: 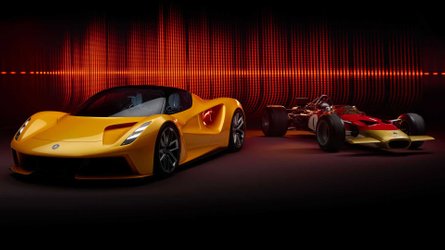 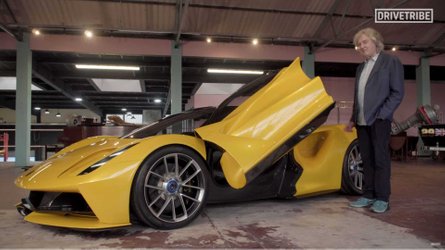 James May Checks Out The Lotus Evija