And no, the Evos is not related to the Mustang Mach-E despite having similar side profiles.

Ford unveiled the hotly anticipated Evos yesterday at the Auto Shanghai show and most of us assumed the wagonized SUV would be on its way to Europe and North America. After all, the Mondeo is on its deathbed and the Fusion was killed last year, so the Blue Oval must be working on something to fill the void. Rumors of a Subaru Outback rival have been swirling around since July 2018, and yet Ford now says the Evos is a China-only affair.

Ford Product Communications Manager Mike Levine was asked on Twitter whether there are plans to bring the car stateside. His answer was pretty clear: "Evos is for customers in China only. There are no current plans to offer it elsewhere." The statement comes as a big surprise considering prototypes of the high-riding vehicle have been spotted in Europe and North America in recent months.

Not all hope is lost as we can still imagine a scenario in which the Evos will be sold outside of the People's Republic. The international version could feature different styling as the test vehicles seemed to have LED daytime running lights not shared with the Chinese model. Perhaps Ford is changing the headlights and making other tweaks to better suit global tastes. Whether these possible revisions extend to the massive screen inside remains to be seen.

New official images reveal the Evos is not a pure electric vehicle as the rear clearly shows an exhaust underneath the rear bumper. That makes sense since the rumor mill insists the Euro- and US-bound model will have a hybrid powertrain.

Mike Levine admitted that while the Evos and Mustang Mach-E "have similar silhouettes," the latter has been developed from day one as an EV. Reading between the lines, that's not the case for the Evos, meaning its architecture can accommodate a combustion engine as denoted by the open-mesh grille to cool down the ICE.

Perhaps the global version will go by another name as reports have indicated, with some calling it the Mondeo / Fusion Active. Ford probably didn't want to steal the Evos' thunder in China by confirming the international model right away, so we might have to wait a while. Meanwhile, the wagon/SUV mashup is officially a China-only product. 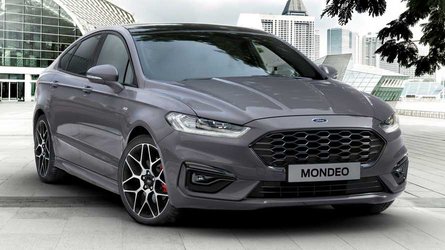 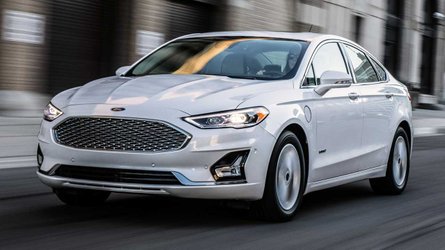