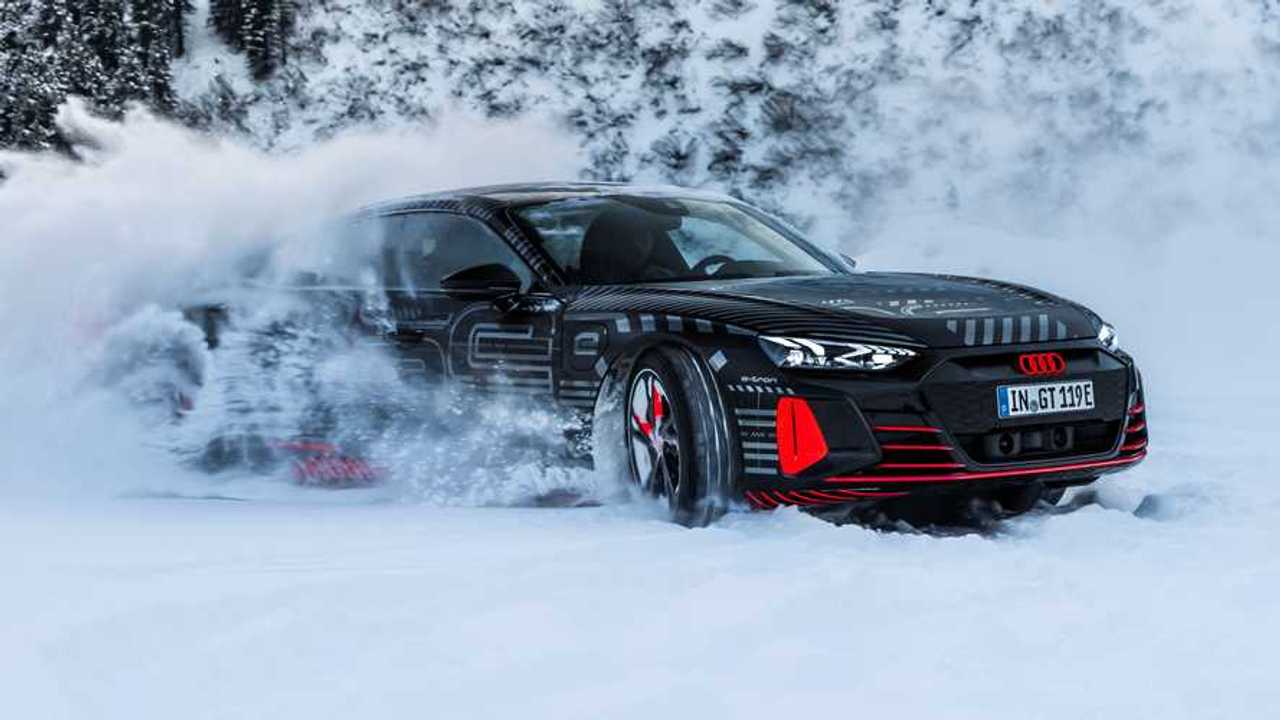 Low air resistance was a key in shaping the body.

"The E-Tron GT is a gran turismo. This term originally stood for sports cars that were suited for long-distance races," Lichte said. "GT models thus differ from pure sports cars in that they offer greater comfort and a larger interior. As a fully electric gran turismo, the E-Tron GT reinterprets this balancing act by not reducing performance to the sheer output but by attributing a special creative importance to efficiency as well."

Low air resistance was a major goal when sculpting the E-Tron GT because it translates to an improved range, according to Lichte. He says the smooth shape of the upcoming sedan is part of a new design language for Audi and is the starting point for the brand's future EVs.

"Sustainability begins with the initial idea and is expressed through the design. The E-Tron GT is thereby pushing an idea that will characterize our understanding of luxury in the course of electric mobility," Lichte said.

Get Excited For The E-Tron GT:

The packaging of the electric powertrain allows for a spacious interior with volume on par with a physically larger ICE vehicle. Lichte describes the cabin as "sculptural" with a driver-focused layout. For sustainability, the interior uses lots of recycled materials, and Audi is not offering leather upholstery.

For customers looking for more performance, Audi has an RS variant of the E-Tron GT. Testing of a near-production version shows that it can hit 60 miles per hour (96 kilometers per hour) in 2.88 seconds, 100 mph (161 kph) in 6.86 seconds, and the quarter-mile in 10.94 seconds.

Following the February 9 debut, look for the E-Tron to go on sale in the US in the second half of the year. European customers should get it even sooner.