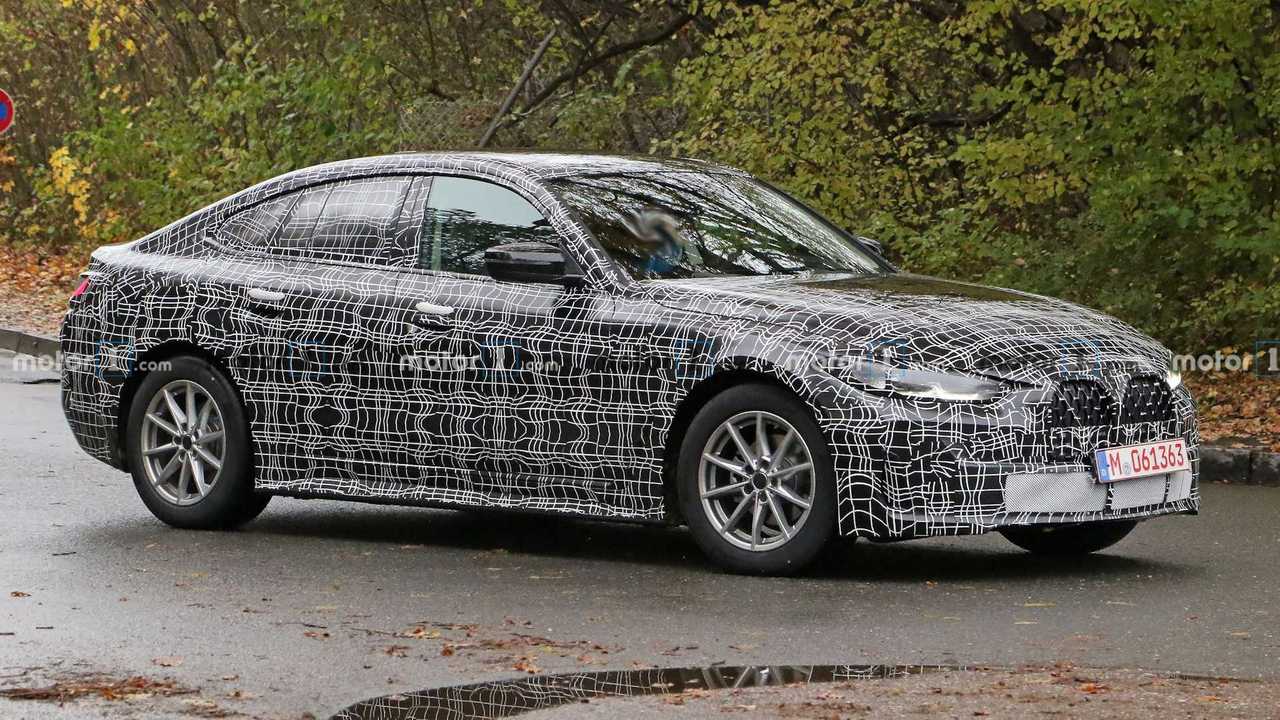 We’re seeing more and more of the new model.

BMW’s stable of sedans is getting a refreshed model – the 4 Series Gran Coupe. The German automaker has already rolled out the updated 4 Series Coupe and Convertible, so our attention turns to the four-door version. Camouflage has kept many of the car’s finer details hidden, though the car has begun to show itself. A new batch of spy photos shows the car with a bit less coverage than before, though much of the front and rear fascias remain obscured.

The new batch of photos shows the car losing a bit of the cladding under the foil. We can see the large kidney grille, just as it is on the other 4 Series models, though the top portion is closed off. It’s similar to the entirely closed-off grille of the all-electric i4 we expect to see, though that’s not surprising. BMW will build the two on the same assembly line on top of its CLAR platform, which is capable of handling various powertrain setups.

The 4 Series Gran Coupe will share its powertrains with the rest of the 4 Series lineup. The base 4 Series Coupe comes with a turbocharged 2.0-liter engine making 255 horsepower (190 kilowatts) and 294 pound-feet (399 newton-meters) of torque. The upmarket mill is BMW’s 3.0-liter six-cylinder engine with 48-volt mild-hybrid technology that produces 382 hp (285 kW) and 369 lb-ft (500 Mm). Both should be available in the Gran Coupe. There are also rumors of a full-blown M4 Gran Coupe, a first, and a plug-in hybrid version in development.

One thing that will separate the 4 Series Gran Coupe from the rest of the lineup is its door handles. The photos show the sedan wearing the new style of door handles found on the i4. BMW hasn’t hinted at when we’ll see the new Gran Coupe, though it could happen later this year. However, we would not be surprised if BMW held its reveal in early 2021.