Mopar Introduces Jeep Wrangler Mirrors For When The Doors Come Off 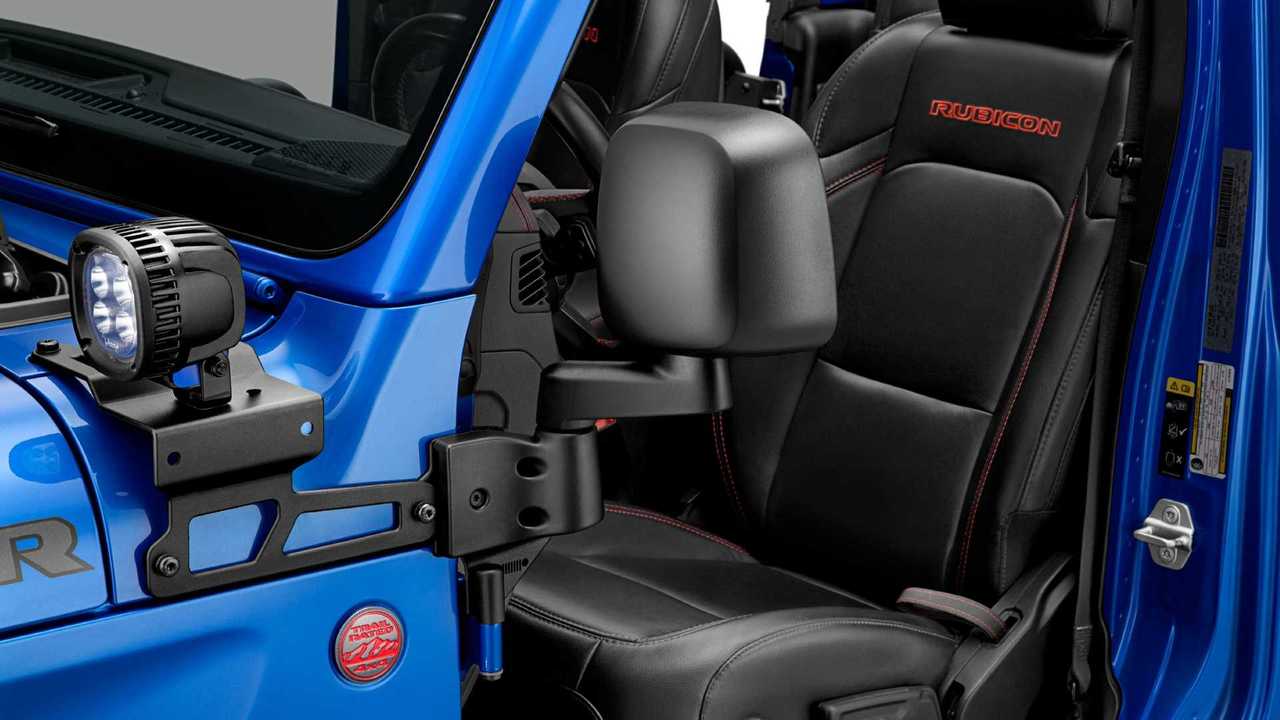 They only require one tool to install and cost $295 in the US.

The Jeep Wrangler and Gladiator mount their mirrors to the doors. This becomes an issue when owners remove the doors because the driver then loses important outward visibility, which also comes with the potential for less safety. Mopar solves the issue with its new doors-off mirror kit that the company says mount "quickly and easily."

The mirror kit attaches to the cowl-end cap bolt and the upper-door hinge. A thumb wheel-nut-clamp is an attachment point to the door flange. The mounting brackets feature an anti-corrosion undercoat and black powder-coat finish. Owners can even mount a spotlight for a little extra illumination. The only tool necessary for installing everything is a T40 bit wrench, which already comes in the Wrangler and Gladiator's tool kit.

The Mopar Doors-off Mirror Kit carries a price of $295 in the US or $398 CAD in Canada. They're available for the current generation of the Wrangler and Gladiator. The pieces come with a two-year/unlimited-mile warranty.

While they're not available yet, spy shots also show Jeep developing half doors for the Wrangler with a removable upper portion. They're especially great for folks in warmer climates because enjoy mostly open-air motoring while still having part of a door for a sense of security.

When it came time to design the new Bronco, Ford's team seemingly looked at the Wrangler, saw this issue, and opted to mount the SUV's mirrors to the A-pillar. The decision means that when the doors come off, the mirrors are still there.