Chevy Groove Compact Crossover Costs Only $12,000, But There’s A Catch 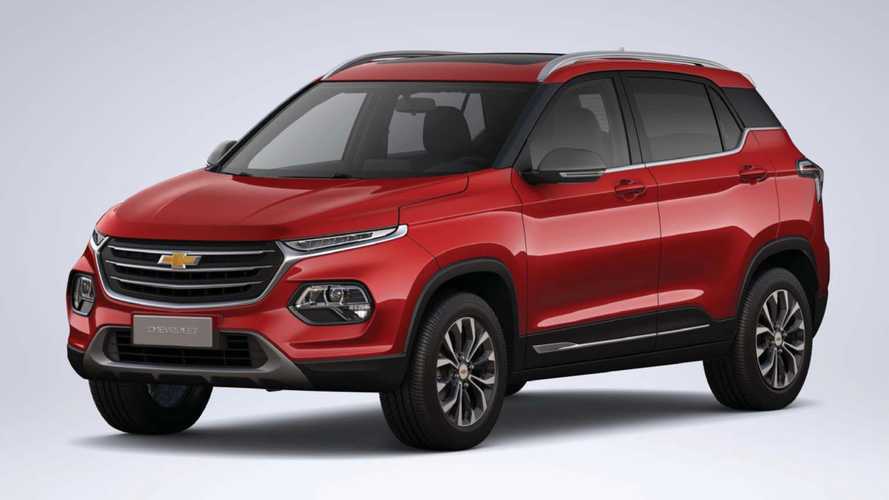 It won’t be available in the US.

Crossovers and SUVs aren’t just popular in the US. Both segments have seen growth elsewhere, including Latin America, where today Chevy expanded its lineup with a new compact crossover called the Groove. The Detroit-based automaker introduced the new model in Chile, though it’ll be available across Latin America, the Middle East, and Africa. And it’s cheap, though don’t expect to find the bargain buy on US dealer lots.

The Groove, available in LT and Premier trims, packs a 110-horsepower (82-kilowatt) 1.5-liter four-cylinder. Front-wheel drive and a six-speed manual gearbox are standard equipment on the crossover in Chile, according to GM Authority. The Groove is a result of the SAIC-GM-Wuling Chinese joint venture, and it should look a tad familiar. Underneath the Golden Bow Tie badge is a Baojun 510. It’s similar to the Baojun 530-based Chevy Captiva that’s also available.

One of the Groove’s draw is its price. In Chile, it starts at CLP 9,690,000. That’s $12,130 at current exchange rates. However, its low price doesn’t add up to a stripped-down product. It won’t wow everyone, but standard features do include safety features like four airbags and stability and traction control. Creature comforts include air conditioning, a rear-view camera, and an 8.0-inch infotainment screen. Those who opt for the Groove Premier are treated to automatic climate control, LED lighting, leather-trimmed seats, and more.

It’s certainly a compelling package on paper, especially at its price, but it lacks many of the safety features and amenities customers love. Adding them would increase the price, as would swapping out the engine for a more powerful one that’d be palatable to American tastes. It’s cheap and sold where it is for a reason, giving consumers worldwide a well-equipped vehicle they can afford with a design that falls in line with the rest of the Chevy’s global lineup.