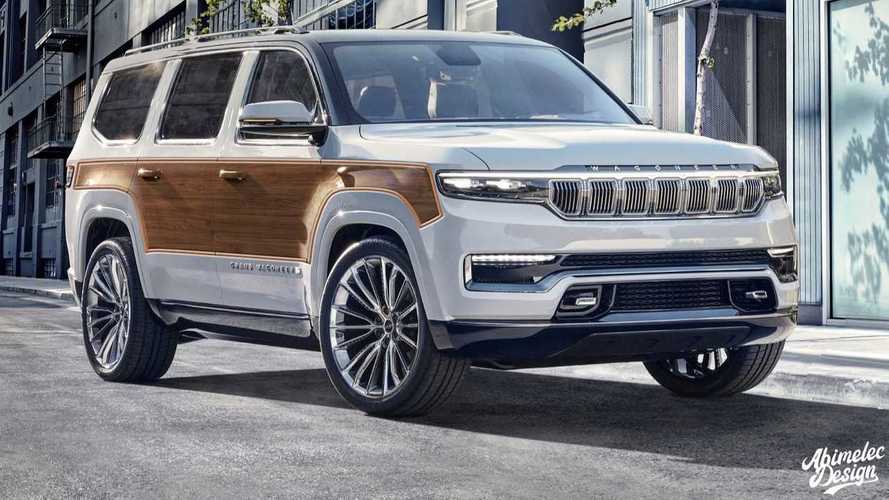 The idea got killed by the boss.

From Kaiser to AMC, then to Chrysler (now FCA), the Jeep Wagoneer was an enduring nameplate that spanned from 1963 to 1991 – one of the longest-running Jeep nameplates before it got killed. It's also the third longest-produced single generation vehicle in U.S. automotive history, sitting atop the SJ platform for 29 years.

However, apart from its longevity and revered capabilities, one of the most distinctive traits of the Wagoneer is rather aesthetic – the presence of wood panelings. With that said, one could have expected the returning Grand Wagoneer concept to bear the wood panels on the sides, as seen on the fan rendering above.

But that never came to fruition, thanks (or no thanks) to Ralph Gilles, FCA's Head of Design. And he knew he'll hear something about it as the concept got revealed last month. This was revealed in an interview with Gilles by Gear Patrol, wherein he admitted that the design team submitted a mock-up with wood paneling as a jest – "for a hot minute" before he killed it off.

"I know I’m gonna get a lot of crap about not getting the wood on the sides," Gilles said in the Gear Patrol interview.

It's Only A Matter Of Time Before We See The Production Version:

There's a good reason for Gilles' decision to not employ wood on the new Wagoneer. As the person in charge of the returning nameplate's, Gilles had to balance familiarity and modernity in the revived vehicle – the same thing he did with the Charger and the Gladiator.

Still, Gilles admitted that his design team picked up from where the last Wagoneer from 1991 had left and that they "actually had a few themes that were...emulating the last version, from 1991."

"It was almost too retro. We quickly got off that bandwagon," Gilles added.