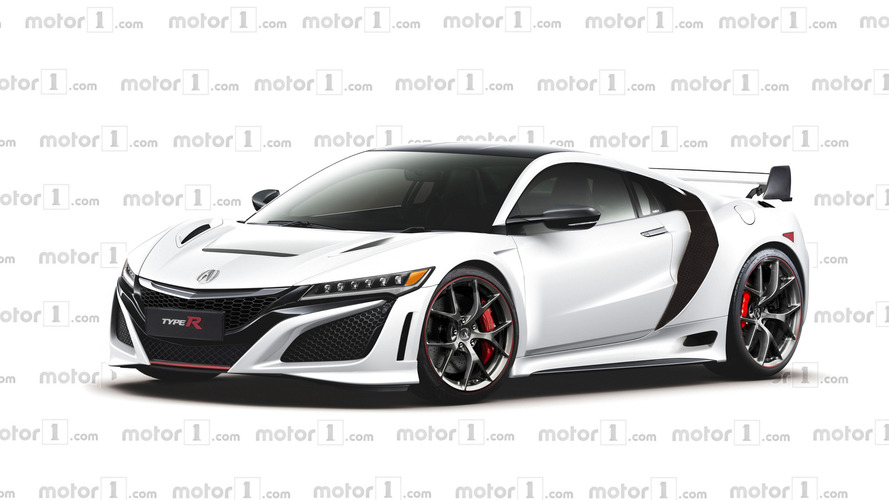 The rumor mill is relentless when it comes to churning out reports about potential derivatives of Acura’s hybrid supercar. The company took its sweet time coming out with the second-generation NSX and it’s turning out to be a similar story with a possible lineup expansion. It’s apparently still on the agenda, but Japanese magazine Best Car claims additional members won’t be introduced anytime soon.

The report alleges a long-awaited NSX Type R is scheduled to debut in October 2021 with an upgraded twin-turbo 3.5-liter V6 engine. There’s no mentioning of the three electric motors, but Best Car claims Acura/Honda will take the combined output to around 641 horsepower. If the number turns out to be accurate, it would represent a healthy bump of nearly 70 hp over the standard NSX. A torque increase over the current 476 pound-feet (645 Newton-meters) is also expected, but not to the same extent as the horsepower rise.

The NSX Type is also said to feature additional upgrades beyond the more potent powertrain. The NSX-R of the early 1990s came with a significant weight loss of around 265 pounds (120 kilograms). Extended use of carbon fiber could shave off some fat over the current model, which tips the scales at 3,878 pounds (1,759 kilograms).

A more aggressive body with improved aero could also be in the offing, along with upgraded brakes and chassis tweaks for better handling. It’s all speculation at this point, but it would be perfectly fitting for the NSX to get the Type R treatment. Some are probably hoping for drastic changes in the same vein as the GT3 race car with its rear-wheel-drive layout after getting rid of the hybrid assist. Removing the electric motors would also pay dividends in terms of weight as the GT3-spec NSX is 1,069 lbs (485 kg) lighter than the road car.

If the report published by Best Car magazine is to be believed, an NSX Spider could follow in December 2021. Details regarding what sort of roof it would use remain shrouded in mystery, but the original model was engineered to accommodate a removable targa top that went to largely replace the coupe version in North America.

It seems plausible the NSX could lose its roof seeing as how Tony Stark drove a roadster concept (pictured above) in The Avengers that came out back in 2012. That said, the car used in the movie was actually a 1991 NSX extensively modified by Honda to preview the look of the second-generation model that made its official debut at the 2015 North American International Auto Show.

Acura's Supercar Is As Sharp As Ever:

Acura NSX Is The Fastest Production Hybrid Ever At Pikes Peak
⠀

As always, take these reports with the proverbial pinch of salt, but we’re keeping our fingers crossed at least the Type R will see the light of day.