The Jeep Grand Wagoneer Concept Has Seven Huge Screens Inside 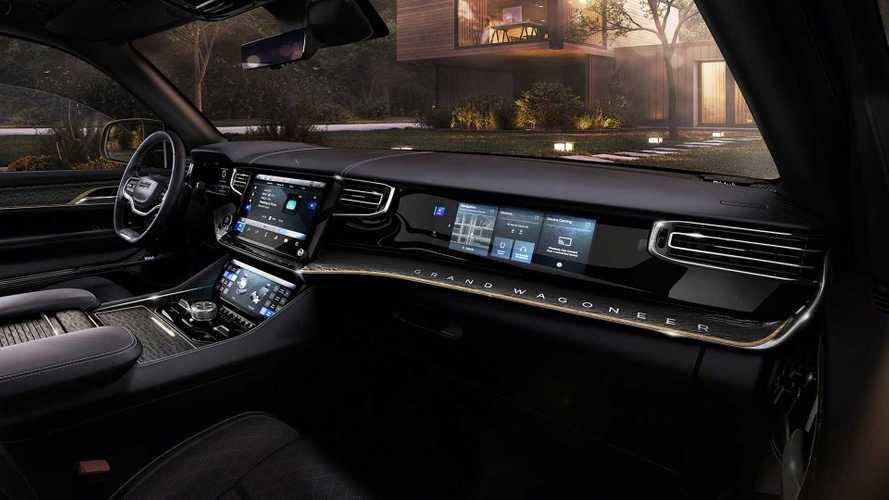 And that includes a touchscreen on the passenger side.

The Jeep Grand Wagoneer is back (at least, initially, as a concept), which is huge news for fans of the American SUV brand – specifically those who think fondly of the original from the 1960s. While this new Grand Wagoneer does offer a few subtle nods to the classic, more than anything, it brings the nameplate into the modern age with features like an advanced plug-in hybrid powertrain, 3D-printed exterior elements – the trapezoidal wheel arches, in particular – and more than seven available touchscreens in the cabin. That's right, seven.

That's an impressive number of screens, especially because we just gushed about the new Mercedes-Benz S-Class having five of them yesterday. The Wagoneer concept bests the Benz's figure by two and boasts nearly 45.0 inches’ worth of total surface area with all the screens combined. And each one offers something slightly different.

The Grand Wagoneer's largest screen is actually behind the steering wheel; directly in the driver's forward view is a huge 12.3-inch digital instrument cluster display. It offers readouts for essentials like speed and fuel economy, as you'd expect, but also provides information for battery charge and active safety features. And based on what Jeep already offers in terms of digital clusters, we expect this one to be highly customizable as well.

The main central display is a sleek, 12.1-inch touchscreen that’s nearly four inches bigger than the next-largest Jeep's screen (the one on the Grand Cherokee is 8.4 inches). Powered by FCA's brand-new Uconnect 5 infotainment system, this horizontally oriented screen operates at speeds five times faster than the current Uconnect 4 system. Jeep promises more options, features, and customization here than ever before, but we'll have to wait on the specifics. We expect things like Apple CarPlay and Android Auto to carry over, potentially with wireless connections for the first time in an FCA product.

But even with that big central touchscreen, Jeep hasn't totally abandoned physical dials – which is good news. There are volume and tuning knobs on either side of the screen, touch capacitive buttons for seat heating and ventilation functions above that, and physical buttons at the bottom of the screen for climate control functions.

Below the central screen is a slightly smaller 10.3-inch "comfort display" that manages all seat functions, both front and rear. It's actually a similar setup to Jaguar's Touch Pro Duo displays. Here in the Grand Wagoneer, users can control things like lumbar, upper back, thigh support, and even massage options via the 10.3-inch screen. And when you're done, you can turn that screen off entirely.

That's right, even the front passenger has access to their own personal touchscreen. Similar to what you get in something like the Porsche Taycan (even though it's nearly two inches smaller than the Jeep's), the Grand Wagoneer's 10.3-inch passenger touchscreen display lets you access basic features like navigation and vehicle settings, but also wirelessly streams content from a smartphone via Bluetooth as well as connect wireless headphones.

Similar to the 10.3-inch comfort display available in the front compartment, second-row passengers have access to their own 10.3-inch display that manages seat functions. That screen controls things like seating adjustments and heating and cooling functionality, and like the front screen, it can also be shut off entirely when not in use.

Joining the rear comfort display are two 10.1-inch screens tacked onto the front seatbacks. We assume that the dual rear entertainment systems give second-row passengers access to vehicle settings as well as smartphone streaming and wireless headphone connectivity, similar to what is available to the front passenger. But we don't know all the details on what each of these screens offers until the Grand Wagoneer officially reaches production, which will happen next year. 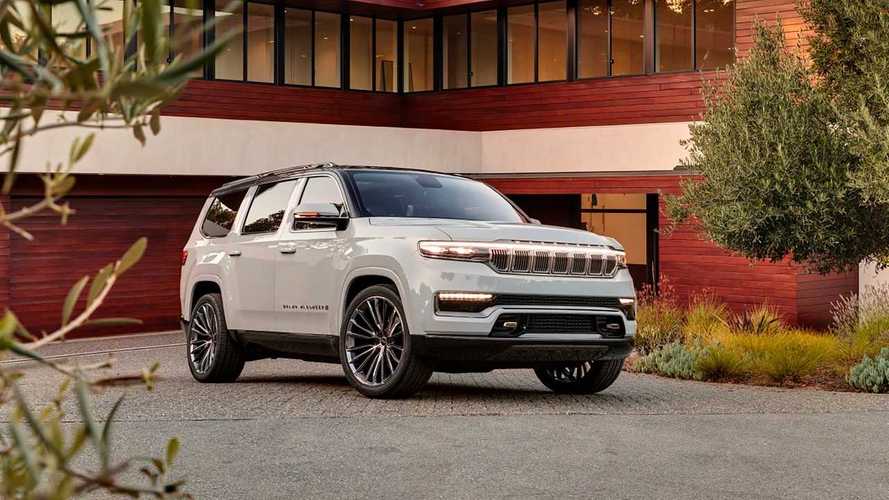