The owner even customized the interior with Porsche seats.

If you're looking to own a largely forgotten piece of Porsche history, then check out this 1988 Mooney M20L PFM airplane that packs a 3.2-liter flat-six engine that's related to the mill in the  911 at the time. The seller on Facebook Marketplace is asking $140,000 CAD ($103,039), which is around what you'd pay for a lightly optioned new 911.

PFM stands for Porsche-Flugmotoren, or Porsche aircraft engines in English. In the early 1980s, the company saw a space in the aviation market for its air-cooled flat-six engine. Mooney, an aircraft maker that focused on high-performance models, expressed interest and installed the powerplant in a variant of its M20 model. With 217 horsepower (162 kilowatts) on tap, it was a slight upgrade over the 210 hp (157 kW) Continental engine in the earlier M20K aircraft. 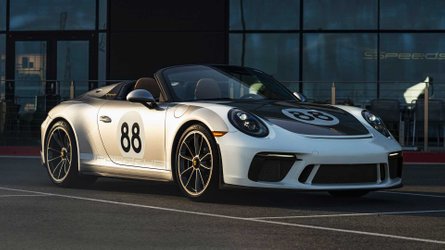 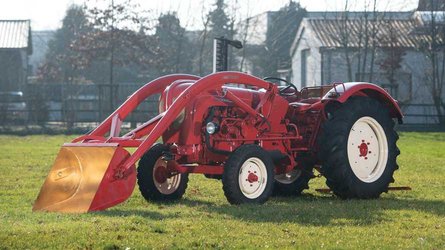 1963 Porsche Diesel Super Export Is Obviously Not A Sports Car

Generally, propeller-powered planes have separate controls for adjusting the throttle, engine fuel mixture, and propeller's pitch. One of the interesting aspects about the Porsche powerplant in the M20L is that there's just one lever that handles all of this. It means there's less for the pilot to need to think about while in the air.

This one is customized with what appear to be Porsche seats. They have white leather upholstery and the brand's crest on the headrests.

The PFM project was shortlived, and Porsche shut it down in 1991. This caused problems for M20L owners because the company also stopped producing replacement parts for the engine. The FAA has very specific requirements for keeping a plane airworthy, and people with this aircraft weren't able to maintain them. There was even a lawsuit over the issue.

The owner of this M20L indicates that it still has the Porsche engine and is 400 hours since a major overhaul. Generally, a prop-driven plane needs an overhaul about every 2,000 hours, so the buyer can spend some time in the air before tackling the issue of needing to figure out how to maintain it.