2021 Lexus IS Not Coming To Europe

No new IS for you, Europe. Sorry.

We are exactly a week away from the official debut of the next-generation Lexus IS but don’t get too excited about it if you live in Europe. A new report coming from the Old continent claims the premium sedan won’t be offered in the European Union and the surrounding countries but there’s a very solid reason for the company’s decision.

According to AutoWeek, which recently had a chat with the official Lexus importer for the Netherlands, the automaker won’t export the new IS to the other side of the Atlantic. And we guess you know the answer why this is happening - because of the booming SUV and crossover sectors and the declining sedan sales around the world.

According to the publication, approximately 80 percent of Lexus’ sales on the continent last year were SUVs and crossovers with the IS being one of the least popular models. In addition, the brand has replaced the GS with the equally large but more technologically advanced ES, which means the manufacturer has at least one sedan on sale in Europe but a second one would probably cannibalize the sales.

Set to make its official debut on June 9, the new Lexus IS could switch to a new platform but nothing has been confirmed yet. However, we’ve seen contradicting reports about the underpinnings of the new premium sedan with some saying it will stick with the old bones rather than switching to the TNGA-L platform. We have the feeling that it won’t be brand new and built from scratch but we’ll have to wait a week to find out. 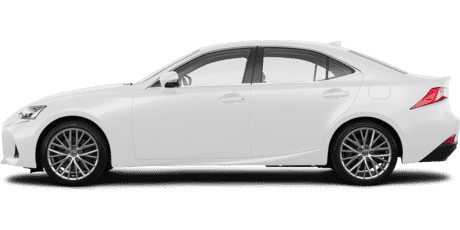 With the GS now basically discontinued, the new IS might be pushed upmarket to fill in the void, which is probably another reason for Lexus’ decision not to sell it in Europe. We expect to see a more luxurious interior cabin where there will be a tech infusion, plus a bit more aggressive exterior.

Thanks to James for the tip!