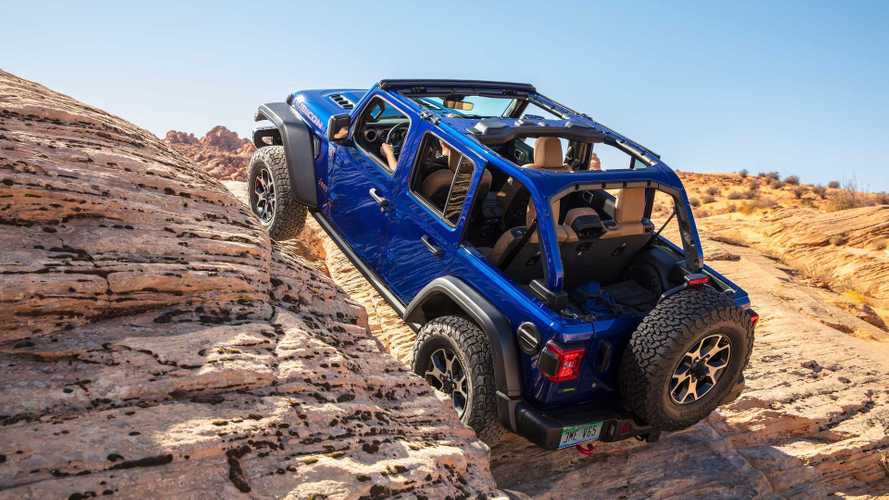 It's something that's bound to happen.

With Jeep's electrification strategy starting to take shape, the manufacturer has expressed interest in expanding its electric offerings in the future. Jeep plans to electrify its entire range by 2021, and there have been some questions regarding the future of the Wrangler. Sure, it's pretty much a done deal that a PHEV version will make its way into showrooms by this year, but an all-electric Wrangler is definitely something that Jeep be working on soon, right? It appears that they have been toying with the idea, as reported by caradvice.com.au, during a recent talk with one of Jeep's senior executives.

An off-road icon, the Jeep Wrangler is already very capable when tackling different types of terrain, but an electric version would be a true next step for the model. According to Mark Allen, head of design at Jeep, it's merely a matter of "when" rather than "if". “I truly believe that if we do an electric Wrangler, sometime in the future, that would actually be a better Wrangler." Much of the plans are still under wraps, but there's some definite interest in exploring this idea. Allen goes on by saying that it would be more capable off-road, and will have the ability to do things we can't do now.

Allen went into some detail regarding the advantages of an electric powertrain, and how it opens up more possibilities in terms of traction and maneuverability. “If we did an electric vehicle, you'd have the ability to control each wheel’s speed and direction individually. That's huge. The possibilities open up for us rather than close down", he said. “Just that it goes to all four wheels. That's what's important.”

Jeep Is Gearing Up For A Very Busy Year:

Jeep Confirms All-Electric Rock Crawlers Are On Their Way

With the appeal of the Wrangler being centered around its off-road capabilities, Allen believes that fans and loyalists will embrace an electric Wrangler because it will improve its core DNA. “It's about making a better Wrangler. A more capable off-road vehicle.”