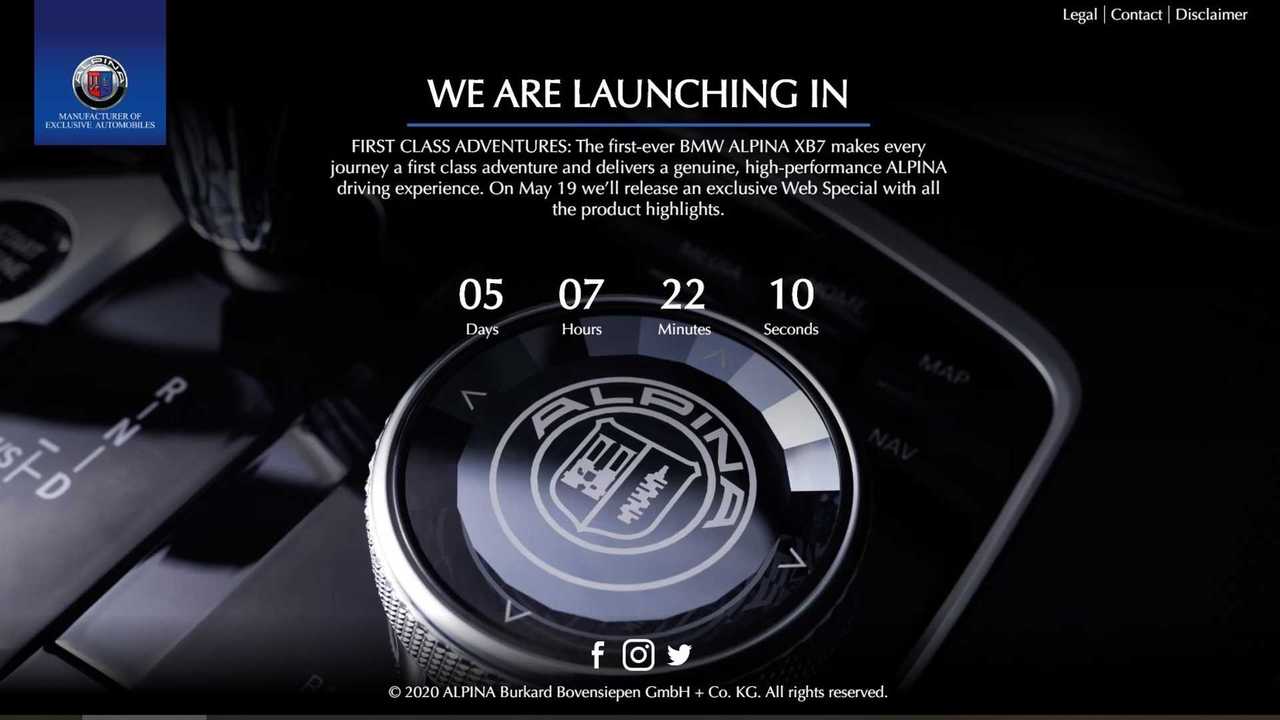 It will likely be based on the X7 M50i, but with approximately 600 horsepower.

It was only a few days ago when Alpina introduced the torquetastic D3 S sedan and wagon and now the BMW specialists are getting ready for another major debut. The Buchloe manufacturer is adding the X7 to its portfolio by coming out with an XB7 for which the company has launched a dedicated website. Available at first-class-adventures.com, the site currently shows a countdown to the high-performance SUV’s reveal.

The official debut is scheduled to take place next Tuesday, May 19, so the wait is nearly over. We’ve caught prototypes undergoing testing in multiple instances, so the fact that it is coming doesn’t surprise us at all. Back in July 2019, Alpina’s CEO told us an XB7 would be “great” for the United States, so here’s hoping the speedy SUV will join the B7 in the company’s North American lineup.

While Alpina isn’t willing to reveal any details for the time being, the “XB7” moniker clearly means the vehicle will be powered by a gasoline engine. There might be an XD7 running on Devil’s fuel for the European market, but we’ll have to wait and see about that. Expect the gasoline-fueled variant to be based on the X7 M50i where the twin-turbo 4.4-liter V8 produces an already healthy 523 horsepower.

The X7 M substitute from Alpina should offer somewhere in the region of 600 hp for a starting price that will command a premium over the $99,600 that BMW is asking for its range-topping variant. A subtle body kit and those excellent 20-spoke alloy wheels will make the Alpina variant easier to identify. As with other BMWs tweaked by Alpina, chassis and suspension upgrades are likely in the cards, along with revised brakes and changes to the automatic transmission to handle the bump in power.

What Has Alpina Been Up To Lately?

Alpina’s lineup could grow furthermore in the near future as an upgraded variant of the 8 Series Gran Coupe is on the agenda. Not only that, but the company might also get its hands on an electrified BMW, but it does not represent a priority at the moment.