Don’t expect a ton of changes.

Jaguar introduced its first crossover, the F-Pace, just a few years ago. It followed up with the smaller E-Pace a year later in 2017. Jaguar is already preparing to give the smaller E-Pace a mid-cycle refresh that’s scheduled for the 2021 model year, even though the crossover is still relatively new. The latest spy photos from northern Sweden show that the snow is starting to melt, though the warmer temperatures have done nothing to remove any of the Jaguar’s swirly camouflage.

While Jaguar hides much of the crossover, we aren’t expecting a ton of visual changes. This is a mid-cycle refresh, which should see most of the updates kept to the front and rear fascias. However, don’t expect a completely new face. The grille and headlights should get a tweaking, along with the bumper’s design. Changes at the rear are likely fewer, though the E-Pace should receive a reworked taillight design and a revised rear bumper.

Check Out The Other E-Pace Spy Shots: 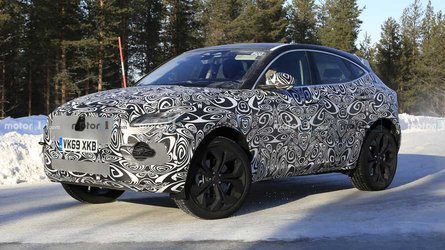 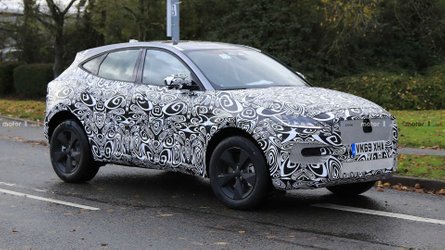 Jaguar's E-Pace Spied Getting Ready For A Minor Facelift

The interior likely won’t receive any significant updates. However, there should be some more tech packed inside along with an updated infotainment system. There could be bigger screens, too. Under the hood, Jaguar is unlikely to make any changes. That means the current crossover’s turbocharged 2.0-liter mill will carry over. It makes 246 horsepower (184 kilowatts) or 296 hp (221 kW) depending on the trim. Both pair with a nine-speed automatic gearbox and all-wheel drive.

We expect Jaguar to reveal the refreshed E-Pace in the second half of this year before going on sale as a 2021 model. The Jaguar F-Pace remains the company’s sales leader with the E-Pace a distant, though strong second. Refreshing the E-Pace could give the necessary jolt to close the sales gap between it and its larger sibling.