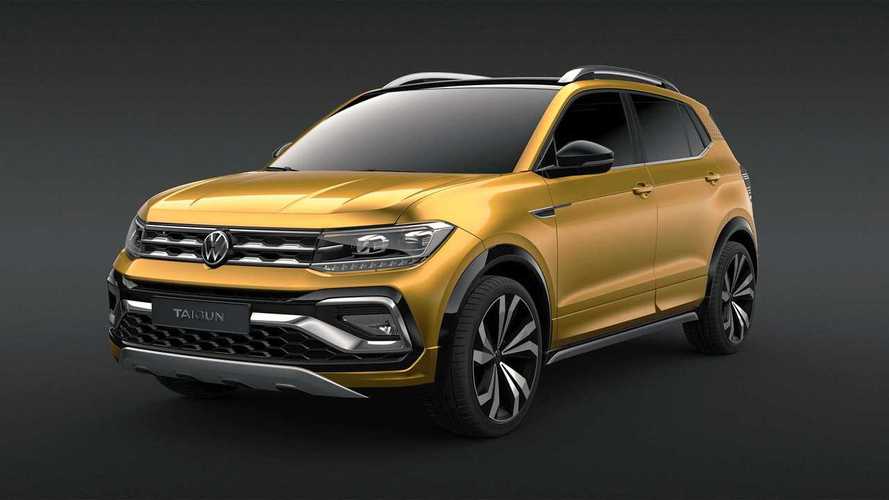 It was October 2012 when Volkswagen unveiled the Taigun concept as a tiny crossover measuring only 3858 millimeters (151.9 inches) in length. While the pint-sized vehicle never lived to see the light of day despite the plethora of rumors saying otherwise, the name is finally appearing on a production model. We’re talking about the crossover, which looks awfully familiar. It’s because this is nothing more than the Indian version of the T-Cross.

It’s worth pointing out that at 4.2 meters (165 inches) long and with a 2.65-meter (104-inch) wheelbase, the Taigun is actually based on the stretched T-Cross that VW sells in some parts of the world. In addition, the vehicle’s appearance resembles that of the Chinese-spec T-Cross, so it’s understandable if you’re thinking the company’s SUV lineup is getting a bit confusing.

Debuting this week at Auto Expo 2020, the Taigun subcompact crossover rides on an Indian version of the MQB A0 platform and likely shares many of its underpinnings with a future production version of the Skoda Vision IN concept revealed at the same show. The Taigun has a generous 205-mm ground clearance, making ideal for India’s rough roads. In fact, the engineers have tuned the suspension to make it more suitable for the world’s second most populous country.

Power comes from a turbocharged 1.5-liter gasoline engine good for 130 hp and equipped with cylinder-deactivation tech. VW says the Taigun will do 0 to 62 mph (100 km/h) in 9.9 seconds and hit a top speed of 114 mph (183 km/h), although that’s likely with the lesser three-cylinder 1.0 TSI engine with 115 hp. While a diesel engine won’t be available, Autocar India reports a thrifty powertrain running on compressed natural gas (CNG) is being considered.

VW India will have the Taigun on sale by the end of the year or early 2021. All versions will be front-wheel drive, with a choice between a six-speed manual gearbox and a seven-speed, dual-clutch automatic.