The Infiniti QX55 will arrive later than expected, because the brand will delay production in Aguascalientes, Mexico, by five months. Rather than starting in June, the assembly will now begin in November, according to Automotive News citing a letter from Nissan North America to its suppliers. The company cited "operational efficiencies" as the reason for the change, the report said.

Infiniti hasn't yet shown the QX55 and has only released teaser images of the model so far. The vehicle is a coupe-inspired crossover that the brand intends to evoke the first-generation FX. It slots between the QX50 and QX60 in the range and competes against models like the BMW X4 and Mercedes-Benz GLC Coupe. 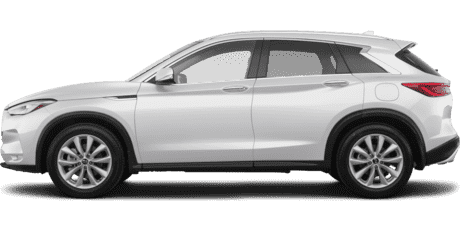 The powertrain should be the same as the QX50. This would give the QX55 a 2.0-liter turbocharged four-cylinder with a variable compression ratio and producing 268 horsepower (200 kilowatts) and 280 pound-feet (380 Newton-meters) of torque. A CVT would be the only gearbox choice, but customers would be able to choose front- or all-wheel-drive configurations. Pricing for the QX55 is a mystery, but the starting figure is likely a little higher than the QX50's base cost of $38,275.

Here's Everything There Is To Know About The QX55:

With production now beginning in November, don't expect to see the QX55 in showrooms until December 2020 at the earliest, and it might be 2021 before significant numbers are available at dealers.