Plenty of people aren't jumping on the crossover bandwagon and continue to buy new minivans.

If a vehicle finds the right niche, sometimes it can stick around on the market longer than you'd expect and even be on sale alongside the model that is the ostensible replacement. As the perfect example, check out this tally of minivan sales in 2019. The Dodge Caravan that dates back to an original introduction for the 2008 model year has significantly stronger numbers than the much newer Chrysler Pacifica. Buyers even picked up a few examples of the old Town & Country last year.

The Caravan's continued success is likely down to FCA's ability to sell it to fleets. These buyers aren't looking for a vehicle offering the latest amenities. Instead, they just need a spacious vehicle for hauling people or goods. The Caravan's age also means that the mechanics for these firms are very familiar with repairing them. 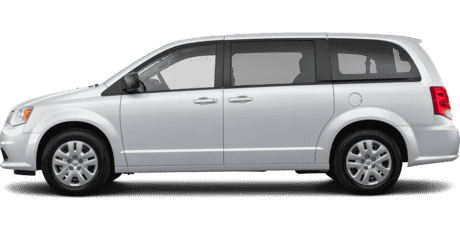 Reports hint that the Caravan might get the axe in 2020. The Chrysler Voyager replaces it, and the new model is simply a less expensive version of the Pacifica.

The Honda Odyssey had a fairly strong year in 2019 with the lowest decline in sales of any vehicle in its segment. A refreshed version arrives for the 2021 model year, which means sales could begin as soon as the second half of 2020. Spy photos of the development indicate there is new front-end styling, and rumors hint at the possibility of a hybrid model joining the layout.

save over $3,400 on average off MSRP* on a new Honda Odyssey

Toyota Sienna deliveries slipped 16.1% in 2019, but the company probably wasn't too concerned. The existing minivan dates back to the 2011 model year, and spy shots show that a new generation is already under development. It could even arrive for 2021, putting the van in direct competition with the refreshed Odyssey.

See How Other Segments Performed In 2019:

With just under 16,000 deliveries, the Kia Sedona was a distant fifth place in volume for its segment. Making things even worse, the minivan had a refresh for the 2019 model year that included a new eight-speed automatic and improved tech in the cabin. The upgrades didn't help deliveries this year, though.