Cadillac Bringing Back Real Model Names, Could Go All EV By 2030

Development of internal combustion engines will continue for the time being.

While Kia is reportedly looking to drop “Optima” and use “K5” globally for its new midsize sedan, Cadillac will be doing the exact opposite with its future EVs. The company’s president, Steve Carlisle, told journalists gathered in Detroit on Thursday the luxury brand will revert to actual names by ditching the bland alphanumeric monikers for its upcoming electric cars. It’s unclear at this point whether that means they’ll be resurrecting some old nameplates or the premium marque is looking to come up with fresh ones.

It’s not the only important announcement made by Carlisle as he also said Cadillac might become an EV-only brand by 2030. If that’s not going to be the case, at least most of the models in the company’s portfolio will eschew the internal combustion engine in 10 years from now. Leading the way will be a completely new zero-emissions crossover previewed at the beginning of the year during the Detroit Auto Show.

Details are scarce at the moment of writing, but we do know it will accommodate up to six people and will boast a highly advanced autonomous driving system. The images released by Cadillac so far with the sleek crossover also showed a futuristic interior cabin with a massive digital display stretching across nearly the entire width of the dashboard.

Carlisle said we’ll learn more about the zero-emissions crossover in the first quarter of next year, but already we know the initial range target of more than 300 miles will likely be pushed to 400+ miles thanks to the projected advancements in battery tech. Cadillac’s president said the development of the model – which will ride on a new platform specifically engineers for EVs – is “moving along very well.” 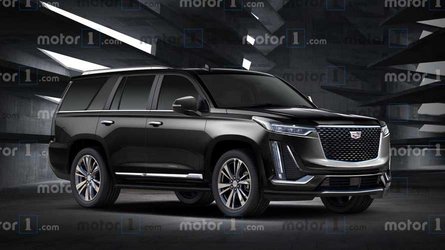 The transition to EVs will also bring dividends in terms of sportiness, with Carlisle mentioning “the performance you’ll get on each and every EV is exciting.” Journalists asked him about the possibility of a sports car, and while he wasn’t exactly generous in terms of sharing details, he did say it would have to boast a motor at each corner and the battery pack mounted in the middle.

The EV push doesn’t mean Cadillac is abandoning the traditional engine altogether as Carlisle mentioned the development of the ICE will continue for the foreseeable future since the switch to electric cars won’t happen overnight.