It looks like the Volkswagen core brand isn’t the only big automaker changing its corporate logo as Kia will probably be doing the same in the near future. Several trademark applications from November 26 reveal a long overdue interpretation of the Kia badge that arguably does a better job of illustrating how the brand has greatly evolved in the last decade.

Designed in red and black flavors, the application for the stylized KIA avatar was made back at home with the Korea Intellectual Property Rights Information Service (KIPRIS). The fields for the registration date and application publish date are both empty, which means Kia has yet to receive the stamp of approval from the local authorities, but that’s likely only a matter of time. Digging deeper into the search results provided by KIPRIS reveals Kia actually initially applied for these two logos on July 19.

While VW’s new logo is more of the same, it’s an entirely different situation with Kia’s as the changes are quite significant. If the new badge looks somewhat familiar, there’s a perfectly good reason for that. At the Geneva Motor Show earlier this year, the Imagine by Kia concept had a virtually identical logo, with the only real difference being that it was illuminated in white.

Gallery: Imagine by Kia concept at the 2019 Geneva Motor Show

It’s too soon to say whether the fresh logo will be adopted by all cars as reports are suggesting Kia might use it only for its hybrids and EVs. Regardless, it’s refreshing to know a new logo could finally be on its way seeing as how the current badge with its rather bland design has been in use for as long as we can remember.

As a final note, it’s worth mentioning the Stinger sold in South Korea eschews the traditional corporate logo for an “E,” while the Mohave SUV has its own badge. 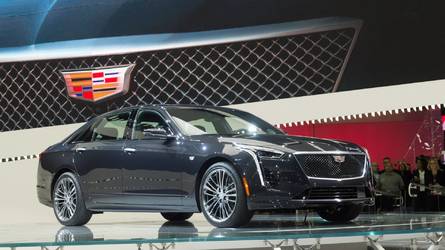