Does it look like a Lotus from certain angles?

The 2020 Chevy Corvette changed the game for the iconic model by putting the engine behind the passenger compartment for the first time. We're still months away from the C8 Corvette entering public hands, but that hasn't stopped HugoSilva Designs from imagining a new Corvette with a downright sinister widebody kit that does little to quell the Corvette's already busy styling. 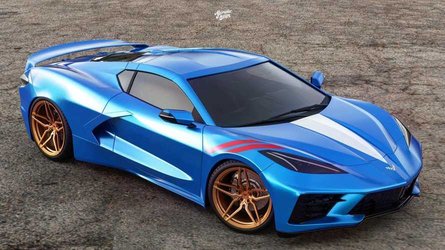 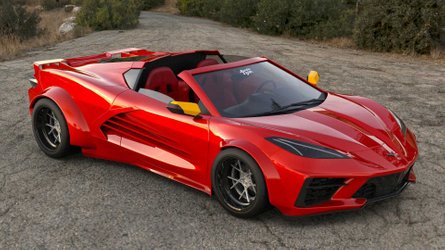 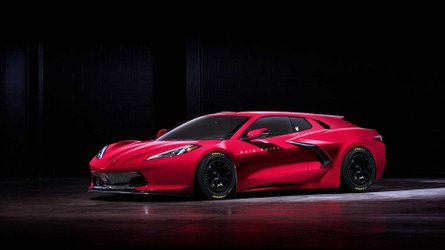 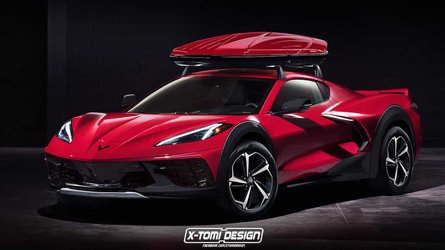 The trio of renderings shows a lowered and stanced Corvette with the wheels pushed to the corners and new sheet metal to cover them. At the front, there's an aggressive lower front fascia that hovers inches above the ground. The new front fenders arch over the big wheels tucked underneath. The design probably increases engine and brake cooling.

At the rear, the tires receive new, wider fenders that enhance the car's already pronounced hips. There appear to be additional vents at the back of the new fenders, likely aiding in cooling. The lower rear fascia is new, while the bumper has carbon fiber accents. The exhaust tips are unique; however, they do maintain the stock car exhaust's general shape and design. Then there's the massive rear wing completes the widebody kit. You can see hints of Lotus in the car's design from certain angles, too, but it's only a passing resemblance if you squint.

One aspect of the new Corvette that's flown under the radar since its debut in July is the aftermarket scene. Tuners and the Corvette go back decades, and they're not abandoning the mid-engine Corvette just because the engine moved. There will be body kits, intake and exhaust systems, and more for the car when it arrives, allowing customers to customize their ride further or increase its performance.

Right now, the automaker is preparing for the new model's launch and is seeking new employees to help with it. Production for the Corvette is set to begin in February with customer deliveries following. General Motors missed its self-imposed deadline of beginning production by the end of the year due to the UAW contract strike that lasted six weeks.