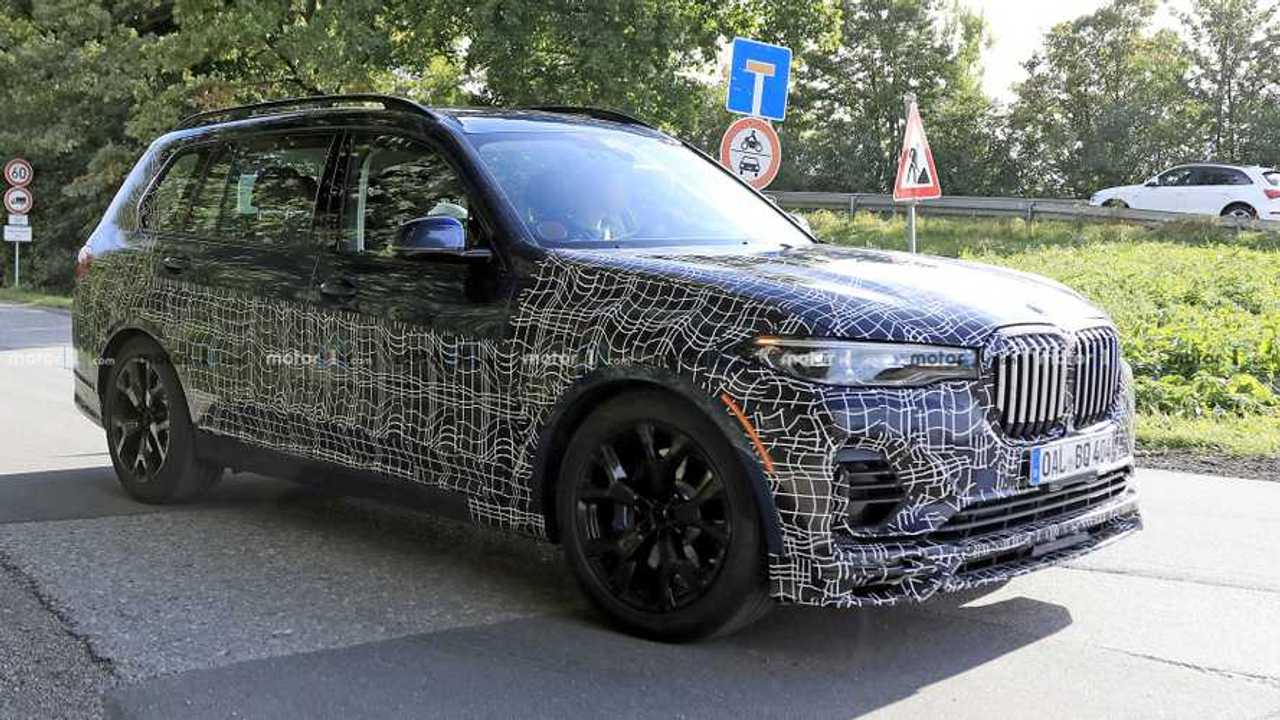 It's coming next year.

Alpina’s largest model to date is set to join the market sometime in 2020. According to the company’s boss, Andreas Bovensiepen, a performance version of the BMW X7 “would be great for the U.S." and what you are looking at in the gallery below is this particular vehicle. It’s called the XB7 and is still under development, as seen by the masked prototype.

Think of it as the closest thing you will be able to buy to an X7 M. Alpina will heavily retune nearly every aspect of the three-row SUV, including the powertrain, the suspension, the brakes, and the steering. That’s visible from this test car’s lower stance and larger wheels compared to the stock X7.

Word on the street is Alpina will develop two different versions of the XB7, one for Europe and one for North America. On the Old Continent, customers should get a diesel-powered model, equipped with a 3.0-liter inline-six diesel with more than 394 horsepower (294 kilowatts) and 560 pound-feet (760 Newton-meters). This engine could make the model the most powerful production SUV in the world.

Alpina XB7 Spied Wearing A Little Camo At The Nürburgring

In the United States, however, BMW’s 4.4-liter V8 should be under the hood in a slightly retuned version, delivering in excess of 600 hp (447 kW). A recalibrated eight-speed automatic will channel the power to all four wheels, through an xDrive all-wheel-drive system.

According to preliminary information, the Alpina XB7 will be launched first on the European market towards the first quarter of 2020. A few months later, the performance SUV will reach U.S. shores going on sale with a starting price of well above the X7’s $73,900 MSRP.