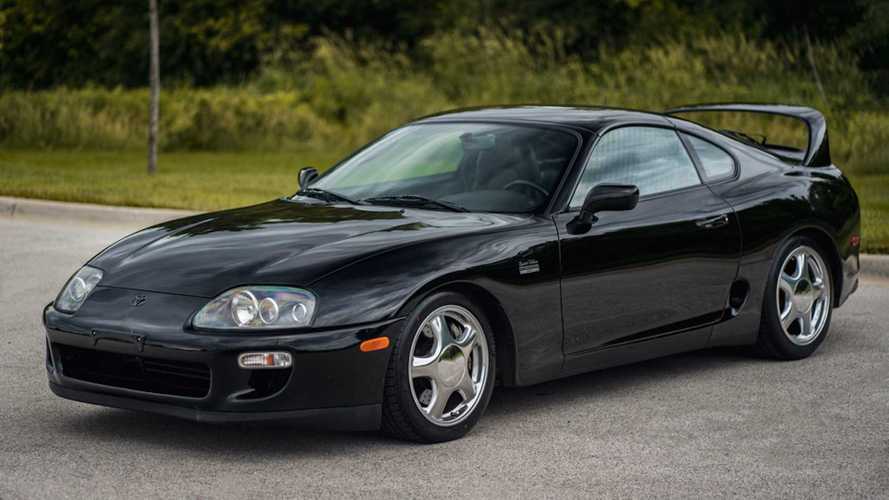 Sure, it's considerably rare but would you buy one for more than a hundred grand?

The Toyota Supra is no stranger in auctions, considering the history that comes with the nameplate. Even the A90 generation two-seater, the first one out of the production line, was sold for $2.1 million, albeit, for a charitable cause.

However, the glorification of the Supra isn't limited to its latest version. The A80 Mk4 generation has also gained traction among car collectors and you can attribute its popularity to the Fast and the Furious movie franchise, which catapulted the coveted sports car into pop culture, among other things.

But today's different – a 1997 Supra was sold at the Barrett-Jackson auction at a whopping $176,000. For the uninitiated, all Supras produced in 1997 were badged with Limited Edition 15th Anniversary, and the auctioned vehicle above was one prime example.

Even better, the one sold off was among the 376 Targa top models in this color configuration: black exterior paint job with a black cabin. With only 69,891 miles on its odometer and a clean look (it's stock with only an aftermarket exhaust and lowering springs modified), the auctioned Mk4 Supra was considerably a rare car and paying more than a hundred grand for it might sound like a steal. Or not.

Man Discovered In Trunk Of Dodge Challenger About To Be Auctioned

A quick eBay search for a 1997 Supra led us to a pre-owned example sold by LuxSport Motor Group, LLC. It's also a Targa top model with black exterior paint and a black interior, with only 63,000 miles on its odometer. If not for their differing VINs, we would think that the one auctioned above and the one from eBay are the same.