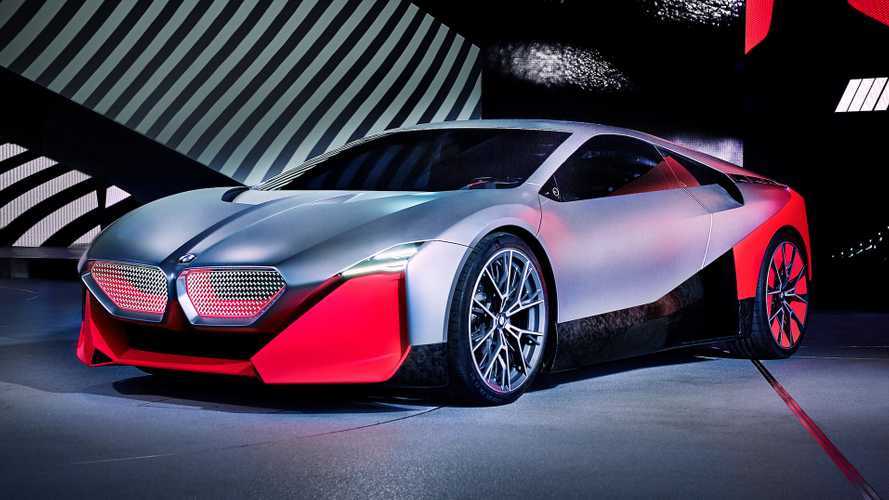 If you want it badly enough, BMW might build it.

Start a GoFundMe page, buy a billboard – if you want BMW to build the stunning, 600-horsepower (441-kilowatt) Vision M Next concept, that’s what it might take. According to BMW Chief of Engineering, Klaus Frohlich, the company might consider a production version of the concept, but only if there’s enough interest from potential buyers.

"We deliver what we promise," Frohlich notes in a roundtable interview with journalists at BMW’s NextGen conference in Munich. "In the end, I persuaded my CFO to support the project," he says. " But the possible road to production is in the hands of all of us – or more importantly, buyers potentially interested in taking home a production version. "This time I rely on you," Frohlich says to the journalists in attendance. "You have to write that you like it."

A production Vision M Next would also use some of the same components of the current i8. The i8's carbon monocoque tub would carry over most notably, he says. But the current, too-skinny P215 front and P245 rear tires wouldn't; the Vision M Next concept rides on wider tires to accommodate all the extra oomph, and so would a production version.

At first glance, we’re enthralled by the Vision M Next Concept. The sharply styled concept finished in a two-tone matte Thrilling Orange and Cast Silver paint job would make an appropriate successor to the current i8. That is if the i8 gets a successor at all. And with 600 horsepower (441 kilowatts) courtesy of a four-cylinder gasoline-electric hybrid powertrain, the Vision M Next Concept is more than just a pretty face.

BMW 4 Series Convertible Spied With Roof And Windows Down
⠀