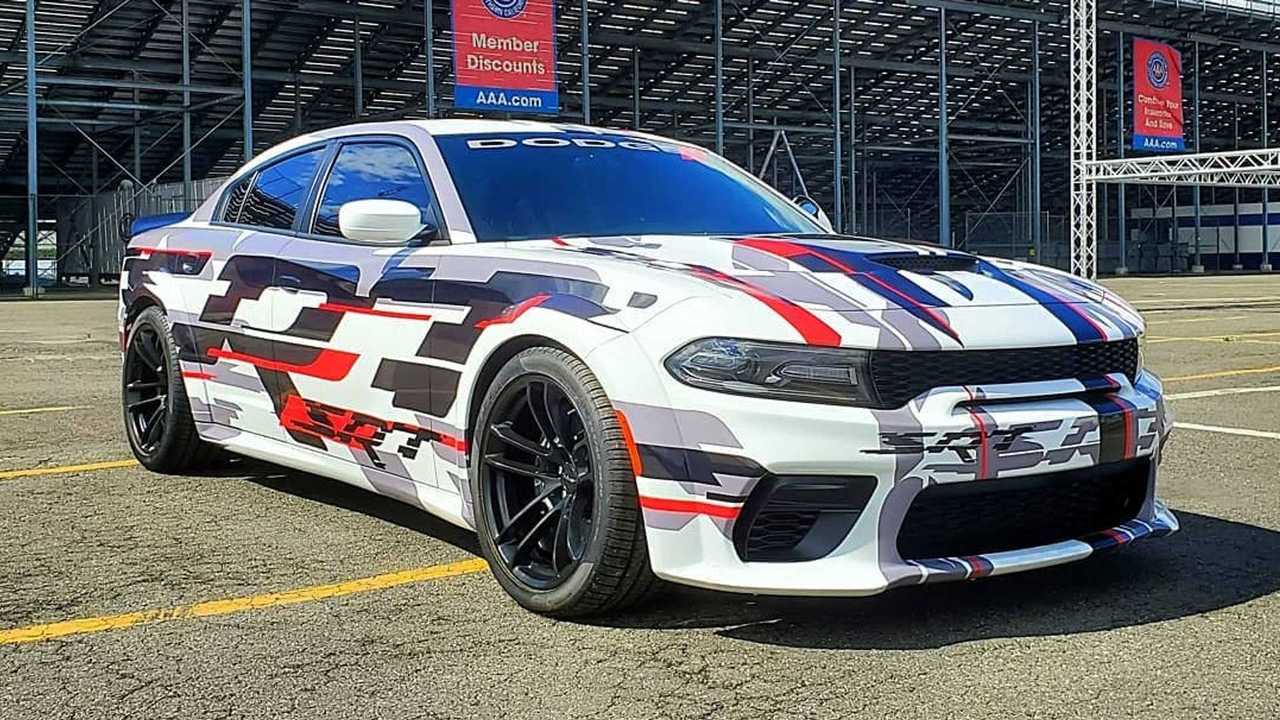 The powerful sedan could arrive before the end of the year.

The Dodge Charger Widebody Concept will allegedly spawn a production version packing 797 horsepower (594 kilowatts), according to Motor Trend's Jonny Lieberman without citing any specific sources for the news. He speculates a possible debut at the Los Angeles Auto Show in November.

The Dodge Charger Widebody Concept (see gallery below) debuted at the SoCal LX Spring Fest in March. As the name implied, the model featured wider fenders, in addition to a revised front end with larger inlets in the fascia. The rear had a large trunk lip spoiler and small openings behind the rear wheels. The sedan had black wheels with five sets of dual spokes.

Earlier rumors suggest the production version of the widebody Charger would have the upgraded version of the Hellcat's supercharged 6.2-liter V8 with 717 hp (535 kW). However, Lieberman's assertion of the model using the Redeye's 797-hp (594-kW) tune of this engine makes sense, too, because the mill is already in Dodge's parts bin.

The widebody Charger would also likely benefit from other performance modifications for handling the extra power. Expect tweaks like a revised suspension, retuned steering, and 20-inch wheels with sticky rubber to be among the revisions.

Given their similarities, the brawnier Charger would likely have similar performance specs as the Challenger SRT Hellcat Redeye, except the four-door layout would make getting into rear seats a whole lot easier. The hardcore Challenger hits 60 miles per hour (96 kilometers per hour) in 3.4 seconds and hits a top speed of 203 mph (327 kph). It covers the quarter mile in 10.8 seconds at 131 mph (211 kph).

Get A Better Look At The Widebody Charger:

As further evidence that a widebody Charger might come to dealers, a video in April 2019 caught one while Dodge was filming a commercial or promotional video. The recentness of the clip suggests the more muscular sedan could debut even sooner than November's LA Auto Show.